The Battery Miracle Will Transform Both Transportation And Power Generation 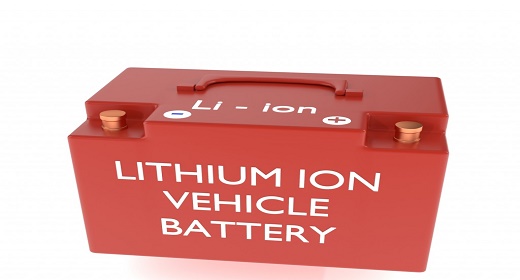 They enable much greater adoption and penetration of both renewable energy and electric vehicles — not just electric cars but electric buses and electric planes.

Since lithium-ion batteries have only just crossed the key price point for enabling widespread usage in both sectors — $300 per kilowatt-hour — we are really just at the beginning of the battery-driven clean energy revolution.

Bloomberg New Energy Finance (BNEF) projects that over the next 25 years, small-scale battery storage will become a $250 billion market. They “expect total behind-the-meter energy storage to rise dramatically from around 400 MWh in today to nearly 760 GWh in 2040″ — nearly a 2,000-fold increase!

BNEF projects that in 2040 over one third of all cars sold will be electric. That’s more than 40 million electric vehicles (EVs), almost a hundred times larger than the 2015 EV market. Battery prices are coming down so fast that within a decade or so, EVs will actually compete with gasoline-powered cars directly on sticker price — while having vastly lower monthly fuel and maintenance costs.

Also, it’s not just cars that are going electric. Buses are, too. Indeed, Ryan Popple, the president and CEO of Proterra, the leading U.S. electric bus company, makes a persuasive case that “Everything that has an urban drive cycle will ultimately be an electric vehicle.”

As for range, Tesla is already selling an EV with a 300-mile range! And we’re already at a point where EVs can add a significant charge in a matter of minutes. And, again, we are just at the beginning of the battery revolution.

“The battery industry today is driven by consumer products like computers and mobile phones,”explained one BNEF analyst. “Electric vehicles will be the driver of battery technology change, and that will drive down costs significantly.”

And as battery costs and performance continue to improve, they will find a growing use in the electricity storage market. Remember, the BNEF chart above is just for lithium-ion batteries for EVs.

BNEF now projects that “Batteries capable of storing power at utility scale will be as widespread in 12 years as rooftop solar panels are now, revolutionizing the way consumers use energy.” Their latest New Energy Outlook (NEO) identifies “Batteries Join the Grid” as one of the eight “massive shifts coming soon to power markets.” They offer up this projection:

And these remarkable projections may actually be conservative because they don’t appear to include the likelihood that “used” or “second-life” EV batteries could be available in quantity with a warranty at a cost below $100/kwh in the coming years.

As I discussed last month, major EV makers — BMW, GM, Nissan, Toyota — are already exploring how much value their EV battery has for use in the electricity storage market after that battery can no longer meet the strict requirements for powering its car.

In fact, we learned last year that the startup FreeWire “is buying repurposed Nissan batteries for $100 per kilowatt-hour.” We also learned Nissan is providing second-life battery packs a 10-year warranty. And these second lifers are all from Nissan’s expensive batteries from the original Leaf.

Imagine what might happen by the mid-2020s, when the far less expensive batteries from the next-gen EVs like the Chevy Bolt and Tesla Model 3 start being retired from EVs and repackaged for second use in the far less demanding arena of electricity storage.

Batteries are an enabling technology for zero-carbon energy to achieve deep penetration in both the transportation and power sector. For that reason, they’ll be a special focus of my ongoing series, “Almost Everything You Know About Climate Change Solutions Is Outdated.”

Finally, the battery miracle is so transformational, it is driving NASA, Airbus, and many other plane manufacturers toward electrification of air travel, as I’ll discuss in my next piece.