The Kundalini Awakening Process: The Inside Story

by Kara Lee Grant: It’s 7:15pm and I’m upside down on the carpet in front of the fire, balancing on my hands and knees, head hanging low, not quite touching the carpet… 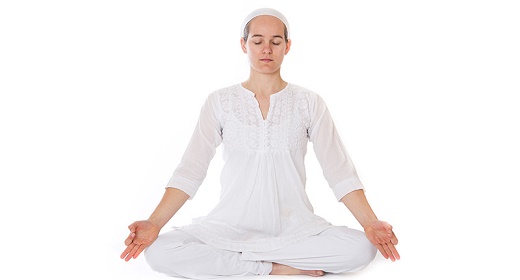 I’m meant to be on the computer, finishing off August’s Monthly Digest to send off to 2000+ subscribers. But Kundalini has other plans for me. There’s been pressure building up in my neck and head all afternoon, and now that my child’s gone to bed, I can feel what I need to do.

I forgo the computer, get down on the ground, not even bothering to roll out a yoga mat or change out of my jeans, and surrender to my breath and the flow of Kundalini.

An hour later, I’m still being taken through slow yoga postures. Most of the action is in my upper chest and neck area. There’s all kinds of popping sensations and the odd moan escaping from deep in my belly.

If I try and stop the process, and stay still, or do anything ordinary – like type this article – the energy feels stuck and starts to build towards a headache again. Only in surrendering into the spontaneous flow of movement do I find release.

This is Kundalini Awakening, as it happens for me.

It’s a process that’s been going on for more than a decade now. At times insistent, electric and over-whelming – like now – and at other times dormant.

I’ve learned, over time, to go with the flow – literally. Kundalini feels like a river of energy flowing through my body. I feel the channels – the nadis – as real as you might feel blood pumping through your veins when you sprint up three flights of stairs.

Mostly, I haven’t talked about the detail of my Kundalini experience because I didn’t want people to think I was crazy.

Now though, I don’t care. I’ve lived with Kundalini for so long, it doesn’t phase me anymore. Think of it what you will.

Tonight, it’s all I can do to get a first draft of this article out. All I want to do – all Kundalini wants to do – is lie down and breathe with awareness into my body, letting it move at will. And that’s what I’m about to do. It’s only 8:30pm, but I’m going to drink some serious water and go to bed.

Why the water? I did a Bikram class today, and just want to make sure the headache I’ve been experiencing isn’t dehydration. I don’t think it is – I’ve drunk plenty of water and I never, ever, ever get headaches. No, this is about Kundalini energy needing to move and getting stuck somewhere, building up pressure. But still, I’ve learned to make sure I take care of any possible material and physical needs first. There’s a danger once Kundalini starts moving of attributing every tiny thing in the body to her, and neglecting one’s real life needs.

It’s a real struggle to write this though. It’s like trying to hold back a damn by pushing two hands into the wall of it… this energy really wants to move.

And I’ll lie there and breathe, with awareness, following the movement of Kundalini around my body, softening into it, surrendering into it, letting go into, releasing into it.

Because that’s all I need to do – get out of the way. Kundalini does the rest. And what it does can be weird and strange and downright scary at times, but I’ve learned to trust the process. I’ve learned that it comes in peaks and waves. I’ve learned that there is an intelligence to it – a rhyme and a reason.

Who knows what will happen tonight?

Maybe the waves of energy will just come and go.

Maybe there’ll be some kind of memory that comes up, or experience.

It doesn’t matter. It never does. It justs a process. And all I’m required to do is show up.

I made it into my bedroom, and standing beside my bed did a few spontaneous Lion’s Breath, making a hideous deep growling sound like a trapped dragon.

It’s like there’s something choking me that wants to vomit out of my body.

I climb into bed and pull the covers over my head and breathe into my body. I find myself lying on my belly with one leg bent, a hand under the straight hip, the other hand under my heart. It’s only early, and I’m not tired, but I fall asleep immediately.

Dreams have been a huge part of my process, helping me to work through and understand parts of the unconscious, so I’m not surprised in the slightest to immediately fall into a meaningful dream.

I’m in a restaurant with my man, Leighton, and we are sitting on the ground, two young lovers looking for some peace and quiet and trying to avoid being seen by anyone… then I see my Pop sitting cross-legged along the wall and I’m so glad to see him! In that instance I know I’m dreaming because Pop died last December. It’s the first time he’s come to me in a dream and I’m over the moon to see him.

Pop! I call out and Leighton and I move over to a room where Pop is, kind of like an attic. I ask Pop how he is and he says something’s been bugging him on his right isde, and that’s why he’s still hanging around the earth plane.

As we’re talking, I’m starting to vomit and this long tendril-like thing comes out of me – like a deep plant root. I vomit it all out, somewhat embarrassed to be doing this in front of Leighton, but I know it’s necessary.

Finally it comes to the end and I know this because there’s tiny roots at the bottom of the tendril. There’s now a pile of plant-like material in front of me, almost as high as I am. That came out of me?

I turn back to Pop and say something about how ‘that’s the genetic line of the Grants, I’ve seen this in Dad and I’ve seen it in Pop too, and he should feel much better now. Whatever it was we were carrying, it’s gone now’.

That’s about when I wake up – enough to note the dream, to really pay attention to it. I go over it in my mind’s eye, paying attention to all the details. And then I fall back alseep again.

This morning, the energy has all settled and I feel very clear and energetic. Something has shifted inside me and I feel more balanced, like I’ve come more into my right side. It’s a clarity that persists for the rest of the day.

Whatever it was that needed to move, has moved. The information from the dream is interesting – something genetic, on Dad’s side of the family? – but also not important. There’s no need to figure out what it means exactly. All that matters is that the energy has moved through and out.

Although… earlier in the evening, I broke two out of the three plates that my Nana passed down to me (Pop’s wife). I was shocked when they broke – they were beautiful pieces of crockery, but I’d made the decision to put them into every day use so I could enjoy them daily. I stood and held the broken pieces for a moment or two, wondering at all they’d seen in my Nana and Pop’s life. Coincidence? Or somewhat relevant. I know what Jung would say…

This is the process of Kundalini as I know it. A multi-dimensional experience that is mostly an un-doing, or letting go.

It’s like pulling on tiny tthreads and unravelling something, bit by bit, bit by bit. Afterwards, I always feel clearer and lighter. Something has left me, something that wasn’t ‘me’ in any sense of the world.

If you don’t understand this though, Kundalini can be a frightening experience.

The energy I was experiencing that night was intense, the headache was painful, and the more I resisted it, the worse it got. If you didn’t know what was happening, you could easily get stuck on trying to stop it, or fix it, or stuck on trying to figure out what it was all about. All of that can block the process and make it worse.

Then I ask what it needs. Oh, I need to just stop and let it move through me.

Finally I surrender to that flow, getting myself out of the way as much as possible. Keep letting go, keep softening, keep releasing.

I pay attention to whatever insights might arise during this time, but I also don’t give them too much importance. The mind likes to attach to things, or make them bigger than they really are. This in itself can get in the way of a clear process.

It’s Sunday night now, two days since that experience, and I still feel clear and clean. It does feel like something profound has shifted or lifted in me. Kundalini is still there, in a soft and subtle way. more obvious when I stop to practice yoga or meditate. Not insistent though.

There may be nothing more dramatic for months. Or something may come up next week. I don’t know.

What I do know is I can trust my intuition in working with Kundalini, and I can trust Kundalini itself. It’s just an ordinary part of life – my life.