Choose A Man Who Will Serve Your Soul

by Monika Carless: “Your openness draws your man into you more deeply, and you feel him more fully inside of your heart… 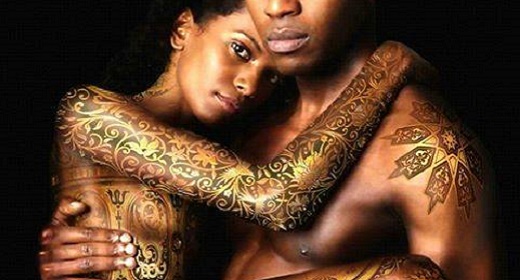 He relaxes his fears and enters you with more love, and you relax your fears and receive him more fully. Eventually, you both surrender so completely that there is no guarding or holding back at all. Sex becomes unbounded love.” ~ David Deida

You are awoken in a way that no longer draws an ordinary man. Wise woman, wild woman, ancient muse of artists and poets, you crave a partner who can discern your siren call.

You’ve been the shadow that’s slipped past him on moonlit walks, when he’s been searching his heart. He’s reached out to grasp you but the time was never right.

Like a wisp of wind, you’ve eluded him on his journey toward enlightenment.

Perhaps he was not ready, perhaps you weren’t either, while you’ve been soaking your bones in mystery and reading sacred texts, he’s also been feeding his mind with poetry and prose. Perhaps while you’ve been listening to the whispers of forest spirits and leaning against wise old trees, he’s been a step or two behind you, aching for the sound of your steps on the sodden moss.

Wild woman, spiritual seeker, choose a man who will feed your soul.

You have seen him in the cards, he’s illusive but he’s real. He’s a challenge, he’s unafraid to speak his mind. He’s a man who knows his path.

He’s the kind of man who will drink your essence but who won’t worship you, because he knows how real you need to be. He’ll admire your fire, he’ll melt at your touch—he’ll enter your soul through your eyes.

He’ll understand your independence, the many times you’ll leave his side. He’ll follow if you ask him but keep his dreams his own. He’ll tie you down only when you ask it, and then, he’ll do it well. A man who feeds your soul can feed your body as well.

He admires your solitude, he is turned on by your mind, he lives for your next breath of wisdom—wild woman—you’re everything he’s been looking for.

The books on your shelf, the incense in the air, the card splayed to tell his future, the chanting from your meditation room—all sacred food for him.

Choose a man who understands walks under the heavy, magical moon. One who will take your hand and trod through silently falling snow. One who talks to the stars and for whom the planets turn.

Choose a man whose smile will drop you to your knees. One whose mouth burns at the back of your neck and the bottom of your spine. One whose love leaves no question about its intentions—he’s knows that you’re the one.

Choose a man who’s not afraid of his sexuality or yours. He’ll crave what you cradle in between your hips, his tongue like honey and his manhood rising to meet your lust. While you croon a love song, while you drift across his lips, he’ll bring you to an ecstasy of ocean waves crashing to the shore.

Give him everything, mystic woman. Pour him some pomegranate wine. Give him a drink of forbidden fantasies, let him know you in your darkest form.

A man who feeds your soul craves you raw. A man who feeds your soul walks with the raven as his guide. He is at home in this world and the one in between, that place where spirits gather and everything is known. Let him feed you with his magic, the words only he can speak, the deep, rich timber of his voice caressing your ears while you lie stretched naked in his arms.

He won’t run. No matter what you reveal. Even if you say that dragons or unicorns or wicked spirits visit your nighttime dreams. Even if you utter words that only witches learned. Even if you tell him that once your body burned on a pyre of hatred and fear. Choose a man who will serve your soul. Who knows that you are the universe, the sea at midnight, the plaintive sound inside a seashell and the whir of hummingbird’s wings at dawn.

He knows that you are solitude. That at times you are a destructive wind. That sometimes you are the frozen tundra and sometimes the heat of a dessert isle. Sometimes he is those things too, and why he gets you and still stays.

So lay down your defenses. Put your sword in its safe place, drop that shield. He’s not going to hurt you, and if he does, it will be okay. You’ll understand each others weaknesses. Wild woman, let him in.