Pokemon Go Is A Glimpse Of Our Augmented Reality Future

by Jason Ganz: As every child knows, the world is a place of wonder, magic and adventure…

A walk through the forest becomes a journey into the lair of an ancient dragon or a hunt for ancient treasure. An abandoned house is consumed by dark spirits who must be avoided. An old wardrobe is a portal to another world. 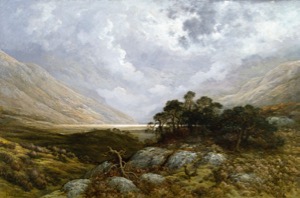 I wonder what’s out there.

When we were young these stories became as real to us as the ground beneath our feet. And although growing up has bestowed upon each of us a wealth of experience, knowledge and hopefully wisdom, I sometimes feel that the greatest tragedy of growing older is the loss of connection to these stories and possibilities all around us.

The myths and legends used to feel so real. They were defining aspects of who we were and how we interacted with the world around us. And I for one miss them greatly.

Which is why I am thrilled to tell you that not only can we reclaim this feeling, we can use it to create incredible works of consensus realities which will bring us entertainment, excitement, and hopefully,hopefully a deeper connection with others and ourselves.

I Want to Be the Very Best, Like No One Ever Was

“Dude, you’ve got to turn around—I need to catch that Diglet.”

When I said these unlikely words, I didn’t realize I was bringing back a feeling which seemed lost somewhere deep in the past. I was finally fulfilling one of the great childhood dreams of myself and millions of others. I was a real life Pokémon trainer, on the hunt for my next catch.

That is how I spent an hour of my life driving through Northern Virginia, stopping only to capture Pokémon and battle other trainers at gyms. And I was hooked. In the days since then, I’ve become a dedicated trainer, dashing through the city on my quest to be the very best.

The catalyst for my excursion was, of course, Pokémon Go, a mobile game recently released by Nintendo. Pokémon Go is no traditional Pokémon game, where players use a handheld gaming system to explore a digital world. Instead, it creates an augmented reality experience which turns the real world into the game map. Instead of exploring a virtual world to capture our Charizards and Venomoths, we have to venture out and explore the real world.

Pokémon Go is already a huge phenomenon and is well on its way to overtaking Twitter in terms of daily active users. By now, you’ve probably seen almost as many articles about Pokémon Go as I’ve seen Pidgeys in the game (quite a lot).

So, what’s the big deal? Is this the next Flappy Bird, or are we witnessing the birth of a new medium?

Pokémon Go captured lightning in a bottle because it is making us believe in stories again.

Pokémon Go turns everything we know about gaming on its head. You’ve likely heard of massively multiplayer online videogames like World of Warcraft. Pokémon Go is different. It’s a massively multiplayerreal life videogame (RL game). RL games have the power to take our beloved stories and franchises and bring them to life. Not only that, they can add a sense of depth, awareness, and somewhat ironically, mindfulness about the real world.

On my journeys through Washington, D.C. frantically hunting down Pokémon, something funny has happened. I’ve felt a much deeper sense of connection to the real world around me. I’ve noticed landmarks, paintings and statues that I have walked by 1,000 times without glancing at. I’ve explored neighborhoods that I’ve never gone to before. And I’ve had more friendly conversations with strangers around the city than in the previous six years combined. 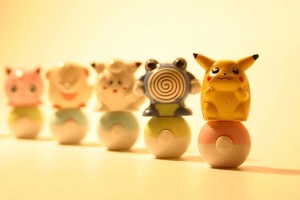 Let’s be clear, Pokémon Go is very much the infancy of this. The underlying mechanics are extremely simple, social features are next to nonexistent and the “AR” mode for capturing Pokémon doesn’t even try to make sense of the world around you.

Which is all the more incredible that Go is the single most compelling digital experience I’ve had in the past two years.

For so long, our most immersive and exciting media has demanded immobility. Our videogames and movies, our TV shows and books. These are all fantastic mediums which scream at us: “Come and get absorbed for a few hours! Leave the real world and your troubles behind!”

But RL games are here to say, “Let’s go explore the real world together. Come on, I’ll help you out.” And in doing so, they’ve started to bring back our stories.

Hopefully, RL games can help us again dream of a world of enchanted forests, hidden treasure and the glory of a storied adventure right here in our very own world.

And we’re just getting started.

Tearing Down the Walls Between the Digital and the Real

There is one problem above all others that drags Pokémon Go down. It’s not the simple game mechanics. And it’s not the spotty AR integrations.

Playing Pokémon Go on a smartphone is like trying to play World of Warcraft on a graphing calculator.

Walking around town hunting Pokémon is a joyful, thrilling experience. Having to constantly hunch over and look at your phone isn’t just annoying, it fundamentally disrupts the experience that Go could and will someday become.

Pokémon Go cries out to be played on an augmented reality headset like the Hololens or Magic Leap. And this fact is certainly not lost on the developers, who have already stated their goals of integrating new tech into the game as it hits the market.

That doesn’t just mean augmented reality. In fact, there’s another technology that might become just as key to the future of RL gaming: artificial intelligence.

AI: Bringing the Magic to Life

The most important thing to remember about the stories that we told when we were young is that they were deep. Even more, they were wild. We didn’t know all of the rules. And to be honest, we didn’t really want to. 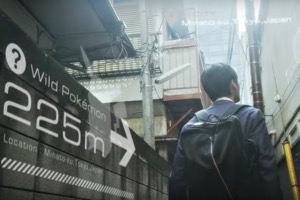 And this, if anything, may be the downfall of the first generation of AR games. The smartphone problem can be overcome, but for Pokémon Go to really work, it needs to get smarter.

Luckily we know it can. Funnily enough, the answer comes from another game called Go.

Earlier this year, Google’s Deepmind beat the top human player of the board game Go for the first time. This was a watershed moment in the history of AI. For years, beating Go was considered to be THE top goal in AI research. And Google didn’t just win, it created an AI that played with its own distinct style and creativity.

Here’s the thing, when AI comes to Pokémon Go, we won’t just play against it. AI will be running the game. The AI gamemaster will know that deeper forests contain bigger monsters. That you’re more likely to catch a Squirtle in a rain squall. That you may even have to trek to a volcano to catch that Dragonite.