Stages: Spiritual Awakening And Faith (What Stage Are You?)

by Karen M Black: There are four stages spiritual awakening and faith through which all of us must pass… 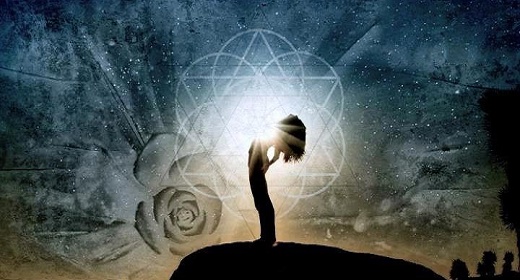 You may be born into a certain stage and stay there for the rest of your life. You may move through them quickly. You may even regress to an earlier stage.

However, as I understand it, you can’t skip a stage.

But I want to be clear here: the stages of spiritual awakening are not linear. They’re not really stages, either. They are ways we can choose to respond to what happens to us. We can move to the next stage. Or we can regress and go back a stage. Here’s what I mean by that.

For all of us, life will offer painful loss or what I call catalyst experiences. These experiences are part of life here on earth. The true test of which of the stages of spiritual awakening you’re at depends on your responses to loss or challenge in life. Because it’s easy to be a good person when life is going tickety-boo, right?

After the initial shock of a loss, you may seek vengeance or you may blame another person or institution. Or, you may initially be angry or sad, but then (in time) soften and increase your capacity to trust in something bigger than yourself.

The latter response is more powerful. However, we always have the free will to choose without judgment.

Further Along the Road Less Traveled (the unending journey of spiritual growth)was one of the first books that was recommended to me when I began my own heart explorations. I’ve since read it more than once. It’s an easy-to-read, insightful and painfully honest book.

In the book, author Dr. Scott Peck refers to the four stages of spiritual awakening which I found really helpful. Potential for the ‘higher’ levels exist within everyone. Here’s a short description of them. Which stage are you?

The first of the stages of spiritual awakening is really a state of absent spirituality. The folks at this stage are unprincipled. They lie to others and themselves. They are capable of pretending to be loving. However, all of their relationships are self-serving and manipulative.

This stage is chaotic because, having no guidance system other than their own will and desires, they have no inner compass (or outer structure) that balances them.

Sometimes, these people get a glimpse of the true destructive nature of their hearts, which can be painful for them. When they witness their own inner chaos, a Stage One may take their own life. Or… they may (quite dramatically) move to Stage Two. From the outside, this is the person who is suddenly “born again”.

In the second stages of spiritual awakening, a person completely depends on the external rules of an institution to control them. The institution may be a church or faith-based group. But it may just as easily be a prison, a cult, a corporation or the military. Most devout churchgoers are at the Stage Two level of faith. Stage Two people quote the rules of the institution instead of thinking for themselves.

These people become extremely upset if someone starts changing or challenging their rituals. They believe that God is an external being, separate from them, or that the leader they follow has higher powers. They may have a child-like relationship with the head of an institution, relying on that person, or small exclusive group of people, to take care of them.

Interestingly, the children of Stage Two religious parents often grow into Stage Three… where the next of the stages of spiritual awakening involves… skepticism.

The next of the stages of spiritual awakening involve folks who are deeply engaged with society. Frequently, they are educated intellectuals and pillars of their community: scientists, business executives, politicians and other professionals. They rely heavily on science, intellect and logic to define their reality. Sometimes, they are truth seekers. Sometimes, atheists.

At times, these truth seeker discovers enough of the puzzle pieces of life to catch glimpses of the mysterious nature of the universe. When this happens, they may realize that what they’re seeing looks like the ridiculous myths held by their rigid Stage Two parents.

If they continue to move further along the stages of spiritual awakening, they may then begin to shift into Stage Four.

Those at the fourth stages of spiritual awakening, are Mystics. Mystics, Scott Peck says, ‘are people who have seen a kind of cohesion beneath the surface of things’. They recognize and embrace the mystery of life. From every culture and religion, Mystics have referred to unity. Also, to community. They’re comfortable with paradox, and often explore paradoxical ideas in their work.

Mystics understand that the more they discover about life, the more new mysteries they will uncover. They are comfortable with the idea, that we may never know the Truth (with a capital ‘T’) of the universe. The scientists interviewed in the movie What the Bleep? are good examples of this…

Careful about labeling others! (you may be wrong)

The stages of spiritual awakening you experience will be unique to you. Your stages do not (necessarily) have to be tied to a church, or any institution. They’re also not easily recognizable in another from looking at the surface, so be careful not to judge others.

For example, a Stage One con artist could pretend to be a Stage Four mystic. A scientist who on the surface appears to be Stage Three might actually be a rigid Stage Two (yup, science can be a dogmatic religion, too).

Or, a Stage Four mystic may on the surface appear atheist (or be active in their church). Take Dr. Scott Peck. Earlier in his life, Dr. Peck identified with Buddhist and Islamic mysticism. Later in his life and until he died, he firmly committed to (non-denominational) Christianity. Interesting, isn’t it?