By Joshua M. Greene:  Fordham University has a campus at Lincoln Center in New York. A few years ago,the Dean of Continuing Education asked me to come up with ideas for an adult education series. We settled on a topic that we hoped would get a few sign-ups: Mysticism and the Spiritual Quest. The course was posted. Two weeks later, it was over-subscribed. 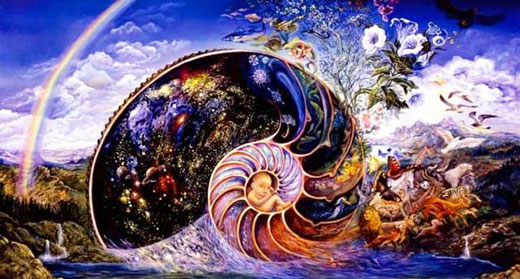 I was not used to teaching adult classes, and the response came as a surprise. Most of my lectures were at the undergraduate level, for young people who were looking for a passing grade, not enlightenment. Attendees at the Fordham course on mysticism were the diametric opposite: educated, accomplished, curious. Most of the attendees were around my age (60 at the time), and their questions were astute. We enjoyed each week’s discussion about meditation, transmigration, karma, and lives of renowned mystics from various traditions. None of the thirty Fordham attendees needed college credits; many were already retired. These people had signed on to enrich their minds. They were hungry to understand the journey to self-awareness and hear about ways they could take that journey for themselves.

But that posed a dilemma. In the academic world, there are protocols. One is to respect the line separating church and state. It’s fine to teach a course on mysticism, but not okay to advocate it. The foundation of mystic experience is an awakening to the difference between the external body and the internal self or consciousness. Was there a way for me to give the group an experience of that deeper self without veering into propaganda?

There is visualization exercise practiced in many wisdom traditions, and we tried it. It began with everyone sitting comfortably, hands on lap, and taking a deep, slow breath. Then we closed our eyes, and I asked the group to think back to childhood, to an important event that stayed in their memory: a birthday, a family trip, or even a difficult experience. We remained silent for a few moments, reliving that moment from childhood. Then I asked them to move forward to their teen years and do the same. After a few more moments, we moved forward once more to a memory from our twenties, then from our thirties, and finally something within the past year. Then we all opened our eyes and allowed our consciousness to return to the classroom.

“Where are all those bodies?” I asked. “We were able to recall moments from our earlier life because we were there. But where are the bodies we inhabited back then?” Biology says that the cells and molecules of the body constantly die off and are replaced about every seven years. If we are in our fifties, we have in a sense “reincarnated” six or seven times already. We inhabit today a completely different body from the one that carried us around in childhood. The consciousness remains, unchanged, unaffected by life’s traumas. We are the witness to those previous bodies, but we are different from them.

The sages of old had something important to tell us about growing older: we don’t. We remain the undying consciousness that animates the changing bodies. Death, from this perspective is just one more change ofbody.

Coming out of that session, we all agreed there was something exciting about “reliving” previous lives through such an exercise. We were so excited by the experience that we didn’t want to say goodbye. So we all went out for an Indian food lunch. A few of us have remained friends since that course. We get together from time to time for another Indian lunch and joke about meeting up in the next life and switching to Chinese.

Filmmaker/biographer Joshua M. Greene (Here Comes the Sun: The Spiritual and Musical Journey of George Harrison, 2007) spent 13 years as a monk in Hindu ashrams of India and Europe. He later served on the United Nations Peace Summit of Religious and Spiritual Leaders, as a professor at Hofstra University, and is now the resident Bhakti Yoga instructor at Jivamukti Yoga School in New York City. His latest book is Swami in a Strange Land: How Krishna Came to the West. See more on his website www.atma.org.