by Liberty Abaldovino: Om symbol. One of the most popular yet mysterious signs in Hinduism. It has become a ubiquitous sign that can be found the world over… 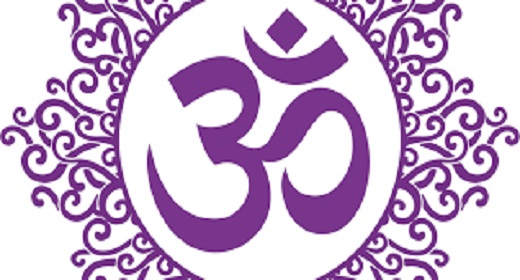 You can see it in yoga studios, business cards and logos, jewelries, shirts, key holders and so on.

But did you know that there’s so much more to the Om symbol than meets the eye?

The Om Symbol encompasses everything in this universe. It is still considered a mystery by many, similar to the mysteries that lie behind the religions of the modern world.

Bipin Shah, in his paper, “Mystery and Origin of “Aum/OM” Mantra” has this to say about the Om:

“Most faiths have trinities in their roots like Hinduism, where “Om” is thought to have been first expressed. The modern Experts say these syllables can represent a slew of trios, including: the heavens, earth, and the underworld; the Hindu gods Brahma, Vishnu, and Shiva (creator, preserver and destroyer) also in Christian world Father, Son, and Holy Spirit. The Islam does not accept the concept of trinity like Jainism but theword Allah still uses Ohm symbol in side way.”

Think of it as a bridge that connects the three states of our being: physical, mental and the unknown. It is infinite. It is divine. It is the beginning and the end. It is vague. It can be anything and everything – the deep rumbling of the earth, the clearness of a sunlit sky.

The Khandogya Upanishad encourages meditation on the Om symbol, considered a sacred syllable that had to be pronounced at the beginning of each Veda  and of every recitation of Vedic Hymns.

The Om sound, as experts believe, is an incantation to pay homage to the powers that allow the very existence of the universe we are in. Thus, it is considered, primordial, as old as the universe itself.

The Om symbol is the visual representation of Om, the abbreviation of the Sanskrit word “Omkara”. It is used in many religions, ancient and modern. As such, it has many different names, which you can see in the table below:

At first glance, the Om symbol looks like the number 30 with a hat.

But did you know that the entire figure is made up of different shapes that have meanings?

Experts say that the symbol represents the three letters of OM. Think of the Om symbol as a pattern that maps the transition from the waking state to the absolute state.

It all starts at the bottom curve, known as the waking state. This is the state that most humans experience. At this point, a person can still be affected by the realities of the world, thus the big shape that’s turned outwards. He can feel everything with his five senses.

As a person goes deeper into Om, he reaches the unconscious state which is represented by the upper curve in the number three-like figure. Here, he goes into a deep, dreamless state. His senses are shut down, no thoughts or desires.

Then he goes into the dream state, the middle curve that looks like a small letter s. As you may notice, the curve is turned inward. This means that the person’s consciousness is now focused within himself and sees a world that exists in his dreams.

But the mind’s journey towards the absolute state (the fifth state) is not without obstacles. It has to pass through the fourth state, where illusions, also known as maya, tries to block the path towards spiritual development.

Constant, dedicated practice will enable the person to reach the Absolute State, the highest state of bliss, represented by the dot. This is where the person is unaffected by anything and everything. It illuminates all the other phases of consciousness.

To people who hear the Om for the first time, it sounds just like that – Ommmm.

But yogis and those in the know are aware that the Om is made up of three sounds: A, U, and M. Sounded together, they form that distinct Om sound.

Sounding it properly requires some practice. Here are some tips on how to do it:

Om Symbol: How It Helps You Meditate

In this busy and troubled world, meditation can be very difficult, with all the noise and goings-on in your head and your surroundings.

Om, when properly done, can help you isolate yourself from the rest of humanity, allowing you to connect with your inner self and stabilize the brain. And this has scientific proof! Ajay Anil Gurjar , Siddharth A. Ladhake, Ajay P. Thakare recorded and analyzed the Om chanting of a group of males and females, aged 30-40 to see its effects in the nervous system.

This is an excerpt from their findings:

“From this we could conclude that chanting OM mantra results in stabilization of brain, removal of worldly thoughts and increase of energy. It means that concentrating on OM mantra and continuously doing it slowly shifts our attention. It is reflection of the most fundamental interlocking processes in our bodies…the harmony we play echoes the harmonic relationships of every vital system i.e. our heartbeat, our breathing, our brainwaves pulsing, our neuronal firing, our cells throbbing, our metabolic, enzymatic, and hormonal rhythms and our behaviors in our addictions and our habits. In this sense OM mantra is a brain stabilizer, by practicing it one can enter deeper and deeper into the own natural state, which is also an energy medicine for human being under stress. “

And as all yogis know, a calm mind is the foundation of good meditation.

What do experts say about Om?

In his Ted Talk, “All about Om,” Khurshed Batliwala explains that ancient experts were already aware of all the things happening in the world right now because of Om and meditation. By using the power of their mind, he said, “they could calculate and invent unimaginable things for that time and age. One such is the rust-proof iron pillar standing in New Delhi. This iron pillar, made thousands of years ago, refuses to rust despite Delhi’s weather and pollution! The technology of that period cannot be repeated even today. This was achieved by delving deep into the secrets of the universe through meditation.”

Mantras have been used by ancient farmers to ensure a healthy harvest. There have been previous studies, but Heisnam Divi, N V C Swany, and H R Nagendra wanted to present a qualitative study to pinpoint the mantra that positively affects seed germination. Their paper, “Spectral Analysis of the Vedic Mantra,” shows that.

There’s a mountain in the Himalayan Range called Om Parvat. When snow falls on the area, it forms a distinct Om symbol, thus the name.

In the 1976 movie “The Pink Panther Strikes Again” Peter Sellers wears a necklace bearing a pendant with the Hindu Om symbol in several scenes. Sellers’ friend George Harrison, a Hare Krishna devotee, told of how he and Sellers, on a plane caught in a terrible storm, chanted the Hare Krishna mantra until it safely landed.

The Om Symbol is so popular; it is used by several businesses all over the world, most notably: Lululemon. Omega Swiss Luxury Watch Manufacturer, and Ohm Electric Bikes.

Even Hollywood celebrities have their lovely bodies tattooed with the Om symbol: Tommy Lee and Miley Cyrus to name a few.

These are just some of the amazing facts about the Om symbol. Do you know of others? Then please feel free to write your Om fact or trivia in the comments box below.