Ed and Deb Shapiro – How Do You Treat Your Waitress?

by Ed and Deb Shapiro: We had a TV series in London. One of our fellow TV presenters seriously upset the camera crew when they arrived at his house… 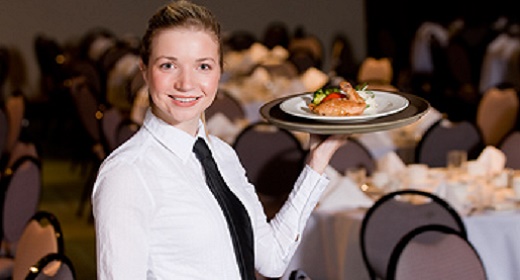 He was rude and dismissive, essentially putting himself on a pedestal and treating them like lowly workers.

Minutes later, when the camera was turned on, he became the perfectly smiling spiritual icon he was publicly known to be. But, as the crew told us later, he had already shown them that he didn’t walk his talk.

In contrast, Ed was meeting with Jo, our TV producer, in a small London café. If you have ever been to London you’ll know that in such café’s the tables are very close. Two well dressed African men sat down next to them, which effectively meant they were sharing the same table.

Usually, if you sit next to someone in a big city café, they don’t even make eye contact, let alone conversation. Jacob had never met Ed before so he could have been distant and polite, he certainly didn’t have to talk, let alone maintain communication, which he did over the following few years. He even hugged him!

How we walk our talk shows far more than just our public behavior. Rather, it highlights how we view the world and our place in it. A few days ago a friend was telling us that a business agreement she had been nurturing for over three years had abruptly come to an end.

“He wanted to exclude me from part of the discussion, which I said was absolutely not agreeable. So he said that was that and he got up and left.” But instead of being shattered after losing the years of work, she felt a huge relief. He had shown her his true colors. As she said, “He had shown me how he treats the waitress.”

We met with the Dalai Lama at his residence in India. While we waited for the meeting Ed was standing on the veranda, enjoying the beauty of the mountains stretching in front of him, when he saw a monk at the far end of the veranda trying to get his attention by beckoning us to come.

We thought this monk would bring us to our meeting but as we came close to him we realized that he was the Dalai Lama. In traditional Buddhist custom, we immediately began to prostrate but he took our hands and lifted us up, saying, “No, no, we are all equal here.”

That teaching stayed with us. As Deb first thought, ‘Oh sure! You are the great Dalai Lama, spiritual leader to millions. How can we possibly be equal?’

But over the following months she felt his words in the core of her being and experienced the true equality he was referring to: the equality of our shared humanness and, simultaneously, our shared heart.

The Dalai Lama showed us how he treats a waitress—with the impartiality, consideration and respect that he treats all beings. No matter who we are, whether a street cleaner or a president, we are all equal, here together as one human family.

Ed & Deb are the authors of many books. Deb is the author of award-winning Your Body Speaks Your Mind, now in 21 languages. They have three meditation CDs. See more at EdandDebShapiro.com