by Rabbi Rami Shapiro:  Roadside Assistance for the Spiritual Traveler. 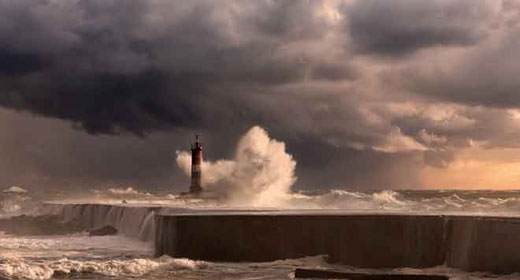 I’m being hounded by evangelicals calling me a sinner and threatening me with Hell. How can I make them stop?

Rabbi Rami: If you politely ask them to leave you alone, and they persist, I suggest deepening the conversation by asking them questions like these: “The God I know loves unconditionally, but yours loves only those who agree with you. Why would I believe in a God who is nothing more than an extension of your ego?” and “For all your insistence that God is love, all your talk is about eternal damnation and Hell. Why do you believe in a God who scares you so?” Tell them the best way to interest you in their faith is to live a life so filled with compassion and love that you are compelled to ask how they achieve it. Living their faith well is more powerful than talking about it endlessly.

What do you make of Ark Encounter, the new Noah’s Ark theme park in Kentucky?

Two thousand years ago Rabbi Ben Bag Bag said, “turn her and turn her for everything is in her” (Pirke Avot 5:19). The “her” is Torah, the Five Books of Moses. Turning Torah is an act of literary creativity and spiritual imagination that continually finds new meanings in this ancient and multilayered text. Ark Encounter flattens the Bible into a one-dimensional cartoon incapable of turning. This is an insult to the Bible, and anyone who loves her should be saddened by what has been done to her.

Like you, I’m Jewish, but I’m not religious. What is your relationship to the religion of Judaism?

Jews are my tribe. Judaism is my culture. But my religion is Perennial Wisdom, a set of four truths found in all religions:

I am drawn to those Jewish texts, teachings, and practices that reflect Perennial Wisdom; I am uninterested in those that don’t.

I’m an atheist (there—I said it!), but I’m also partial to Buddhism. Is there such a thing as Buddhist atheism, Buddhism without supernaturalism?

In his very first sermon the Buddha said, “I teach one thing and one thing only: suffering and the ending of suffering.” Original Buddhism was a-theistic, without a God. As Buddhism spread across cultures it absorbed ideas from those cultures, and it developed a variety of supernatural notions about which the Buddha himself knew nothing. Two books might be of help to you: Stephen Bachelor’s Buddhism Without Beliefs and Walpola Rahula’s What the Buddha Taught.

What’s the difference between organized religion and faith, and which of these does the Bible support?

Organized religion is a system of ritual and belief governed by a clerical elite whose primary concern is to maintain power and control over the religious. Faith is the innate human capacity to awaken to and engage directly with Reality manifesting in, with, and as all things. The Bible supports both. When the Bible divides people into Chosen and not Chosen (Deuteronomy 7:6), sheep and goats (Matthew 25:31–33), the saved and the damned (Mark 16:16) it is laying the groundwork for organized religion. When God calls us to be a blessing to all the families of the earth (Genesis 12:3), and when Jesus calls us to follow him rather than worship him (Matthew 16:24), the Bible is speaking of faith. Religion is the easier of the two. Faith the more desperately needed.

I can’t believe that we human beings with all our complexity and genius just come to an end. Don’t you think we must survive death if our lives are to have any meaning?

I don’t think our lives have meaning, I think living is about making meaning. In your way of thinking meaning is dependent upon dying. My way is different: live meaningfully now, and worry about the afterlife only if you find yourself living in one.

My neighbor blames hurricanes, tornadoes, and droughts on God’s hatred of gay people, and yet she said nothing regarding the mass shooting at a gay nightclub in Orlando. This was clearly an attack on gay people done in the name of God. Why is she silent?

Here are two possible reasons: First, chances are the God invoked by the Orlando shooter is not the God invoked by your neighbor, and while both Gods may hate gay people, supporters of each are loathe to credit the other in these matters. Second, invoking God to explain natural disasters is very different from imagining God sending a terrorist as a servant of his wrath to murder 49 innocents. This probably makes God more evil than even your neighbor can handle.

I’m impressed that almost every religion believes in Hell. Does this prove Hell exists?

No, it only proves that religious leaders are good marketers. Religions, or rather certain kinds of religion, use Hell the way toothpaste companies use halitosis, and deodorant companies use body odor: to scare you into buying their product. The fact that each religion reserves Hell for those who violate its particular set of sacred behaviors and beliefs, and not those who violate the beliefs of other religions, suggests that each religion uses Hell for its own benefit. Rather than worry about Hell, do something to make earth a bit more heavenly.

One For The Road

I belong to a very liberal church, and when it comes to religion it is a perfect fit. But politically I am conservative and plan to vote for “He Who Cannot Be Named” (at least not in my church). I’m feeling very isolated, as if I shouldn’t be a member here if I can conceive of voting for him. How can I share my whole life with my church family if I’m judged so harshly?