by Clair Baron: More than thirty years ago, as an anthropologist doing fieldwork among the Yaqui Indians in the state of Sonora, Mexico, Carlos Castaneda met a Mexican Indian shamannamed don Juan Matus… 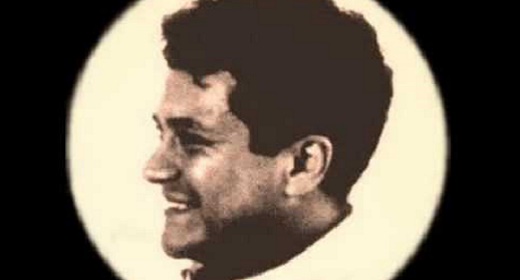 Don Juan became his anthropological informant, and then his teacher. He introduced Carlos Castaneda into the cognitive world of the shamans who lived in Mexico in ancient times, and who were the founders of his lineage of
shamans.

Carlos Castaneda has written about his apprenticeship with don Juan in nine
best-selling books, beginning with The Teachings of don Juan: A Yaqui Way of
Knowledge in 1968, and most recently, The Art of Dreaming in 1993. All nine books
are still in print, and have been translated into more than seventeen languages.
Scheduled to appear in 1998 is a new book from HarperCollins by the author, entitled
Magical Passes: The Practical Wisdom of the Shamans of Ancient Mexico. Here, Carlos
Castaneda provides the reader with direct instruction on the magical passes, a
series of bodily movements taught to him by don Juan Matus. Tensegrity is the name
given to the modern version of these movements, and the name of a series of three
videos which have appeared over the last year and a half, drawing enthusiasts to
filled-to-capacity workshops on Tensegrity in the U.S., Mexico, South America and
Europe.

Clair: What is Tensegrity?

Carlos: Among the infinitude of things that don Juan taught me were some bodily
movements which were discovered and used by the shamans of ancient Mexico to foster
states of profound physical and mental well-being. He said that those movements were
called magical passes by the shamans who discovered them, because their effect on
the practitioners was so astounding. Through practicing these movements, those
shamans were able to achieve a superb physical and mental balance.

Clair: You say that those movements were “discovered”…

Carlos: Don Juan explained to me that in specific states of heightened awareness
called dreaming, those men and women were able to reach levels of optimum physical
balance. They were also able to discover – in dreaming – the exact movements that
allowed them to replicate, in their hours of vigil, those same levels of optimum
physical balance.

Clair: Why weren’t these movements mentioned in your earlier books?

Carlos: The magical passes became the most prized possession for the shamans of
Mexican antiquity who discovered them. They surrounded them with rituals and mystery
and taught them only to their initiates in the midst of tremendous secrecy. This was
the manner in which don Juan Matus taught them to his students: Taisha Abelar,
Florinda Donner-Grau, Carol Tiggs and myself. I never touched on the subject of the
magical passes because they were taught to me in secrecy and to aid me in my
personal need; that is to say that the passes that I learned were designed for me
alone, to fit my physical constitution.

Each of his other students has a set of magical passes taught exclusively to them,
exclusively geared to each of their energetic configurations – to their
personalities. The four of us, being the last link of his lineage, came to the
unanimous conclusion that any further secrecy about the magical passes was counter
to the interest that we had in making don Juan’s world available to our fellow men
and women.

We decided, therefore, after a lifetime of silence, to join forces to deal with the
magical passes and to rescue them from their obscure state. After years of effort,
we succeeded in merging our four highly individualistic lines of magical passes into
modified units of movements applicable to any physical constitution, and all of us
together arrived at composites that fulfilled our innermost expectations.

We call these composites Tensegrity.

Clair: What is the difference between the magical passes of Tensegrity and other
forms of exercise like aerobics or calisthenics?

Carlos: The difference between the magical passes and aerobics or calisthenics is
that the latter are designed to exercise the surface muscles of the body, while the
magical passes are the interplay of relaxation and tension at a deep bodily level.
The magical passes go beyond the musculature to the glandular system: the base of
energy in the body.

Don Juan said that the movements were viewed as magical passes from the first moment
that they were formulated. He described the “magic” of the movements as a subtle
change that the practitioners experience on executing them; an ephemeral quality
that the movement brings to their physical and mental states, a kind of shine, a
light in the eyes. He spoke of this subtle change as a “touch of the spirit”; as if
practitioners, through the movements, reestablish an unused link with the life force
that sustains them. He further explained that the movements were called magical
passes because by means of practicing them, shamans were transported, in terms of
perception, to other states of being in which they could sense the world in an
indescribable manner.

Clair: What would you say to those who have never done the movements? When can one
expect “results”?

Carlos: The positive results are almost immediate, if one practices meticulously and
daily – increased energy generates calmness, efficiency and purpose. We all want
instant enlightenment, instant expertise; that’s the flaw. Don Juan used to say the
collective malady of our day is our total lack of purpose. He repeated to us
endlessly that without sufficient energy there is no way of conceiving any kind of
genuine purpose in our lives. The magical passes, by helping us store energy, help
us to grasp the idea of purposefulness in our thoughts and actions.