by Alejandro Dávila Fragoso: There will be two million electric cars on the road by the end of 2016… 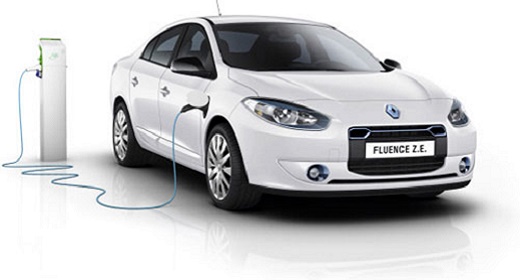 Despite low oil prices, plug-in electric vehicles (EV) are charging forward worldwide, with more than 2 million expected to be on the roads by the end of 2016, according torecent market figures.

The rise in sales is attributed to a growing Chinese market, followed by sales in Europe and the United States, where Tesla Motors Co. is now dominating the luxury sedan market, according to recent reports.

And though EVs are a fraction of the global vehicle stock — less than 1 percent— the industry is growing about 10 times faster than the traditional vehicle market.

“What we have seen over the past few months is a complete culture change.”

This increase could be significant for public health and the environment in the United States and elsewhere. In the United States, transportation is now topping the electricity sector as the largest source of carbon dioxide emissions, a key factor in human-caused climate change.

Moreover, fossil-fuel vehicles are known to be major contributors of air pollution associated with asthma, allergies, cancer, heart conditions, and premature death, according to the United Nations. And while EVs can reduce air pollution in cities, they also mean less oil extraction, which comes with air pollution and environmental issues of its own.

Right now, EVs’ presence is too small to affect fuel consumption and greenhouse gas emissions from the transportation sector, according to a 2016 International Energy Agency (IEA) report. However, the IEA noted this could soon change, with countries like Norway, the Netherlands, and China boldly turning to EVs as they aim to slash emissions in the next few years.

Norway, a small but rich nation, is now leading the world in EVs. One in three new cars sold there is electric, and that proportion is increasing due to tax breaks and investment in charging infrastructure, The Guardian reported. TheNetherlands is following closely, since, like Norway, it wants to phase-outfossil-fuel cars within the next decade. According to a Transport & Environment report released Thursday, EV sales in Europe doubled last year to 145,000.

In China, the rise of EVs is noteworthy, too. There, one in four cars is electric. “What we have seen over the past few months is a complete culture change,” said Greg Archer, clean vehicles director at Transport & Environment.

This growth is expected to continue around the world. Some studies suggest that by 2030, EVs could account for two-thirds of all cars in wealthy cities like London and Singapore. That is likely to happen thanks to stricter emissions rules, consumer demand, and falling technology costs.

Batteries, a major factor behind high EV costs, are getting 20 percent cheaper every year, according to EV Volumes.