What Is The Meaning Of Life If Society Doesn’t Need You To Work Anymore?

by David J Hill: If you have a job, odds are society benefits from your work, and theoretically, the compensation you receive is how the marketplace values your contribution… 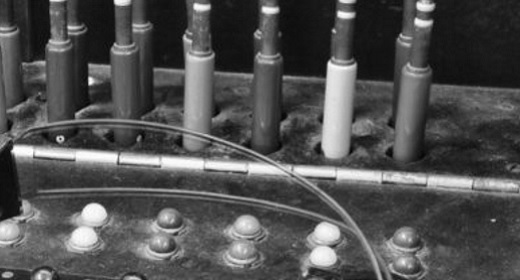 All other things equal, the better you are at your job, the better the compensation. But the vast majority of people in the world aren’t the best at what they do (think about the math for a moment). Truth is, most of us aren’t rockstar anythings…we’re just doing the best we can, but hey, we’re still contributing as evidenced by a paycheck.

At the same time, most people aren’t really satisfied with their jobs — possibly because a lot of positions aren’t necessary. Most would rather do some other kind of work that more closely aligns with their passions or hobbies. But people need a certain amount of money to live, so they take work that meets their and their family’s needs. It’s a tradeoff, but most feel it’s more ethical to sacrifice your interests for stable pay.

That’s the world of today, but in the future, could both of these notions get upended?

Possibly. Some will soon find that the contributions they make to society are no longer valued compared to what artificial intelligence and robotics can achieve. Instead of just some humans being better at your job than you, low-cost technologies will be. As machines take over this work, would we really want to fight for these jobs? After all, if the contributions we’re making to society aren’t really what we care about anyway, why fight for jobs we can’t stand, especially if a universal basic income was instated?

At an Executive Program hosted by Singularity University, four faculty members —Paul Saffo, Jeremy Howard, Neil Jacobstein, and Kathryn Myronuk — explored these topics during the Future of Work panel. The issue at hand: What are people going to do in the face of these disruptive changes?

Neil Jacobstein, co-chair of Artificial Intelligence and Robotics, offers one possible route forward: “You have to spend some time educating people about how they can do self-development, how they can move up Maslow’s Hierarchy of Needs — that’s part of what education should be about.”

Approached from another angle, Kathryn Myronuk, who focuses on Synthesis and Convergence, suggested the parts of society that are soon to be automated will become part of the ‘background infrastructure’ — like roads, electricity, and Internet access —  that enables our lives.

In a recent article, Ray Kurzweil addressed a similar question regarding what good humans will be when robots are everywhere. His answer was that we’ll create new jobs that will require new skills. Reinventing work is an intriguing way to think about the future of employment, but whether it could be utilized for the masses remains to be seen.

With the acceleration of emerging technologies, we can expect growing pains with regards to employment, but that doesn’t mean there aren’t viable paths to a better existence. In fact, after we ride out the turbulence, we may all find we finally get to have the best of both worlds, wherein we value our work and our basic needs are met.

Here’s a clip from the panel discussion to get a sense of where things might be headed: