How To Forgive And Let Go

by Deepak Chopra: Everyone has things in their past that linger no matter how much we want to forget them… 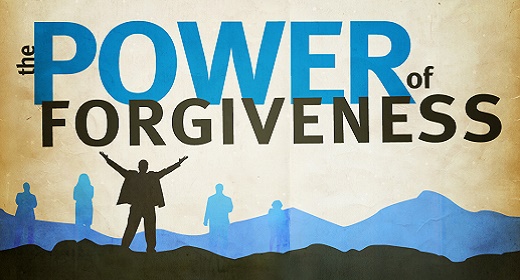 Bitter memories, whether form childhood or broken relationships, can be hard to forgive. Then there are failures in one’s career that create self-doubt and insecurity today. The key is learning how to forgive and forget. Being able to forgive allows you to let go of the past. This isn’t something that always comes easily. Holding on to old grudges, resenting an ex-spouse, rekindling ancient grievances–the range of troubles brought on by an inability to forgive the past is vast. At any given moment, the majority of wars and civil conflicts around the world would end if one or both sides could simply forgive. Why don’t they?

The answers take us to the individual level, because no matter how large or small the conflict, lack of forgiveness is personal. Think back to someone you can’t forgive, and your reason will fall into the following categories:

You’re waiting to be proved right.

You feel a sense of righteous anger.

You’re sure the other side doesn’t deserve forgiveness.

You think they should forgive you first.

They crossed a line that should never be crossed.

You’re so emotional you can’t even think about forgiveness.

You’re scarred by a deep wound.

You don’t believe in forgiveness to begin with.

Human psychology is complex, and when hostility has a tangled story behind it, almost all of these reasons could be involved. Grudges fester and take on a life of their own when forgiveness isn’t present. I think it’s unrealistic to forgive someone unless you’ve actually resolved the reasons you have for blaming them. “Just let go” sounds good, but psychologically speaking it takes a process before you feel ready to drop your grievance.

The steps of forgiveness are straightforward enough, and we’ve all gone through them.

1. You decide that being angry and resentful has lasted long enough.

2. Your sense of blame no longer dominates.

3. A circumstance arises that allows you to communicate your desire to forgive.

4. You open yourself up to the one who hurt or offended you.

5. Better feelings begin to flow between you.

6. You see the other person’s viewpoint.

7. The old grudge is settled and no longer has the energy to spring up again.

These steps form a sequence that can only unfold if you take the first step, deciding that you’ve had enough of blame, anger, and resentment. In other words, there must be a shift by the rational mind. Anger is a powerful emotion, but not all-powerful. It can be subdued by reason, and in most cases, finding a reason to start the process of forgiveness is absolutely necessary.

Faced with something or someone you simply cannot forgive, including yourself, you need to reverse the reasons that keep you holding on to your anger and blame. Let’s review them in that light.

You’re waiting to be proved right.

Reversal: You realize that it’s not that important to be right. Good relations with anyone else, including your past self, depend on flexibility, a give and take. Besides, the act of waiting keeps you stuck. If you want to move on with your life, being stuck in the past prevents that from happening.

Reversal: Test the proposition that revenge is sweet. How often does revenge only bring on the next argument, war, or resentment? Consider that things will happen after you get your revenge, and those things aren’t under your control. Since revenge is almost never a final act, unintended consequences always loom. Finally, admit to yourself that the fantasy of revenge is an empty form of self-gratification.

You feel a sense of righteous anger.

Reversal: Feeling righteous is a way to connect a destructive emotion (anger, blame, resentment) to something positive, a sense of justice. But in reality the emotion hasn’t lost its negativity; you’ve merely cloaked it in a rationalization. True justice is impartial. It requires the kind of balanced equanimity that anger only distorts.

You’re sure the other side doesn’t deserve forgiveness.

Reversal: Apply common sense. Have others in your situation found a way to forgive? Did that decision work out better than holding on to a grievance forever? Look at the other side as impartially as you can. Do you see nothing but unmitigated wrong? Perhaps your certainty has stubborn bias behind it.

You think they should forgive you first.

Reversal: Consider what you would lose if you made the first move. Would you actually lose anything? Fears of being humiliated, rebuffed, or opposed are based on emotion. If you examine hostile situations that were peacefully settled, the side that stepped forward first is usually given the most credit.

They crossed a line that should never be crossed.

Reversal: Soften your absolutist position. Think of a line you crossed. Consider why it happened. The cause won’t simply be black and white. Once you can see your own transgressions with shades of gray, seeing someone else’s transgression no longer demands an absolutist judgment.

You’re so emotional you can’t even think about forgiveness.

Reversal: Consider the drawbacks of being dominated by anger and resentment. Forget the voice that tells you how good it is to forgive, how much bigger you will seem, etc. Instead, go into the negative emotion itself. work with it; get it to start to move. No one can take responsibility for your anger except you, and you won’t do that until you realize that negativity has made you its victim.

You’re scarred by a deep wound.

Reversal: consider if living in the present isn’t a way to heal old wounds–it often is. When you place your allegiance on the past, you are living in unreality. Wounds are one thing, but having a life here and now is another. The first step in psychological healing is the willingness to let get of ghosts from the past. You are not now the person you were then.

You don’t believe in forgiveness to begin with.

Reversal: this is rarely true. If you can find a single thing, however small, that you forgave, you will have to admit that in fact you do believe in forgiveness. You just haven’t gotten around to believing in it for this particular grievance. but if an eye for an eye is a moral doctrine that you owe strong allegiance to, be prepared to live with its consequences–they won’t be pretty.

If you sincerely try to reverse your reasons for withholding forgiveness, results will follow. It’s in your self-interest to forgive, but this realization cannot arrive as long as your consciousness is dominated by the illusion that anger is the right road to follow. Examine the beliefs that lie behind your allegiance to blame and resentment. This isn’t the same as healing, and it won’t bring automatic forgiveness. However, once you start to reverse your beliefs, new energies can enter the situation, and it’s these that bring healing.

Deepak Chopra MD, FACP, founder of The Chopra Foundation and co-founder of The Chopra Center for Wellbeing, is a world-renowned pioneer in integrative medicine and personal transformation, and is Board Certified in Internal Medicine, Endocrinology and Metabolism. He is a Fellow of the American College of Physicians and a member of the American Association of Clinical Endocrinologists. The World Post and The Huffington Post global internet survey ranked Chopra #17 influential thinker in the world and #1 in Medicine. Chopra is the author of more than 80 books translated into over 43 languages, including numerous New York Times bestsellers. His latest books are Super Genes co-authored with Rudolph Tanzi, PhD  and Quantum Healing (Revised and Updated): Exploring the Frontiers of Mind/Body Medicine. www.deepakchopra.com