Nahualism: The Ancient Knowledge Of Dreams

by Sergio Magaña: What does a practitioner of nahualism do? They have to start by training their perception and their dreams… 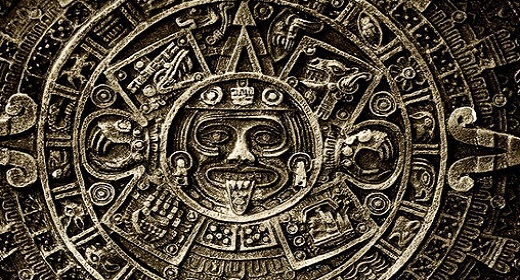 It’s very important to mention that no one can call themselves a nahual unless they have been practicing the techniques for over 52 years. Only after this time are you a mexicatzin, a venerable Mexihca, a wise man or woman. So we can be sure that anyone who calls themselves a nahual before that time, or before even practicing the techniques, hasn’t been trained and hasn’t received the teachings and wisdom of Mexico.

Energetically, the explanation of nahualism is very simple. When we go to sleep, the tonal and the nahual come together, forming a unique energy body. I will describe some techniques to make this happen later in this book. When this energy body is formed, we reach the state that in Náhuatl is known as temixoch, that is, a blossom dream, a lucid dream, controlled at will. We can also attain this state while awake, by altering our state of consciousness, bringing the tonal (waking state) and the nahual (sleep/dream state) together in what we call daydreaming or dreaming while awake. This allows us to see a different reality – energy, ancestors, guides, the underworld and the future – either in the obsidian mirror or on the face of other people or somewhere else.

Long after we have achieved this and become our own master, the master of our dreams, we will be able to take the next step: entering the collective dream and the dreams of others and influencing what we call reality. At this stage, we’ll also be developing other skills: prophetic dreaming, repeating the same dream at will, sowing dreams that create our waking state, restoring the sleep body and the greatest paradoxical accomplishment of the dreamer: sleeping without dreaming and so becoming a master of almost total power.

A nahual used to say to me, ‘You don’t need a teacher, you need a dream, and when you’re able to have the same dream every night, you’ll be able to change your reality at will.’

I don’t totally agree with this, because to repeat a dream you need very sophisticated training – training that you can only get right now from teachers who have mastered the skill themselves. But with this new sun, there is another way opening up: you can learn from books that will allow you to start practicing.

Oral tradition differs a lot from academic knowledge, and I would like to make that point here, since in the pages of this book there is nothing that is based on the anthropological knowledge of Mexico. You will only find what I was taught, the oral lore that was passed from my teachers to me, and most of the time it will differ from the official history.

For example, the official history claims that Templo Mayor in Tenochtitlan was built between the 1300s and 1400s by the Mexihcas, but according to oral tradition this temple was previously occupied by 19 other groups. The Mexihcas completed the sacred count of 20 when Tenochtitlan was destroyed by Spaniards. So the temple is much older than the official history states.

I don’t want to arouse controversy with my views, but nahualism is barely mentioned in the official history, so all the information about it comes from oral lore. The best way to find out whether it is true is to experience it in the flesh, as I did.

According to oral tradition, the first dreamers appeared in Teotihuacan about 50,000 years ago (a figure which is not accepted by any anthropologist) and they were called the people of the moon’s halo. As the years passed, a lot of lineages of dream knowledge emerged, but they were primarily divided into two different groups trying to find the same thing in different ways.

The direct heirs to the first group of the moon’s halo are all the lineages of the moon’s or Mexihcas’ knowledge. It should be mentioned that in Náhuatl the moon is called metztli and also maguey metl, which comes from the root word metztli. Mescal, ‘the one coming from the moon’, is a very strong liquor extracted from the maguey plant and was the first ‘ally’ to alter perception. Sacred plants such as peyote were also named mescal and were considered the supreme allies for changing consciousness.This is achieved by accelerating the natural daily shift in our energy and making it possible for the tonal and nahualto come together, which will allow us to perceive other realities, as mentioned before.

Almost everybody throughout the world has experienced these changes in consciousness, either with alcohol or plants. So a lot of proverbs have been created, and there is one in Mexico which says, ‘There are no ugly people; there’s just not enough mescal,’ meaning that after a few drinks you can think completely differently.

As mentioned before, the agreement between energy beings and human beings was that humans could have alcoholic drinks from plants, but no more than two portions, otherwise the moon would lead them from happiness to destruction.

Due to this fact, all the moon lineages started their training with allies that could be taken in the form of alcohol, plants, etc., and afterwards continued with rigorous training of the breath and the body and other disciplines that allowed them to repeat at will what they’d experienced through the use of their allies.

An ancient culture that appeared soon after the moon lineages was the Toltec in the years around 1000 ad. Toltec comes from the word tolli. on one level, this refers to the Tule tree, a tree that grew in the olmec zone prior to the rise of the Toltec culture. A malleable gum was extracted from the tree, so tolli meant flexibility of movement – the only reality for ancient Mexicans. As a result, the Tule became the archetype of movement, and all movement was based on the cosmos, so, in a second and deeper definition, Toltec means ‘those who are aware of the movement of the cosmos’.

It was from the Toltec civilization that the second group of dreamers emerged, creating dances, breathing exercises and bodily positions based on cosmic mathematics which altered consciousness in a similar way to the allies, although, unlike working with the allies, this didn’t happen immediately. It had the advantage, however, of being able to be exercised at will. It is from one of those lineages that most of the information contained in this book comes, the Tol lineage. I am really fortunate to have been instructed in this lineage.

The closest groups to the Toltec zone stated that a Tol was the measure of 365 days, one year. however, since cosmic mathematics is based on four movements, as previously described, four movements of a Tol will give you 1,460 days. It is known that in the lineages of knowledge you can take the name Tol only after completing four cycles in the long count, that is to say, 1,460 years. Thus, the techniques that will be described in this book date back at least 1,460 years – that’s why the lineage can take the name Tol. We’re not certain how old it is, but we do know that it is older than 1,460 years, one Tol.

Who can practice these techniques? As hugo García says, being Mexihca does not necessarily mean that you were born in the land of Mexico. It does mean that you have accepted the influence of the moon and dreams and that you are very disciplined in controlling them. Nowadays there are a lot of Mexihcas who were not born in this land but are modifying their nahual to change their tonaland can be called Mexihcas or Toltecs. In the days to come, the Sixth Sun, the sun of the darkness, there will be practitioners in every corner of the world.