Plant Medicine: The Next Wellness Frontier?

by Erin Ward: Transcendent rituals involving indigenous plants are increasing in popularity—learn why… 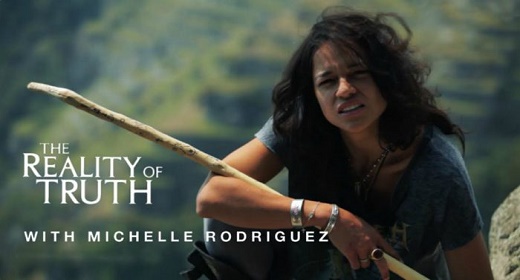 Join us at Wanderlust Hollywood on October 8 for a free screening of the new documentary, The Reality of Truth. Featuring interviews with luminaries like Deepak Chopra, Joel Osteen, Michelle Rodriguez, Marianne Williamson, and Ram Das, this life-changing film will change the way you think about plant medicine.

In the early 1800s in New England, a group of philosophers and writers developed a perspective known as Transcendentalism. Transcendentalists purport that we are all connected, and we can see the work of that divine connection in our relationships with the natural world. Iconic writers such as Emerson, Thoreau, and Whitman were quintessential advocates in shedding light, amongst their largely scientific and academic peers, that it is possible to transcend the rational in favor of experiencing something greater than oneself.

The early 19th century American writers were not the first thinkers to illuminate such a concept. The idea of an inter-connectedness and the acknowledgment of the superficiality of what we deem as our reality can be traced back to early religious texts. What’s fascinating about the early American writers, however, is that they had a commitment to the immense potential that nature can have on perspective as well as the ability to connect with one’s authentic self. They were among the first “celebrities” of American culture to advocate the natural world as a gateway to spirituality.

Documentary filmmaker Michael Zapolin has recently revisited this idea, zooming in on the potential for plant medicine to have an immense impact on our culture. Zapolin made the documentary The Reality of Truth, after having a conversation with revered meditation teacher Deepak Chopra about the power of plant medicine to enhance our spiritual connection and one’s sense of self. The film traverses the globe and illuminates ways in which diverse cultures practice and evoke transcendence. The film highlights the methodologies that are most effective for creating a feeling of universal connection; an ingestible transcendent experience.

What is Plant Medicine?

Plant medicine is a hot topic of debate, as 25 states have legalized the use of medical marijuana, recognizing the cannabis plant’s potential to alleviate pain, stress, insomnia, and other ailments. Outside of marijuana, which historically has been a recreational drug, there are many indigenous plants that are used in spiritual ceremonies in various cultures to catalyze an experience of transcendence. The Reality of Truth aims to shed light on such plants and the inimitable benefits they provide when used appropriately.

As Brandee Alessandra, co-founder of Rythmia Life Advancement Center notes, “The main benefit of plant medicine is the wisdom received that guides us into areas we cannot see in ourselves… to go beyond limiting thoughts to find the truth deep inside [our]selves.” When used along with meditation, yoga, breath work, and other intentional practices, plants can aid one in tapping into an optimal experience of living.

The New Yorker recently published an article exploring ayahuasca, an ingestible herbal concoction originating in the Amazon and gaining popularity in the U.S.; thought by some progressive researchers to have the potential to treat terminal illnesses such as cancer. Though ayahuasca is an illegal substance in America, it does not stop its popularity increasing, particularly in liberal urban areas such as New York City and San Francisco.

One does not have to break the law to experience transcendence via plant medicine, if one has the means to travel. One of the reasons Brandee Alessandra chose Costa Rica as the home for the Rythmia Life Advancement Center is because there is no red tape standing in the way of mindfulness seekers to have a safe yet profound experience with plant medicine. As she noted, it is imperative to be able to trust the source and facilitation of any hallucinogenic or transcendent experience.

“It is critically important to find a place in which the shamans, [the spiritual leaders who guide hallucinogenic experiences] possess a long history of practice,” says Brandee. This means looking for “supporting testimonials from many people who have had positive experiences and personal transformations as a result of the shaman’s ceremonies.”

Besides finding an experienced shaman and a reliable plant source, one also has to do the work to integrate the experience into one’s life. As Brandee sees it, “The success [of plant medicine] comes when one is committed to doing the ‘work’ of integrating this experience into daily life.” Taking a hallucinogenic plant will not solve one’s problems or create sustainable sense of peace and connection unless it is used as a tool to inform how one’s personal progress.

Though not the only means to experience transcendence —or as Brandee poetically defines it, “awakening to the true reality in this context. Meaning, the true reality is the love intelligence, source, where everything is one.”— plant medicine may be a viable means for those looking to access what Freud described as an “oceanic feeling” of tranquility.

Taking a hallucinogenic plant will not solve one’s problems or create sustainable sense of peace and connection unless it is used as a tool to inform how one’s personal progress.

Whether one decides that plant medicine is an appealing means to connect with something bigger than the individual self, what is exciting is that the possibility of transcending and the acknowledgment of the importance of tapping into interconnectedness is a more readily available conversation. As a culture, we are slowly waking up to our potential, both individually and united in our cosmic humanity.