What Is The Unconscious In Buddhism?

by Bill Scheffel: Examining the Buddhist view of the unconscious we might first look at our most prevalent contemporary notions of this term… 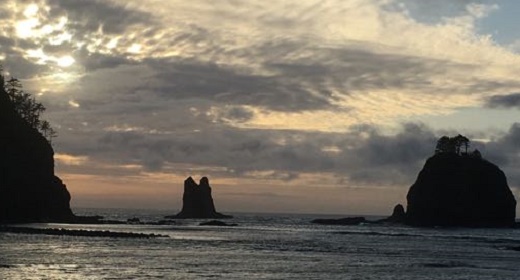 For Jung, the collective unconscious is common to all humanity, a shared storehouse holding latent memories from our ancestral and evolutionary past. Jung held that we were born into these predispositions, “The form of the world into which [a person] is born is already inborn in him, as a virtual image.” These “virtual images” constellated into distinct subsystems of the personality, which he famously called archetypes. It is through encountering archetypes that human beings begin to understand the various complexes they are subject to, as well as discover the individuation we are capable of (in individuation the personal and collective unconscious are brought into consciousness, a transformation process necessary for the integration of the psyche and experience of wholeness).

Freud’s and Jung’s notions of the unconscious have shaken the historical foundations of identity and a brought a humbling of the supremacy of ego. Our experience is not only something we cannot control, but something we can barely discern.

A notion similar to our Western understanding of the unconscious arose in India approximately 1,700 years ago and was called the alaya-vijnana. Alaya means “substratum” or “storehouse” and vijnana means “consciousness” (as in the fifth skanda – see What is Karma – Part 2). The storehouse consciousness was part of the philosophy of the Yogacharya or “mind-only” school of Mahayana Buddhism. In this school, mind-only does not mean everything, such as rocks and trees, is mind, but that all human experience is constructed by the mind.

The alaya-vijnana is a concept or discovery that arose to account for the workings of karma (see What is Karma – Part I and Part II), and to counter a major criticism of Buddhist doctrine posited by various Hindu schools and critics. They argued: Without a “self” how was it possible for a human being to experience rebirth? In addition, they asked: If human life is only a stream of mental events without any substantive connection between them, what accounts for memory? The answer was the existence of a storehouse-consciousness, a repository of karmic volition and a vehicle to make memory possible. As Traleg Rinpoche put it, “Latently present, at an unconscious level of consciousness, so to speak, is a repository of all our karmic traces and dispositions.”
– Karma: What is is, What it isn’t, Why it Matters (Shambhala Publications, 2015, page 61)

The Yogacharins differentiated the alaya-vijnana from a soul precisely because a soul by definition does not change, whereas the storehouse-consciousness not only changes but can be transformed. The alaya-vijnana accounts for the “continuity of consciousness” during life and after death, and is also the reason that we can affect and alter our karmic dispositions. In this regard it is extremely good news. Karma is not something that rigidly predetermines our future but rather something fluid, in flux, changeable. We can alter our karma and our future by the “seeds” we plant through our intentions and actions. A principle tenet of Thich Nhat Hanh’s teachings, for instance, is that through the gentleness and appreciation that arises through mindfulness we can “plant good seeds” in our storehouse-consciousness.

differentiates it from the conventional Western notion of the unconscious, considered something primarily composed of repressed experience. At the same time, Freud’s unconscious and Jung’s collective unconscious are sources of transformation — through dreams and other analytic work — and thus bear a similarity to the storehouse-consciousness.

Like the Western unconscious, the alaya-vijnana is a subjective phenomenon that produces a unique experience for everyone, one in which we seldom experience the true nature of reality. As Thich Nhat Hanh writes:

The source of our perception, our way of seeing, lies in our store consciousness. If ten people look at a cloud, there will be ten different perceptions of it. Whether it is perceived as a dog, a hammer, or a coat depends on our mind — our sadness, our memories, our anger. Our perceptions carry with them all the errors of subjectivity.
– The Heart of the Buddha’s Teaching (Parallax Press, 1998, p. 50)

The alaya-vijnana not only carries all our memories and karmic traces, it is also, according to the Yogacharins, the “seat” of Buddha Nature, of who we fundamentally are. Buddha nature is not something we have but what we are. Because we are fundamentally Buddhas is why we can achieve Buddhahood. Although we typically interpret the alaya-vijnana as a “self,” it is a self that is not real. Whereas Buddha nature is awareness, something unchanging, unborn and fundamentally real. The journey of meditation is to see through the false self (the five skandas as an ego process) and to glimpse our Buddha nature. As these glimpses grow, so does our ability to shape the storehouse-consciousness. This is the nature of the path, the fourth Noble Truth of the Buddha.