‘Honest Placebos’ Show Medicine Can Work Without Any Actual Medicine

by Ted J. Kaptchuk:  Placebo effects have a bad reputation in the medical world. Physicians are trained to dismiss them as misleading 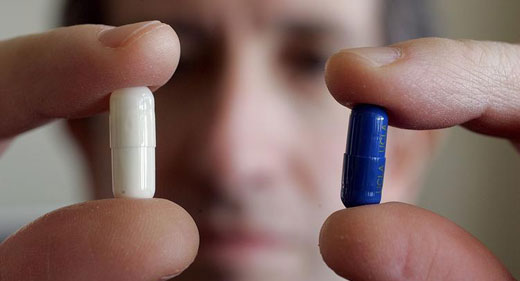 — as in, “it’s only a placebo effect,” or “it’s no different from a placebo effect.” Placebo is a label that marks a drug as ineffective and disqualifies research subjects who respond to “bogus” treatments.

But what if patients who take “honest placebos” — meaning they are told explicitly that they are swallowing sugar pills — can still experience relief from discomfort and disability? That’s been the result of a number of studies by my research group at Harvard Medical School and other teams around the world over the last few years. While these trials were relatively small and short in duration, they collectively challenge our greatest assumption about placebos: that they require deception in order to be effective.

It’s long been known that patients treated with placebos in blind clinical trials experience significant benefits. We even have some idea of how this works: When patients take placebos, these pills engage an “inner pharmacy” of neurotransmitters (e.g., endorphins and dopamine) that activates specific areas of the brain.

Why not prescribe [a placebo]? The American Medical Assn.’s ethics code says doctors can — so long as patients are informed and agree to it.

So why not prescribe them? The American Medical Assn.’s ethics code says doctors can — so long as they inform their patients. Everyone assumed there was therefore no point, because they believed such disclosure would erase any positive effects.

Now, however, we know it doesn’t. In our research group’s experiments, patients with illnesses such as irritable bowel syndrome, chronic low back pain, and episodic migraine attacks were randomly assigned to one of two groups: one got an honest placebo while the other was given no treatment. Participants were generally told that placebo effects are powerful in double-blind clinical trials (in which neither patients nor researchers know what the patient is getting), but that this study would examine whether placebos still work when patients know what they are getting. We also told them they didn’t have to believe it would work.

Many laughed and suggested we were nuts. But they agreed to try it out; most had been ill for years and were desperate for relief. The results upended the conventional wisdom. Many patients treated with an honest placebo felt significantly better. On average, irritable bowel patients reported 60% adequate relief, chronic low back suffers had 30% improvement in both pain and disability, and migraine pain was 30% lower in two hours.

We’re not sure how honest placebos trigger a response. We don’t think it’s because patients just believe it’s going to work. Rather, we suspect that non-conscious awareness is at play. My current hypothesis is that the brain is operating like a prediction-processing machine: If you’re in a forest infested with dangerous snakes, when glancing at an ordinary stick, your brain may see a snake. Circumstances predict what the brain perceives. Similarly, when you visit an attentive and caring physician, the medical setting, equipment and activities indicate you are in a healing situation, so that inner pharmacy releases the neurotransmitters that make you feel better.

It’s sort of like watching Shakespeare: No matter how many times you have seen Romeo and Juliet commit suicide, as long as the performance is evocative, you might shed a tear, feel goosebumps and get dryness in the mouth. You have a real emotional and physical response, even if you know it’s just a play.

Patients are open to safe self-healing methods such as honest placebos, according to survey research. But are doctors? Even if the evidence for honest placebos continues to grow, physicians may resist despite the obvious advantages: lower cost, lower risk, no side effects. Placebo treatment just goes against their years of training and reliance on medications. Patients likely will have to ask for placebo treatment and get their doctors on board.

That said, prescribing sugar pills is not the only way physicians can harness the power of self-healing. Placebo effects are most pronounced when patients interact with caring and empathetic doctors and nurses; when they feel skilled hands touch them; when they perform time-honored medical rituals and observe tools and symbols of healing; and when they are comforted with reassurance, support and hope.

All these things boost the efficacy of drugs, treatments and procedures. The reality of medicine is that it can work even without medicine.