Plant Based Protein Vs Protein From Meat: Which Is Better For Your Body

by Arjun Walia: It’s very easy to come across conflicting information, especially in regards to the science of health and even more so when it comes to examining meat-based diets in comparison to plant-based ones… 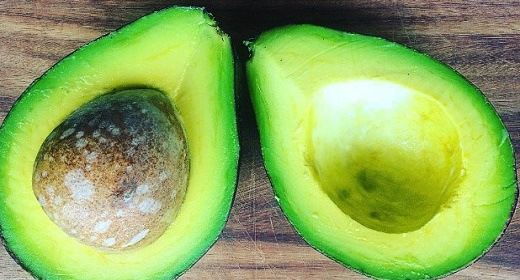 Plant-based diets can help prevent over over 60% of chronic disease deaths, yet people are still arguing whether veganism is a safe and sustainable diet. This is largely due to “food industry science,” which is full of bias and false information that’s constantly used in both our education and health care systems. This is neither a secret nor a conspiracy theory, as many people within these industries have come out publicly to address these issues and emphasize the same points.

“It is simply no longer possible to believe much of the clinical research that is published, or to rely on the judgment of trusted physicians or authoritative medical guidelines. I take no pleasure in this conclusion, which I reached slowly and reluctantly over my two decades as an editor of the New England Journal of Medicine” – Dr. Marcia Angell, a physician and longtime Editor-in-Chief of the New England Medical Journal (source)

A couple years ago, Dr Richard Horton, the current Editor-in-Chief of The Lancet, which is considered to be one of the most reputable medical journals in the world, stated that half of all published literature may be false. In his words, “The case against science is straightforward: much of the scientific literature, perhaps half, may simply be untrue. Afflicted by studies with small sample sizes, tiny effects, invalid exploratory analyses, and flagrant conflicts of interest, together with an obsession for pursuing fashionable trends of dubious importance, science has taken a turn towards darkness.” (source)

These are important points to consider when talking about science and it’s extremely apparent in the food system, especially when discussing plant-based diets. We’ve been hammered with the idea that meat is necessary for good health, even in an age where an enormous amount of professionals and publications have proven the nutritional benefits of a plant-based diet. It seems kind of fishy, especially given the fact that several billion animals are raised and killed for meat production annually, and that’s just in America alone.

If we look at ‘mainstream’ science, scientists are only now starting to accept plant-based diets as a sustainable, healthy option and those doing the research are living, walking and talking examples of that.

For instance Dr. Ellsworth Wareham, a 100-year-old, and a recently retired heart surgeon who has been a vegan for half of his life explains that:

“Veganism is a very fine form of nutrition. It’s a little extreme to tell a person who is using flesh foods that you’re going to take everything entirely away from them. When I was in practice in medicine, I would tell the patients that the vegetable-based diet was the healthy way to go, and to keep away from the animal products as much as possible. People are very sensitive about what they eat. You can talk to people about exercising  relaxation, good mental attitude and they will accept that. But you talk to them about what they are eating and people are very sensitive about that. If an individual is willing to listen, I will try to explain to them on a scientific basis of how I think it’s better for them.” – Dr. Ellsworth Wareham (source)

Another example is Kim A. Williams, M.D., incoming president of the American College of Cardiology, who also adopted a vegan diet. He often sees patients who are overweight and struggling with hypertension, type 2 diabetes and high cholesterol. One of the things he advises them to do specifically is to go vegan. He is also the Chairman of Cardiology at Rush University Medical Center in Chicago. His enthusiasm for a planet-based diet comes from his interpretation of medical literature, having cited several studies proving that people who pursue vegetarian diets lived longer than meat eaters and have lower rates of death from heart disease, diabetes and kidney problems. (source)

According to Harvard Medical School, “studies are confirming the health benefits of meat-free eating. Nowadays, plant-based eating is recognized as not only nutritionally sufficient but also as a way to reduce the risk for many chronic illnesses.” (source)

There are a multitude of studies showing the benefits of vegetarian and vegan diets. For example, the American Dietetic Association weighed in with a position paper, concluding that “appropriately planned vegetarian diets, including total vegetarian or vegan diets, are healthful, nutritionally adequate, and may provide health benefits in the prevention and treatment of certain diseases.” (Journal of the American Dietetic Association, July 2009) (source)

These diseases include heart disease, cancer, diabetes, and more. Research carried out by Dr. Dean Ornish, who found that patients who were put on a program that included a vegetarian diet had less coronary plaque and fewer cardiac events, is also commonly cited.

This trend is gaining more scientific inquiry as popularity grows. At least 542,000 people in Britain now follow a vegan diet –  up from 150,000 in 2006 – and another 521,000 vegetarians hope to reduce their consumption of animal products. It is evident that veganism has become one of the fastest growing lifestyle choices. (Source #2)

One of the most comprehensive studies ever performed on this subject is “The China Study” conducted by Drs. T. Colin Campbell and Thomas Campbell. Their findings showed direct correlations between nutrition and heart-disease, diabetes, and cancer, proving that cultures that eat primarily plant-based diets have lower to no instances of these diseases and that switching to a plant-based diet can successfully reverse diseases already established in the body. The China Study is recognized as the most comprehensive nutritional study ever conducted on the relationship between diet and disease. I highly recommend watching the documentary Forks Over Knives (available on Netflix), which delves into this in more detail.

The list of studies goes on and on, and if you’d like to find more information, we recommend you research this subject yourself as there are far too many studies to include in this article.

“The protein in animal products is filled with fats and chemicals and all sorts of stuff that’s harmful to you. When I was competing and stuffing down all that stuff, I had lots of digestive problems, I was constipated and bloated, just miserable all the time. I don’t concern myself with protein anymore, because there is enough in what I eat. I am not only healthy, but I feel better about myself and how I relate to other creatures in the world.”

Above are the words of Jim Morris, one of many competitive vegan bodybuilders, who has been vegan for most of his life. The last time we saw a vegan bodybuilder he was competing at this years Olympic Games in Brazil. His name is Kendrick Farris and he was the only American male weightlifter to compete in the Rio Olympics. You can read more about that here.

If someone tells you, “I need my protein,” and that’s why they eat meat, they are vastly misinformed. You don’t need protein from meat to be healthy; in fact, it is the complete opposite, as plant-based protein is a healthier alternative. Clearly, the bodybuilders adopting these vegan diets are a great example, but let’s look at what some of the ‘experts’ have to say.

According to Dr. Deepak Bhatt, a Harvard Medical School professor and Editor-in-Chief of the Harvard Heart Latter,

“When it comes to getting protein in your diet, meat isn’t the only option. Mounting evidence shows that reducing meat and increasing plant-based protein is a healthier way to go. A diet with any type of meat raises the risk of heart disease and cancer, when compared with a vegetarian diet.” (source)

They found that substituting between 15g and 19g of animal protein, the equivalent of a single sausage, for legumes, pulses, nuts and other planet protein, significantly decreased the risk of early death. Replacing eggs with plant-based protein also lead to at 19 percent reduction in death risk.

According to Dr. T. Colin Campbell, mentioned earlier in the article from The China Study,

“What I did during the early part of my career was nothing more than what traditional science would suggest. I made the observation that diets presumably higher in animal protein were associated with liver cancer in the Philippines. When coupled with the extraordinary report from India showing that casein fed to experimental rats at the usual levels of intake dramatically promoted liver cancer, it prompted my 27-year-long study The China Project, of how this effect worked. We did dozens of experiments to see if this was true and, further, how it worked.”

In the study, Campbell emphasized the fact that they used the traditional criteria to decide what is a carcinogen (in regards to animal-based proteins) from the government’s chemical carcinogenesis testing program. Campbell also stated that, “this is not a debatable subject and the implications of this conclusion are staggering in so many ways.”

It also showed, among others, that animal protein is very acidic, and leak, and body takes calcium and phosphorus from the bones to neutralize the acidity.

Below is a video of him explaining some of his findings.