The benefits of meditation are vast, and in many ways unmeasurable or quantifiable. Here are just a few to get your inspiration going… 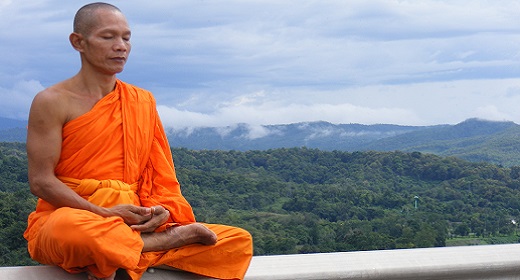 In the past decade, meditation as  a tool for stress reduction has become increasingly popular. There is so much in the in the news about mindfulness, it could be easy to dismiss as a passing fad or cure all. But Scientists and psychologists are increasingly finding that meditation does help people better manage stress. And why wouldn’t it? Stress is all about our reactions to life circumstances. How we respond to the world is a reflection of how we think and feel. While a certain amount of stress is beneficial by alerting us to dangerous situations, a huge amount of stress is added on by our own minds. By creating more space between our thoughts and reactions, it is possible to reduce the unnecessary amount of stress we put ourselves under.

Mindfulness practice develops self-awareness, the capability to observe our own behavior without judgement. Several tests are used by scientists to measure self-awareness among meditators. The “Five facet mindfulness questionnaire” was developed by researchers to determine the effectiveness of mindfulness training describes self awareness as an “enhanced capacity for acting with present-centered awareness rather than on ‘automatic pilot’–lost in the past or future.” Several studies have found that practitioners self-report self-awareness using this method. The ability to slow down and reflect on life is an under-utilized skill in today’s action oriented have self reported . Being able pause and reflect on one’s actions and how they are affecting others, can change your life. Increased self-awareness fosters better relationships with those we live and work with.

“All suffering, stress, and addiction comes from not realizing you already are what you are looking for,” says John Kabat-zinn, researcher and director of the Center for Mindfulness Based Stress Reduction. Stress and anxiety can be a clever way resist who who we are, out of fear of not being who we wish we were. Meditation lets us find our who we truly are, behind the storylines and thought-chatter. In her book, When things Fall apart, Pema Chodron explains,  “The most fundamental aggression to ourselves, the most fundamental harm we can do to ourselves, is to remain ignorant by not having the courage and the respect to look at ourselves honestly and gently.” Meditation is a radical form of self acceptance that develops integrity and genuineness and reduces anxiety and depression.

Recent studies have shown that mindfulness training can help regulate emotions in the brain. At the University of Toronto, researchers found that after 8 weeks of mindfulness practice, the brains of meditators and a non-meditator appeared quite different. When shown distressing images, Non-medtator’s brains showed significant activations in the left side of their brain, areas that are “self-referencing.” Shown the same pictures, meditators scans displayed a more even spread of activations on both left and right sides of their brain. The study demonstrated that meditators have calmer reactions to troubling stimuli, by not over activating their left brains. The epidemic of PTSD in veterans, a disorder characterized by the inability to regulate emotions, have initatied more research in this area. Distancing our identification with anger, lessens its destructive power.

Although it’s common to find articles claiming meditation makes you happy, from the the perspective of mindfulness based meditation, contentment might be a more accurate term. Meditation develops a basic contentment with things as they are. Happiness usually means chasing something outside of us. Practicing meditation and being in the present moment leads to a sense of contentment towards yourself and others. A basic contentment, stops us from treating others as obstacles or competition to our happiness. Happiness is usually thought of as something it’s possible to have, contentment is more a way of being.

Science is increasingly finding that the mind and body are more connected than previously realized. Research has linked anxiety and depression to heart disease, chronic respiratory problems and other ailments. Our emotions and thoughts affect our physical body in more ways than we realize. A recent study published in Psychosomatic Medicine,  found that participants who practiced a mindfulness regiment developed more anti-bodies to influenza than a non-meditating control group by the end of the study.