The 24 Plug-In Hybrid Electric Cars For Sale In The USA, Canada, & Europe 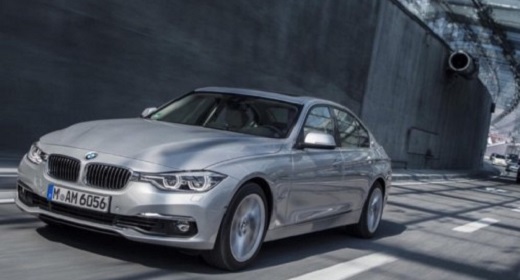 here’s another one on the 24 plug-in hybrids that are currently on the market in the USA, Canada, and/or Europe.

If you’d prefer to see fully electric cars and plug-in hybrids lumped all together, you can see them in that way (and also sort them by price, brand, range, or number of seats) via our electric car buying guide, or you can head over to the original EV Obsession resource page.

There are at least a few additional plug-in hybrids hitting the market very soon (the BMW 530e, the Kia Optima Plug-In Hybrid, the Hyundai IONIQ Plug-In Hybrid, the Karma Revero, and the Cadillac CTS Plug-In). Additionally, BMW, Mercedes, and Volkswagen Group seem to be obsessively throwing small batteries and electric motors into their gasmobile models — something that is a positive or a negative, depending on who you talk to. I’ll update this list and the fully electric car list as these new models arrive.

For the fully electric car list, I sorted the models by price (cheapest to most expensive), but I’ve decided to sort by brand for this one because of all the different BMW and Mercedes models.

The Audi A3 e-Tron is a plug-in hybrid electric car with a bit of a sporty offering. The electric-only range is not spectacular, but it’s pretty much par for the course. The A3 e-Tron can go from 0 to 60 mph in a respectable 7.5 seconds. It has also landed a difficult 5 stars in Europe’s safety ratings. The A3 e-tron has a tough time competing with the Chevy Volt and Ford Energi models on value for the money, in my humble opinion, but some people clearly prefer the e-Tron’s looks and the Audi brand. Note that the A3 e-Tron is actually the same as the Volkswagen Golf GTE under the hood. The A3 e-Tron isn’t as limited in availability as the Golf GTE (which isn’t in the US), but as expected, the A3 e-tron is not available across the US, so it definitely gets the “compliance car” label.

You can read my review of the A3 e-tron here.

The BMW i8 is BMW’s second i-series car. It’s one of the most expensive cars on the market — actually, the most expensive on the mass market today. It comes with a ton of style and great acceleration — 0 to 60 mph in 4.4 seconds only trails the Tesla Model S (2.5 seconds) and Model X (2.9 seconds) amongst electric cars currently for sale. It’s hard not to covet this beauty. While it has amazing power and is a lot of fun to drive, however, it is hard to justify such a high price with other high-performance cars like the Model S much cheaper. But if you’re chasing style, this may well be top dog.

The Chevy Volt is one of the most widely acclaimed electric cars on the market — well, one of the most widely acclaimed cars on the market period. It is the top-selling electric car in the US to date. Volt owners are known as Voltheads and were “the happiest drivers” in the US for two years running … before the Tesla Model S arrived (as per Consumer Reports owner satisfaction surveys).

Check out my comparison review of the Chevy Volt, Nissan LEAF, and BMW i3.

The Hyundai Sonata Plug-In Hybrid is a fairly large and classy plug-in hybrid with moderate electric range. It’s basically another competitor to the Ford Energi models and the Chevy Volt.

You can see our full review of the new-in-2016 Hyundai Sonata Plug-In Hybrid here.

Watch the Fully Charged review of the Mercedes C350e.

The Mitsubishi Outlander Plug-in is a hot plug-in hybrid electric SUV/crossover that has been selling very well in its home country of Japan and European markets. It was initially supposed to make it to the US market in 2013, but due to manufacturing delays, the target is now 2017 … maybe. Despite just hitting the market in the second half of 2013, the Outlander PHEV was the 5th-best-selling electric car in the world in 2013. Furthermore, it arrived in Europe at the end of the year, and it ranked #3 there, only behind the Nissan Leaf & Renault Zoe. In 2014, the Outlander PHEV was the top-selling EV in Europe. It basically competes only with the Renault Zoe for the annual sales gold medal in Europe.

The Porsche Panamera S E-Hybrid is a plug-in hybrid electric sports car that is everything you’d expect — awesome. It can go from 0 to 60 miles per hour in ~5 seconds. The Panamera S E-Hybrid sometimes accounts for nearly 10% of all Panamera sales. It’s a ton of fun to drive, but still a bit hard to justify for the price compared to other high-performance EVs on the market. The place where it has them beat, though, is in luxury (imho).

Check out a few reviews of the VW Golf GTE.

Check out the Fully Charged review of the VW Passat GTE.

Check out the Fully Charged review of the Volvo V60 PHEV.