The Biggest Clean Energy Advances in 2016

by James Temple: Bionic leaves, a hot solar cell, and other picks for the most notable renewable energy strides in 2016… 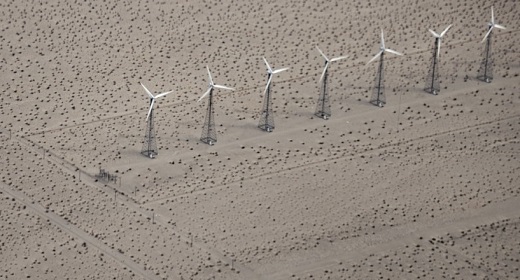 lean energy made critical strides in 2016. The Paris Climate accords went into effect, the price of solar installations continued to drop, investments in renewable energy soared, offshore wind finally got under way in the United States, and scientists made a series of technical advances that promise to make sustainable energy increasingly efficient and affordable.

That last one is key, since invention is still the surest way to avoid the greatest impacts of climate change.  Today’s commercially available renewable technologies can’t meet all of the world’s energy demands, even if they’re scaled up aggressively. The United States comes up about 20 percent short by 2050, according to a thorough analysis by the National Renewable Energy Laboratory. Meanwhile, the U.N.’s Intergovernmental Panel on Climate Change concluded the world must cut greenhouse gas emissions by as much as 70 percent by midcentury, and to nearly zero by 2100, to have any chance of avoiding warming levels that could ensure sinking cities, mass extinctions, and widespread droughts.

So we need more highly efficient renewable energy sources, cheaper storage, smarter grids, and effective systems for capturing greenhouse gases. Here are some of the most promising scientific advances of 2016. 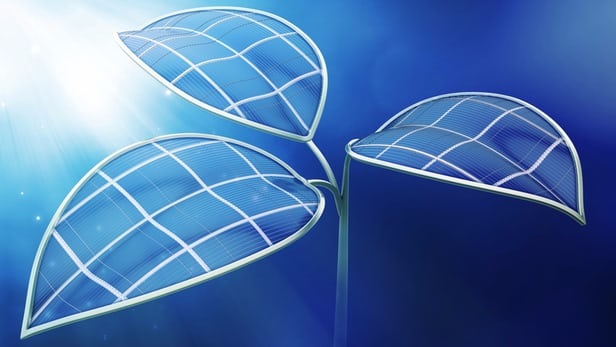 One of the crucial missing pieces in the portfolio of renewable energy sources is a clean liquid fuel that can replace gasoline and other transportation fuels.  One of the most promising possibilities is artificial photosynthesis, mimicking nature’s own method for converting sunlight, carbon dioxide, and water into fuels.

There have been slow if steady improvements in the field in recent years. But this summer, Harvard scientists Daniel Nocera and Pamela Silvers, in partnership with their co-authors, developed a “bionic leaf” that could capture and convert 10 percent of the energy in sunlight, a big step forward for the field. It’s also about 10 times better than the photosynthesis of your average plant.

The researchers use catalysts made from a cobalt-phosphorous alloy to split the water into hydrogen and oxygen, and then set specially engineered bacteria to work gobbling up the carbon dioxide and hydrogen and converting them into liquid fuel.

Others labs have also made notable strides in the efficiency and durability of solar fuel devices in recent months, including Lawrence Berkeley National Laboratory and the Joint Center for Artificial Photosynthesis. This year the latter lab created a solar-driven device that converted carbon dioxide to formate at 10 percent efficiency levels. Formate can be used as an energy source for specialized fuel cells.

But the field still faces considerable technical challenges, as an earlier MIT Technology Review story explained, and any commercial products are still likely years away. 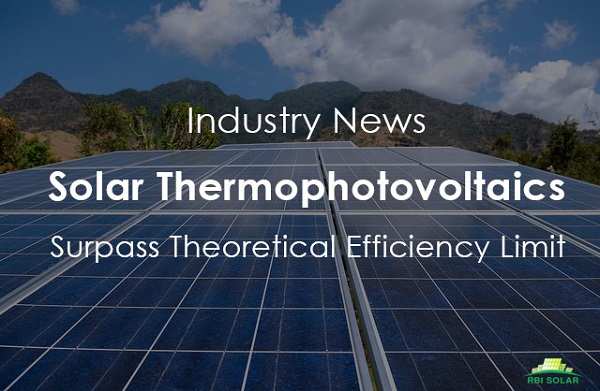 This spring, a team of MIT researchers reported the development of a solar thermophotovoltaic device that could potentially push past the theoretical efficiency limits of the conventional photovoltaics used in solar panels.  Those standard solar cells can only absorb energy from a fraction of sunlight’s color spectrum, mainly the visual light from violet to red.

But the MIT scientists added an intermediate component made up of carbon nanotubes and nanophotonic crystals that together function sort of like a funnel, collecting energy from the sun and concentrating it into a narrow band of light.

The nanotubes capture energy across the entire color spectrum, including in the invisible ultraviolet and infrared wavelengths, converting it all into heat energy. As the adjacent crystals heat up to high temperatures, around 1,000 °C, they reëmit the energy as light, but only in the band that photovoltaic cells can capture and convert.

The researchers suggest that an optimized version of the technology could one day break through the theoretical cap of around 30 percent efficiency on conventional solar cells. In principle at least, solar thermophotovoltaics could achieve levels above 80 percent, though that’s a long way off, according to the scientists. But there’s another critical advantage to this approach. Because the process is ultimately driven by heat, it could continue to operate even when the sun ducks behind clouds, reducing the intermittency that remains one of the critical drawbacks of solar power. If the device were coupled with a thermal storage mechanism that could operate at these high temperatures, it could offer continuous solar power through the day and night. 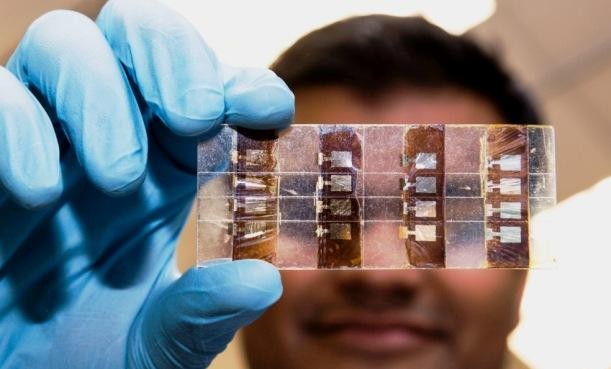 Perovskite solar cells are cheap, easy to produce, and very efficient at absorbing light. A thin film of the material, a class of hybrid organic and inorganic compounds with a particular type of crystal structure, can capture as much light as a relatively thick layer of the silicon used in standard photovoltaics.

One of the critical challenges, however, has been durability. The compounds that actually absorb solar energy tend to quickly degrade, particularly in wet and hot conditions.

But research groups at Stanford, Los Alamos National Laboratory, and the Swiss Federal Institute of Technology, among other institutions, made considerable strides in improving the stability of perovskite solar cells this year, publishing notable papers in Nature,  Nature Energy, and Science.

“At the start of the year, they just weren’t stable for long periods of time,” says Ian Sharp, a staff scientist at Lawrence Berkeley National Lab. “But there have been some really impressive advances in that respect. This year things have really gotten serious.”

Meanwhile, other researchers have succeeded at boosting the efficiency of perovskite solar cells and identifying promising new paths for further advances. 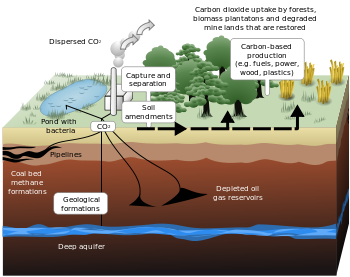 Electricity generation is responsible for producing 30 percent of the nation’s carbon dioxide, so capturing those emissions at the source is crucial to any reduction plan. This year saw advances for several emerging approaches to capturing carbon in power plants, including carbonate fuel cells,  as well as at least some promising implementations of existing technology in the real world. (Though, to be sure, there have been some starkly negative examples as well.)

But most of these approaches leave open the question of what to do with the stuff after it’s successfully captured. And it’s not a small problem. The world produces nearly 40 billion tons of carbon dioxide annually.

One method, however, appears more promising than initially believed: burying carbon dioxide and turning it into stone. Since 2012, Reykjavik Energy’s CarbFix Project in Iceland has been injecting carbon dioxide and water deep underground, where they react with the volcanic basalt rocks that are abundant in the region.

An analysis published in Science in June found that 95 percent of the carbon dioxide had mineralized in less than two years, much faster than the hundreds of thousands of years many had expected. So far, it also doesn’t appear to be leaking out greenhouse gases, which suggests it could be both cheaper and more secure than existing burial approaches.

But further research will be required to see how well it works in other areas, notably including under the ocean floors, outside observers say. 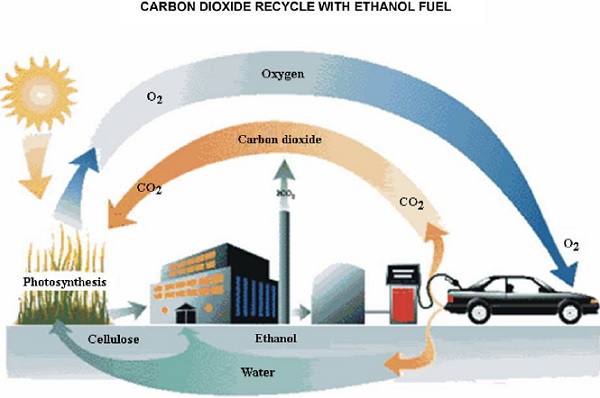 Another promising option for captured carbon dioxide is, essentially, recycling it back into usable fuels.

Earlier this year, researchers at the U.S. Department of Energy’s Oak Ridge National Laboratory stumbled onto a method for converting it into ethanol, the liquid fuel already used as an additive in gasoline. The team developed a catalyst made from carbon, copper, and nitrogen with a textured surface, which concentrated the electrochemical reactions at the tips of nano spikes, according to a study published in Chemistry Select in October. When voltage was applied, the device converted a solution of carbon dioxide into ethanol at a high level of efficiency. The materials were also relatively cheap and the process worked at room temperature, both critical advantages for any future commercialization.

In addition to converting captured carbon dioxide, the process could be used to store excess energy from wind and solar electricity generation.

Some outside researchers, however, are skeptical about the initial results and are anxiously awaiting to see if other labs can verify the findings.