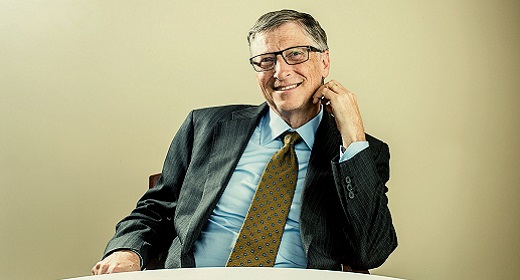 that will pour at least $1 billion into cleantech companies over the next 20 years.

The firm’s goal, according to its own website, will be: “to provide everyone in the world with access to reliable, affordable power, food, goods, transportation, and services without contributing to greenhouse gas emissions.”

BEV will invest in tech ventures at any stage, from seed through commercialization. The deals will focus on electricity, manufacturing, agriculture, buildings and transportation.

Cleantech was once the rage in Silicon Valley, with total venture capital dollars invested in clean tech hitting $6.1 billion in 2008 before the recession. But cleantech became a dirty word following the cratering of startups that had taken venture capital, as well as significant amounts of government loans, grants, subsidies or tax credits.

Along with scores of others that shut down, failing to save the planet or to realize meaningful returns for investors, were: solar panel makers Solyndra; Aptera, which attempted to make highly fuel-efficient cars; and waste-to-fuel company Kior. (Remember them?)

But a burgeoning world population, and energy needs growing along with it, are driving up demand for technology that can help people produce more of what they need with fewer resources. So cleantech is drawing investments and being discussed again, favorably, even if some VC’s avoid labeling their portfolio companies as such.

BEV is the formal, venture investing initiative of the Breakthrough Energy Coalition, a group announced at the 2015 Paris Climate Change Conference.

The group, comprised of tech and finance all-stars, pledged to invest in early-stage startups in nations that were ramping up their public, R&D funding for cleantech, to reach a collective $30 billion by 2020.

Besides making its venture fund known, BEV published a framework today called the “Landscape of Innovation,” which it intends to be “a guide to other public and private investors committed to reducing global greenhouse gas emissions.”