Former President Jimmy Carter is no stranger to solar power… 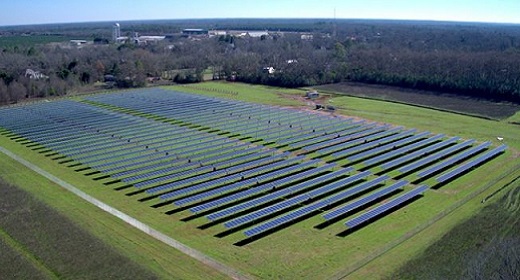 He was so taken with it during his presidency that he actually had solar panels installed on the roof of the White House.

Ronald Reagan famously removed them because they “didn’t work” and Barack Obama had them put back up during his presidency.

(I’m assuming Donald Trump doesn’t know they’re up there. Shhh, no one tell him.)

Now, President Carter has teamed up with Atlanta-based solar company SolAmerica to develop a solar farm on his land to produce energy for about half the city of Plains, Georgia, his hometown.

The farm is expected to produce about 55 million kilowatt-hours of energy over the next 25 years.

“Distributed, clean energy generation is critical to meeting growing energy needs around the world while fighting the effects of climate change,” Carter said.

“I am encouraged by the tremendous progress that solar and other clean energy solutions have made in recent years and expect those trends to continue.”