The Mediterranean Diet Could Help Kids With ADHD 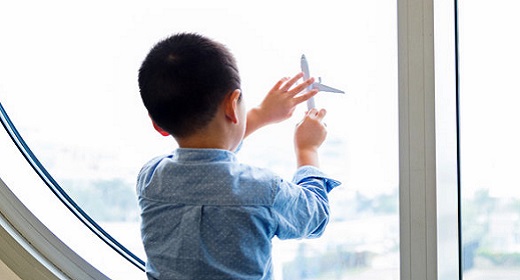 The Mediterranean diet is often celebrated for its health effects on the brain, especially later in life. Doctors recommend it for preventing Alzheimer’s and protecting the brain from aging. Now, research suggests the diet could also be beneficial for the brains of much younger people.

A study published Jan. 30 in the journal Pediatrics found that children with “low adherence” to the traditional Mediterranean diet were seven times more likely to have ADHD than children with a strong adherence to the diet. In general, children with attention deficit hyperactivity disorder ate more sugar and processed foods than their peers, and ate less fruit, vegetables and fish.

“Kids’ impulsivity can manifest in their eating habits,” Dr. Eric Hollander, a psychiatrist with the Montefiore Medical Center in New York, said in a statement.

High in fruits, vegetables and fish, as well as the healthy fats found in foods like olive oil, walnuts and avocados, the Mediterranean diet has consistently been rated among the healthiest in the world. This year, a panel of health experts ranked it the second best diet for health and weight loss.

The Mediterranean diet is particularly high in omega-3 fatty acids, which are found in fatty fish, walnuts and certain other nuts and plants. Omega-3 acids play a critical role in brain function, improving learning and memory and warding off mood disorders like depression and anxiety.

Children with ADHD may have low levels of essential fatty acids and important nutrients like iron and zinc. One study showed that boys with lower levels of omega-3 acids had more learning and behavioral problems. However, research investigating the effects of omega-3 supplements on ADHD symptoms has yielded mixed results.

For the study, a University of Barcelona research team recruited 120 children between the ages of 6 and 16 to test their idea that overall diet (and not just specific nutrients) might be linked to ADHD risk. The children ― half of whom had been recently diagnosed with ADHD ― were given a score based on how closely their typical meals aligned with the Mediterranean diet.

A Healthier Diet Can Only Help

The study was only correlational, and it doesn’t prove that a Mediterranean diet can ward off inattention and impulsivity. But the researchers emphasize that removing excess sugar and junk food from a child’s diet is wise in any case.

“Our main recommendation is that clinicians focus on diet not with the expectation of dietary changes improving behavior but with the concern that children with ADHD are more likely to be eating unhealthy diets,” the study’s authors concluded. “This component should therefore be part of the evaluation to improve their health.”

And there’s still plenty of evidence to suggest that a healthy, whole-foods diet is good for the brain, and therefore probably good for children’s brains.

We know that an unhealthy, sugar-laden diet can have a negative effect on cognitive function, so reducing the amount of sugar and junk food in a child’s diet should only improve their thinking and learning. What’s also clear is that a high-sugar diet powerfully alters the composition of the gut microbiome, leading to impaired learning and memory.

A low-sugar, whole-foods diet, on the other hand, supports a healthy gut bacterial community, which in turn can lead to improvements in mood and brain function.