by Fred Lambert: Following the release of data from the first year of Tesla’s first generation Autopilot and the revelation that… 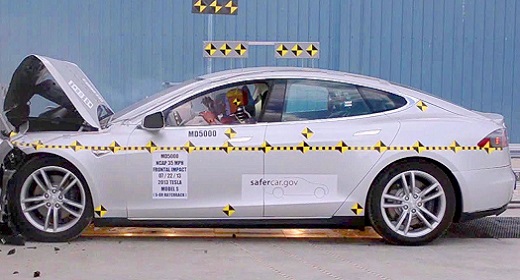 it reduced the crash rate of its vehicles by about 40%, Tesla CEO Elon Musk revealed that the Autopilot team aims for the second generation hardware to reduce the crash rate by 90%.

If achieved, it would mean that all of Tesla’s vehicles produced since October 2016 would crash on average only once for every ten crashes by vehicles without the advanced driver assist system.

Here’s what they updated improvements in crash rate would look like:

What is important to note here is that those million of miles account for mileage even when the Autopilot’s Autosteer is not engaged.

NHTSA wrote in its report claiming a 40% reduction:

“The crash rates are for all miles traveled before and after Autopilot installation and are not limited to actual Autopilot use.”

It means that while the Autosteer feature, which is the Autopilot’s main feature, is the reference point for a timeline (introduced in October 2015), the impact is broader than the feature alone and includes all of Tesla’s other Autopilot-powered safety features, like Automatic Emergency Braking and Collision Warnings.

Those features are ‘always on’ and are powered by the first generation Autopilot which consists of one forward-facing camera, one forward-facing radar, and all-around ultrasonic sensors. Tesla accumulated about 1.3 billion miles of data using those sensors and that certainly helped improve the system and achieve the 40% crash rate drop.

Tesla expects the first generation to keep improving throughout 2017 with the help of more data and improvements to its fleet learning capacity, but the 90% crash rate reduction goal can only be achieved with the new hardware.

It not only features more cameras, including a triple front-facing camera setup, but the new vehicles are also now equipped with an onboard supercomputer capable of supporting Tesla Vision, the automaker’s new in-house image processing system:

That’s what will enable the big 90% drop in crash rate, which needless to say, would have a massive safety impact.

The new hardware is standard on all new Teslas since October 2016 and going forward, including the upcoming Model 3, but only the safety features are standard and the convenience options of Enhanced Autosteer and other Autopilot features are activated at a cost so that Tesla can finance the included hardware.

The first major ‘Enhanced Autosteer’ update is expected to be pushed to the fleet this weekend via an over-the-air software update.