The Laika And The Conquest – Dr. Alberto Villoldo

by Dr. Alberto Villoldo: In 1950, a group of colorfully dressed outsiders approached the annual gathering of shamans at the foot of a holy mountain in the high Andes of Peru… 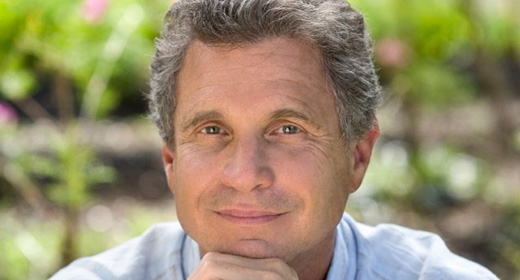 The locals observed their ponchos and recognized the markings of an ancient lineage of high priests. They were the Laika, also known as Earthkeepers — medicine men and women thought to have vanished after the time of the Conquest.

The Laika were the custodians of invaluable wisdom, known as the four insights. These teachings held that all of creation — the earth, humans, whales, rocks, and even the stars — was made of vibration and light: Nothing perceived as material existed, other than as a dream that humans projected onto the world.

The Laika realized that knowledge about human beings’ capacity to manifest our dreams, what shamans call “dreaming the world into being,” was tremendously powerful and could be easily abused by those lacking ethics. Thus, they concealed that knowledge from outsiders and most of their fellow indigenous peoples.

Despite their caution, the Laika were branded as witches and sorcerers by the Spanish conquistadors, who relentlessly persecuted, imprisoned, tortured, and killed them. (Their wisdom was considered so dangerous and threatening to the Catholic Church that even after the Spanish Inquisition hat shut down everywhere else in the world, the Church kept the Peruvian Inquisition office active in Lima, Peru until 1820.)

Those who managed to escape the purge fled high into the Andes, where they cut themselves off from the rest of humanity — their reputation so thoroughly ruined by the Spaniards that, even today, the name Laika is associated with sorcery.

After carefully guarding their knowledge for hundreds of years, in 1950, these high-shamans came out of seclusion and shared the four insights in order to help humanity endure the difficult changes they knew were coming, and give birth to a better world.

Several decades later, as fortune or destiny would have it, I was one of the few non-natives taken into the fold of the Laika, and initiated into their lineage near the Inka city of Cusco. It was never my intention to become part of this lineage — as a medical anthropologist, I was only interested in studying the healing practices of the shamans.

My mentor, don Antonio, was a man of many lives: During the day, he was a university professor; in the evenings, a master medicine man. Although he was a descendant of the Inka, whose culture was masculine and militaristic, his belief system harked back to the teachings of the Laika, when the feminine aspect of the divine was recognized.

I once told him that I felt lucky to have found him, and he said, “What makes you think you found me if the Church could not find us for the last 500 years?”

Through to the discoveries of quantum physics, the world has come to understand that all matter is densely packed light — proving the understanding of the Laika that vibration and light can organize themselves into a thousand shapes and forms. This wisdom allowed them to move gigantic boulders up the sides of mountains, as required to build the Inka cities in the clouds.

The Bible tells us that our faith can move mountains, but we’ve forgotten that we have the ability to do so. The Four Insights teach us that the first mountain we must move is the one that blocks our perception of our own luminous nature.

My book, The Four Insights, further describes the wisdom teachings of the Laika.