Elon Musk Wants To Merge Man And Machine With Neuralink

by Liat Clark: The SpaceX and Tesla founder wants to prepare humans for the rise of artificial intelligence by helping us merge with computers… 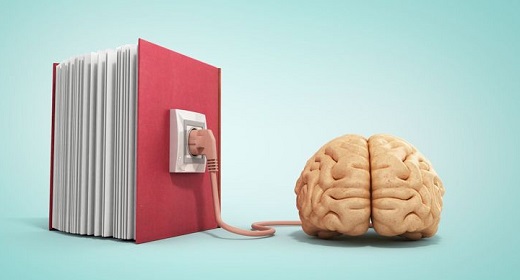 Elon Musk is attempting to combat the rise of artificial intelligence with the launch of his latest venture, brain-computer interface company Neuralink.

Little is known about the startup, aside from what has been revealed in a Wall Street Journal report, but says sources have described it as “neural lace” technology that is being engineered by the company to allow humans to seamlessly communicate with technology without the need for an actual, physical interface. The company has also been registered in California as a medical research entity because Neuralink’s initial focus will be on using the described interface to help with the symptoms of chronic conditions, from epilepsy to depression. This is said to be similar to how deep brain stimulation controlled by an implant helps WIRED Health 2017 speaker Matt Eagles, who has Parkinson’s, manage his symptoms effectively.

This is far from the first time Musk has shown an interest in merging man and machine. At a Tesla launch in Dubai earlier this year, the billionaire spoke about the need for humans to become cyborgs if we are to survive the rise of artificial intelligence. “Over time I think we will probably see a closer merger of biological intelligence and digital intelligence,” CNBC reported him as saying at the time. “It’s mostly about the bandwidth, the speed of the connection between your brain and the digital version of yourself, particularly output.”

Transhumanism, the enhancement of humanity’s capabilities through science and technology, is already a living reality for many people, to varying degrees. Documentary-maker Rob Spence replaced one of his own eyes with a video camera in 2008; amputees are using prosthetics connected to their own nerves and controlled using electrical signals from the brain; implants are helping tetraplegics regain independence through the BrainGate project. In the February issue of WIRED, former director of the United States Defense Advanced Research Projects Agency, Arati Prabhakar, wrote: “From my perspective, which embraces a wide swathe of research disciplines, it seems clear that we humans are on a path to a more symbiotic union with our machines.”

So Musk, as with most of his ventures, is tapping into an incredibly timely and topical technology that is already being worked on by researchers across the globe, but in his own unique and business-savvy way. SpaceX was not the first private space company – but it was the first that set out with a plan to create affordable, reusable rockets, before scaling up to Mars missions. With Neuralink, he appears to be doing the same thing – taking on the more seemingly realistic and profitable challenge of symptom control, before venturing into total man-machine brain mergers.