by Kevin J. Ryan: Elon Musk wants to make solar roofs the new normal on American homes. In the meantime, he needs a more affordable product on the market… 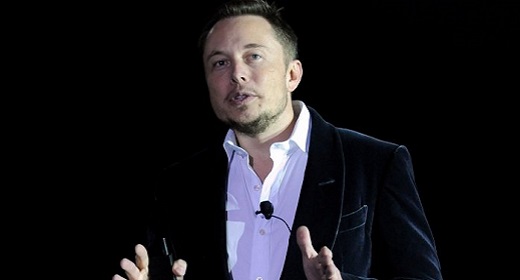 When Musk decided to reposition Tesla publicly as a solar company, he did so with the usual fanfare: at a splashy event in Los Angeles in October 2016, he unveiled the forthcoming Tesla solar roof, which contains hidden photovoltaic cells that make it more aesthetically appealing than the bulky panels you see affixed to homes.

“We really need to make solar panels as appealing as electric cars have become,” Musk said at the time.

Visual appeal is important, but so are the costs. That might help explain why Musk quietly rolled out a new product this weekend–solar panels you can affix to your existing roof.

Tesla updated its website to include the new line of panels. They’re mounted on top of existing roofs like traditional panels, but they are arguably less bulky, with no mounting hardware visible.

According to Elektrek, the solar panels use a mounting system developed by Zep Solar, a company that SolarCity acquired in 2013. The panels will be manufactured at the so-called Gigafactory 2 in Buffalo, N.Y., where Tesla has a partnership with Panasonic. While Panasonic has manufacturing deals with other solar companies, these new panels will be exclusive to Tesla.

Tesla clearly subscribes to the idea that aesthetics are a big point of resistance for consumers when deciding whether to convert to solar energy. In the U.S., the cost of solar energy is now about on par with–and in some cases, cheaper than–energy from fossil fuels. But for the most part, solar panels are just as big and ugly as they were when they hit the market more than four decades ago. While SolarCity, which Tesla acquired last year, is the U.S. market leader in solar installations, its product offering wasn’t all that different than much of the industry’s offerings until now.

Tesla’s solar roofs were designed to look like regular roofs when viewed from street level. They operate with the same efficiency as regular roofs, and Tesla says that installations will cost about the same as those of regular roofs. On average, it costs about $20,000 to replace an entire roof, which most homeowners do only when it’s structurally necessary.

The new solar panels provide a more affordable option for customers who aren’t ready for an expensive commitment. Generally, panel systems run around $12,000 (depending on size) after a federal tax credit.

The company will begin taking orders on the roofs sometime this month, and production is expected to begin sometime in mid-2017. Customers can already get quotes on installations for the solar panels.

The quiet launch is uncharacteristic for Musk, a master of hype who likes to tee up announcements days or weeks beforehand. It’s possible Musk didn’t want to overshadow the launch of Tesla’s solar roofs, or risk having customers conflate the two products–while the new panels are sleek, they’re certainly not as attractive as an actual roof.