“It is no measure of health to be well adjusted to a profoundly sick society.” — Jiddu Krishnamurti 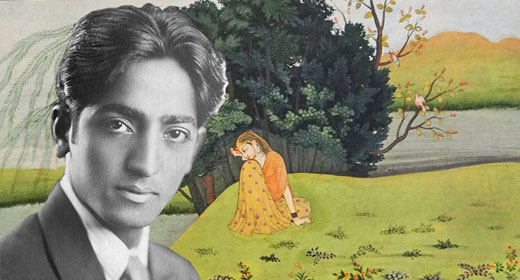 Jiddu Krishnamurti was found one day as he was picking through trash. Just another poor Indian boy forgotten by the world. This one would walk a very different path. His aura gave him away. Pure and white, it spoke of greater spiritual destiny. Annie Besant and Charles Leadbeater had finally found their Buddha.

Theosophists had long been waiting for the reincarnation of Buddha. The ancient texts promised his return where he would appear as the Maitreya – the friend. Theosophists believed that Buddha had not reincarnated because he was unable to find a suitable host. Why not hasten his return by creating one for him? A plan was set in motion.

Krishnamurti was raised and bred to be that perfect host. No expense was spared. He was given the best education in England. He was supported and surrounded by some of the world’s most advanced spiritual practitioners. All their eggs were in this one basket. Destiny awaited.

It all came to a climax on the 3rd of August 1929. Theosophists worldwide gathered in the Netherlands to see the holy vessel that was Jiddu Krishnamurti. It was a meeting of the Order of the Star – an organization whose sole purpose was to usher in the new era.

The moment was perfect. As thousands sat around him, he shocked his audience by announcing the dissolution of the Order. It was a radical break from his past and a bold affirmation of his own Being.

“Truth, being limitless, unconditioned, unapproachable by any path whatsoever, cannot be organized; nor should any organization be formed to lead or coerce people along a particular path…” — Krishnamurti, on that fateful night

Thus began Jiddu Krishnamurti’s career as a world teacher. He travelled from place to place and delivered teachings to anyone that would listen. With the Cold War at its peak, these were heady days for humanity. In Krishnamurti many found inspiration for a better world – proof that we could live very differently on this fragile planet.

Krishnamurti tirelessly preached that spiritual enlightenment was at hand for anyone who wanted it. He abhorred all gurus, masters, spiritual practices and religions. The truth was found within and no where else. Given his life experience, his antagonism to organizations and prescribed paths is understandable.

The rebelliousness that seeded his independence colored the entirety of his teaching. He spoke the truth but it was not very practical for the spiritual seeker. How many of his close disciples reached the same heights as he? None.

Krishnamurti was not wrong. It is possible for one to realize one’s true nature by simply recognizing the fact, but it is perhaps 1 in 100 million that is prepared for such a feat. For the rest of us, spiritual practices are useful tools to help us get up that mountain. Without them we are not prepared to make the journey.

Towards the end of his life, Krishnamurti lamented that his decades of preachings had all gone to waste. He feared that his talks were treated as a form of spiritual entertainment. The people around him had not really changed. They could quote him it length, but none could share in his experience of our true nature.

Ever since I left Australia I have been thinking and deliberating about the message which the Master K. H. gave me while I was there. I naturally wanted to achieve those orders as soon as I could, and I was to a certain extent uncertain as to the best method of attaining the ideals which were put before me.

I do not think a day passed without spending some thought over it, but I am ashamed to say all this was done most casually and rather carelessly. But at the back of my mind the message of the Master ever dwelt.

Well, since August 3rd, I meditated regularly for about thirty minutes every morning. I could, to my astonishment, concentrate with considerable ease, and within a few days I began to see clearly where I had failed and where I was failing. Immediately I set about, consciously, to annihilate the wrong accumulations of the past years. With the same deliberation I set about to find out ways and means to achieve my aim.

With ease which rather astonished me I found the main interest on that high plane was to serve the Lord Maitreya and the Masters. With that idea clear in my physical mind I had to direct and control the other bodies to act and to think the same as one the noble and spiritual plane. During that period of less than three weeks, I concentrated to keep in mind the image of the Lord Maitreya throughout the entire day, and I found no difficulty in doing this. I found that I was getting calmer and more serene. My whole outlook on life was changed.

Then, on the 17th of August, I felt acute pain at the nape of my neck and I had to cut down my meditation to fifteen minutes. The pain instead of getting better as I had hoped grew worse. The climax was reached on the 19th. I could not think, nor was I able to do anything, and I was forced by friends here to retire to bed. Then I became almost unconscious, though I was well aware of what was happening around me.

I came to myself at about noon each day. On the first day while I was in that state and more conscious of the things around me, I had the first most extraordinary experience. There was a man mending the road; that man was myself; the pickaxe he had was myself; the very stone which he was breaking up was a part of me; the tender blade of grass was my very being, and the three beside the man was myself. I almost could feel and think like the roadmender, and I could feel the wind passing through the tree, and the little ant on the blade of grass I could feel. The birds, the dust, and the very noise were a part of me. Just then there was a car passing by at some distance; I was the driver, the engine, and the tires; as the car went further away from me, I was going away from myself. I was in everything, or rather everything was in me, inanimate and animate, the mountain, the worm, and all breathing things.

All day long I remained in this happy condition. I could not eat anything, and again at about six I began to lose my physical body, and naturally the physical elemental did what it liked; I was semi-conscious.

The morning of the next day (the 20th) was almost the same as the previous day, and I could not tolerate too many people in the room. I could feel them in rather a curious way and their vibrations got on my nerves. That evening at about the same hour of six I felt worse than ever. I wanted nobody near me nor anybody to touch me. I was feeling extremely tire and weak. I think I was weeping from mere exhaustion and lack of physical control. My head was pretty bad and the top part felt as though many needles were being driven in. While I was in this state I felt that the bed in which I was lying, the same one as on the previous day, was dirty and filthy beyond imagination and I could not lie in it.

Suddenly I found myself sitting on the floor and Nitya and Rosalind asking me to get into bed. I asked them not to touch me and cried out that the bed was not clean. I went on like this for some time till eventually I wandered out on the verandah and sat a few moments exhausted and slightly calmer. I began to come to myself and finally Mr. Warrington asked me to go under the pepper tree which is near the house.

There I sat crosslegged in the meditation posture. When I had sat thus for some time, I felt myself going out of my body, I saw myself sitting down with the delicate tender leaves of the tree over me. I was facing the east. In front of me was my body and over my head I saw the Star, bright and clear.

Then I could feel the vibrations of the Lord Buddha; I beheld Lord Maitreya and Master K. H. I was so happy, calm and at peace. I could still see my body and I was hovering near it. There was such profound calmness both in the air and within myself, the calmness of the bottom of a deep unfathomable lake. Like the lake, I felt my physical body, with its mind and emotions, could be ruffled on the surface but nothing, nay nothing, could disturb the calmness of my soul.

The presence of the mighty Beings was with me for some time and then They were gone. I was supremely happy, for I had seen. Nothing could ever be the same. I have drunk at the clear and pure waters at the source of the fountain of life and my thirst was appeased. Never more could I be thirsty, never more could I be in utter darkness. I have seen the Light. I have touched compassion which heals all sorrow and suffering; it is not for myself, but for the world. I have stood on the mountain top and gazed at the mighty Beings. Never can I be in utter darkness; I have seen the glorious and healing light.The fountain of Truth has been revealed to me and the darkness has been dispersed. Love in all its glory has intoxicated my heart; my heart can never be closed. I have drunk at the fountain of joy and eternal Beauty. I am God-intoxicated.