by Joe Romm: Renewables to capture three-fourths of the $10 trillion the world will invest in new generation through 2040…. 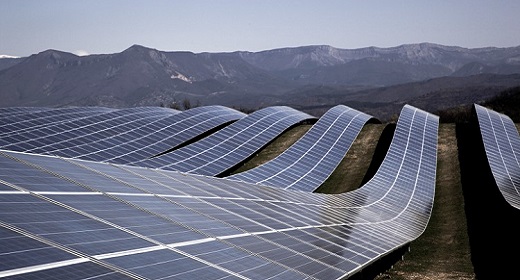 The staggering drop in the cost of clean energy has already upended the global power market over the past two decades — and that trend will only continue for the next two decades, according to new analysis from Bloomberg New Energy Finance (BNEF).

As a result, renewables will capture the lion’s share of the $10.2 trillion the world will invest in new power generation by 2040, BNEF projects in its annual New Energy Outlook 2017 report.

Here’s how this will profoundly transform power markets in the years ahead:

Deep penetration of renewables will be assisted by continued price drops in lithium-ion batteries and explosive growth in electric cars: “This will help renewable energy reach 74 percent penetration in Germany, 38 percent in the U.S., 55 percent in China, and 49 percent in India by 2040.”

BNEF concludes that despite President Donald Trump’s vocal support for the coal industry, “economic realities over the next two decades” work against it, and U.S. coal power generation is “forecast to see a 51 percent reduction in generation by 2040.”

Here’s another key conclusion: “Gas is a transition fuel, but not in the way most people think.” Other than in the Americas, where cheap gas is plentiful, gas plants won’t act as a replacement for “baseload coal,” but will “increasingly act as one of the flexible technologies needed to help meet peaks and provide system stability in an age of rising renewable generation,” BNEF predicts.

With total renewable investment over the next two decades projected to be $7.2 trillion versus $1.5 trillion for fossil fuel power, it’s clear where the biggest high wage job growth will come from.

Literally every day we see headlines making the economic case for investing in new clean energy rather old dirty energy — yet Trump’s policies and proposed budgets try to drag us back into the 20th century. If only we had a president who understood business.