Time To Say ‘I Told You So’: Cannabis Can Treat Seizures 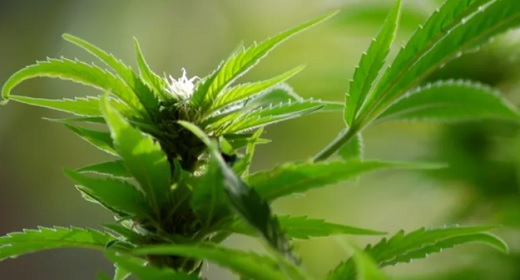 that cannabis is useful for treating seizures. Research has been scant, but a new study of cannabidiol, a molecule in cannabis, has given some credence to these claims. Kids with a severe form of epilepsy had 39 percent fewer seizures per month after taking the substance, also called CBD. Three people stopped having seizures altogether.

In a study published today in the New England Journal of Medicine, researchers gave children a liquid form of CBD called Epidiolex. Epidiolex, manufactured by GW Pharmaceuticals, is taken orally but has not yet been approved by the US Food and Drug Administration. (It’s important to note that the study was funded by GW Pharmaceuticals.)

CBD, like the more well-known tetrahydrocannabinol (THC), is a molecule that’s very abundant in cannabis. Both CBD and THC come from the same plant, but CBD comes from a strain called hemp. Unlike THC, CBD doesn’t contain psychoactive properties that make the user high. This makes it very attractive as a potential drug, especially given the boom of cannabis research, including a recent study looking at the effect on THC on learning and memory.

The 120 participants in today’s study, aged two to 18, all have a serious form of epilepsy called Dravet syndrome, which starts during childhood and usually can’t be treated, says study co-author Daniel Friedman, a professor of neurology at the NYU Langone Medical Center. They were randomized into two groups: one group took 20 mg/kg of CBD per day for 14 weeks and one took a placebo. (This type of randomized controlled trial is considered the gold standard for a clinical study. When you randomly assign people, you make sure that whatever is being tested actually causes the results, and that the outcome isn’t just because the two groups are different to begin with.)

There is one big downside though: about 93 percent of people taking CBD had side effects — mostly nausea, diarrhea, but also sleepiness and liver abnormality. And eight people in the CBD group dropped out because of the side effects. (In comparison, only 74 percent in the placebo group had side effects and one withdrew.) These problems may be due to the CBD interacting with other medications the patient was already taking, Friedman says. “It’s hard to tell what are the specific side effects if somebody were to get CBD without anything else,” he says.

All these questions will be addressed in future studies, Friedman says. Future research will also be needed to confirm these results, as well as determine whether CBD can have similar effects in other forms of epilepsy. In the meantime, congratulations to everyone who can say “I told you so.”