In the piece, he discusses the company’s newest products, his relationship with Donald Trump, and disappointment about the Paris accord, and about Apples new technology plans for the years ahead.

Tim Cook, Apple’s Chief Executive Officer recently spoke about his company’s plans with self driving cars and more with Bloomberg Television. (See the interview below.)  Apple has not been so open about the company’s plans before the interview, although public filings and leaks have abounded over the years. Apple has been sitting on billions of dollars of cash over this time, with many suggesting that internal R&D is an obvious way to channel excess capital. 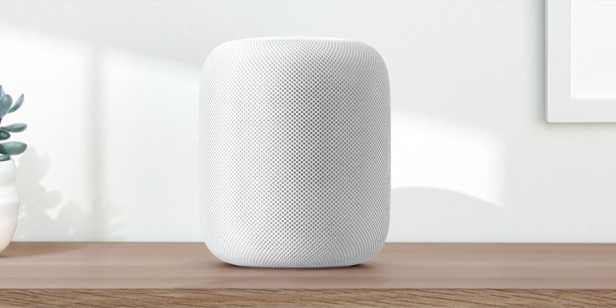 The interview began (after the obligatory questions about Steve Jobs’ legacy) on the subject of Apple’s entry into the smart speaker market, the HomePod.  The device, which will take on Amazon’s Echo and Google’s Home with Apple’s characteristic late entry, better and more expensive than the rest strategy, was recently unveiled at Apple’s World Wide Developers Conference (WWDC).

The next subject was Apple’s moves into the augmented reality market. “I think it is profound. I am so excited about it, I just want to yell out and scream,” stated Cook. “The first step in making it a mainstream kind of experience is to put it in the operating system.”

“I think it is profound. I am so excited about it, I just want to yell out and scream.”

Don’t expect any new VR/AR headsets from Apple in the near future though. According to Cook, “The technology’s not complete yet. But that’s the beauty to a certain degree. This has a runway. And it’s an incredible runway. It’s time to put the seat belt on and go. When people begin to see what’s possible, it’s going to get them very excited—like we are, like we’ve been.”.

It is widely rumored that Apple had been planning to build its own car, as was Google. But is now expected that both companies are instead focusing on the self driving technology behind the wheel, rather than the wheels themselves.  Apple has now hired more than 1,000 engineers to work on Project Titan, as the car team is known internally.

“We’re focusing on autonomous systems,” Cook said. “It’s a core technology that we view as very important.” He likened the effort to “the mother of all AI projects,” saying it’s “probably one of the most difficult AI projects to work on.”

Outwardly Cook is bullish about the market for electric vehicles. Recently Tesla Inc. become the world’s fourth-biggest car maker by market capitalization, due chiefly to the market optimism over the company’s electric vehicle technology.

“There is a major disruption looming there,” Cook continued, citing self-driving technology, electric vehicles and ride-hailing. “You’ve got kind of three vectors of change happening generally in the same time frame.”

In the interview, Cook was hesitant to disclose whether Apple will ultimately manufacture its own car. “We’ll see where it takes us,” Cook said. “We’re not really saying from a product point of view what we will do.” Exclusive insights on technology around the world.