Rabbi Rami: How Can I Overcome My Fear When Hearing Allahu Akbar?

by Rabbi Rami Shapiro: Roadside assistance for the spiritual traveler… 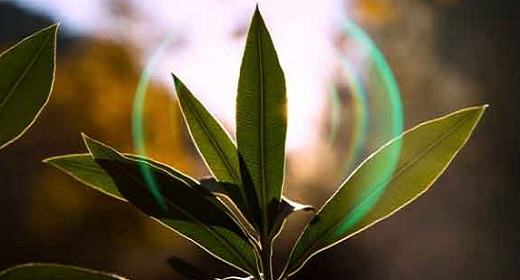 How can I overcome my fear when hearing a Muslim say, Allahu Akbar?

My daughter came home from Sunday school telling me God created her the way a potter creates a pot. Where do they get this stuff? Something about this bothers me. What’s your take?

The metaphor comes from Isaiah 64:8. Comparing God to a potter and your daughter to a pot separates your daughter from God. I think God created your daughter the way an ocean creates a wave. Your daughter is never apart from and is always a part of God, the source and substance of all reality.

I’m a Bible believer and feel called to love. But what does it mean to love?

Which is the more ethical: the Bible or the Qur’an?

While I study both books, my preferred ethical guide is the United Nations’ Universal Declaration of Human Rights. In nine pages this booklet provides a wonderful foundation for ethical thinking and policymaking. It isn’t perfect, but neither can it be used to excuse oppression, racism, genocide, misogyny, and terror.

Why are evil people successful?

Let me challenge your premise: Evil people can be wealthy, powerful, and famous, but not successful. Success for me is “doing justly, loving mercy, and walking humbly” (Micah 6:8), all things evil people don’t do. To say evil people are successful is to value wealth, power, and fame over justice, compassion, and humility—something I suggest we should not do.

Do you think life has meaning?

I think life has direction: moving toward ever–higher levels of consciousness and ever more inclusive levels of compassion and justice. Life becomes meaningful when it evolves species with the capacity to make meaning. On earth humans are that species. So yes, life has meaning because we humans
are meaning makers.

My church denies the reality of evil. Do you think evil is real?

Yes, I do. Evil goes with good the way light goes with dark, front goes with back, and up goes with down. It is in the interplay of opposites that life and creativity happen. Some religions are so addicted to the saccharine that they risk putting people into a spiritual coma, thus rendering them incapable of confronting evil. These religions become a means of escape from reality, rather than a prophetic catalyst for improving it.

If I were raised Catholic instead of Muslim I’d believe very differently than I do. If beliefs are that serendipitous, how can we trust they’re true?

We can’t. We want security and surety; we want to feel safe—if not in this world, then in the next. But there is no security, surety, or safety. There is only the wildness of life lived in the shadow of death. If your religion provides you with the humility to know you don’t know, the wisdom to see past what you claim to know, and the courage to navigate the unknown with compassion, curiosity, justice, and grace, then it is as true as any religion can and needs to be.

What is the point of spiritual practice?

The Bible defines spiritual practice this way: “Lech l’cha from your land, your tribe, and your parents’ home to see the world as God sees it and to live as a blessing to all the families of the earth,” human and otherwise (Genesis 12:1–3). Lech lecha means to walk (lech) toward oneself (l’cha). Spiritual practice is an inward journey beyond isms, ideologies, and the narratives of culture, tribe, race, ethnicity, gender, religion, ancestors, and parents, etc., that we might see all life as God manifesting. And when we do, we engage life in a manner that benefits all the living, which is the point of spiritual practice.

Our daughter married an atheist who will have nothing to do with our faith. Jesus said he came to set daughter against mother and warned us that we will have enemies in our own households (Matthew 10:35–36). Should we treat our son-in-law as an enemy?

Yes. And what does Jesus say about enemies? Love them and pray for them (Matthew 5:44).

I’m outraged at the refusal of some Christians to admit we all worship the same God. Isn’t it time to admit this is true, and to love our neighbors as ourselves?

Actually I think it’s time to admit just the opposite. The God of the Jews never had a Son, while the Triune God of most Christians is nothing without Him. Allah dictated the Qur’an to Mohammad through the angel Gabriel, something these other two Gods did not do. And Lord Vishnu incarnated as Krishna, not Christ. To say we all worship the same God implies that the theologies of Hinduism, Judaism, Christianity, and Islam are unimportant, which is insulting to those billions of Hindus, Jews, Christians, and Muslims for whom they are vitally important. While it is PC to speak of God in the lowest common denominator, doing so actually diminishes the creativity at the heart of human religiosity. The challenge is to love your neighbors as they are, and not as you imagine them to be.