Richard Branson Blogs About Okja And Why He Stopped Eating Beef

Virgin Tycoon Richard Branson, recently took to Twitter to announce that he no longer eats beef… 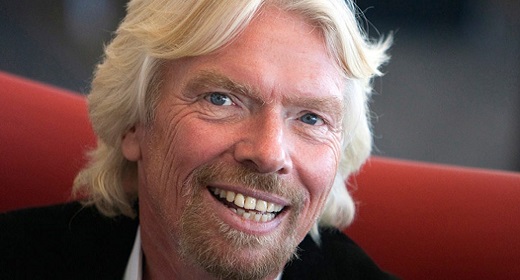 Included in the tweet was a link to a blog post of his, hosted on the Virgin website entitled “Okja and Eye Opening Films”. It is here that Branson notes how there are many delicious dishes and meat alternatives to be enjoyed and that he was keen to make dietary changes for environmental reasons in addition to having his eyes opened to slaughterhouse practices.

In his musing about Okja, he noted that it was difficult to shut his eyes to, and that the “[film] ends with a sad look at how animals live out their last days before being killed and processed for human consumption. It is a chilling statement against factory farming.”

Although explaining that Okja unfortunately hasn’t turned him vegan, he goes on to reveal that the film has a timely message to act humanely, and that he’s conscious of the negative impacts in which animal agriculture has on the environment and the world’s hungry.

Furthermore, Richard seems to have made some more emotional connections between his food choices and the reality of its production. He says “You don’t want to think about the slaughterhouse, so you deliberately find ways to block that thought out of your head…like, we destroy people on social media and then come up with psychological tricks to make ourselves not feel bad about it.” Ultimately though, coming from someone who has launched over 400 companies in his highly illustrious career, and one of LinkedIn’s top influencers, the blog post alone is a powerful message to send to his 11 million plus followers.

With Branson’s attitude towards eating meat having been, in turn, influenced by the movie itself, this is surely yet another celebrity thumbs up to a meat-free future. Let’s watch this space!