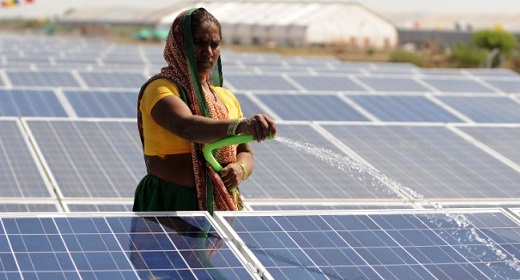 This may sound a little repetitive, but it’s impossible to ignore: The decline in solar costs is not slowing down.

GTM Research expects a 27 percent drop in average global project prices by 2022, or about 4.4 percent each year. Those improvements are not limited to the U.S. They are occurring globally, and in some cases resulting in even sharper price declines than those America is experiencing. 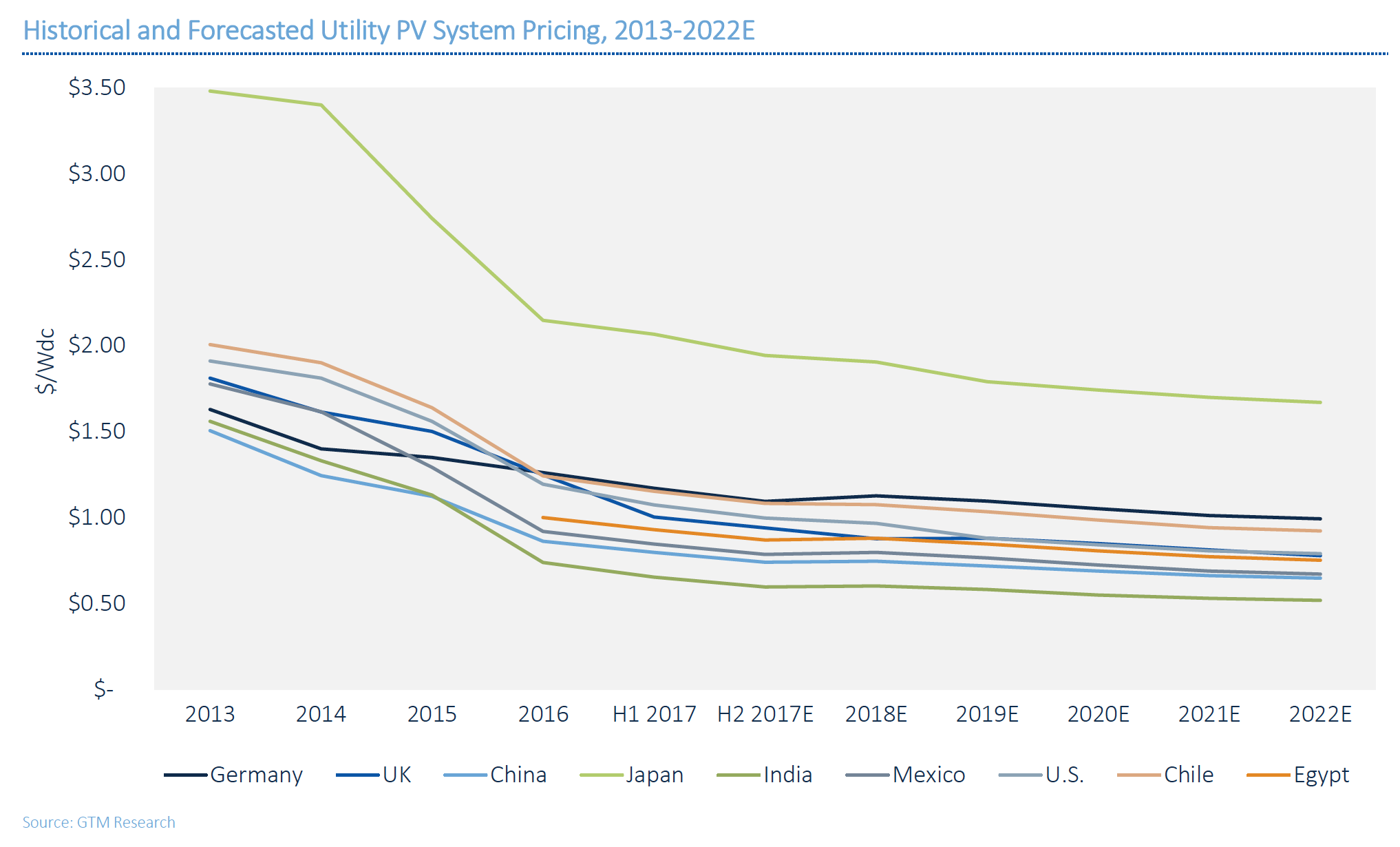 The plunges in system pricing won’t just come from modules — they’ll come from reductions in inverters, trackers and even labor costs. And every region will benefit.

“Component prices are beginning to lose their price variance from country to country,” writes Gallagher. “Beyond a handful of local content requirements, many of the policies that created regional hardware pricing have been eroded by market forces.”

In the U.S., it’s only stubborn soft costs such as customer acquisition that have actually risen.

And it’s seemingly only trade disputes that can derail the price-decrease train.

GTM Research finds that India’s system of tenders has produced extremely competitive bidding, and, as a result, almost unimaginably low system pricing. India is seeing the lowest system prices of any major solar market in the world, ever.

The report finds that India has utility PV system pricing of 65 cents per watt.

The secret to these low prices? It turns out that a great way to reduce your soft costs is to pay your labor force and engineers next to nothing. (Markets with low-cost labor are more likely to use fixed-tilt systems, lowering turnkey system prices even more.)

As the report points out, even in China soft costs are 11 cents per watt higher than in India.

The compression in India’s soft costs is well illustrated in the following chart. 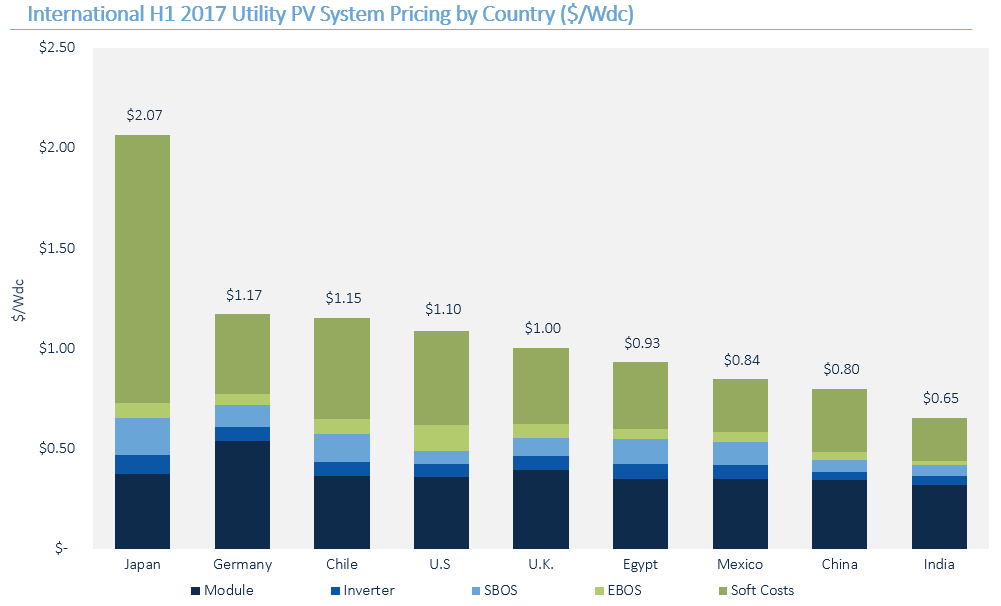 Is that sustainable? Or even a positive thing? The reports points out the negatives of low pricing.

“The competitive tender process has a harmful side effect: There are reportedly widespread concerns about the viable lifetimes of many of the systems currently installed, as it is suspected that many were hastily constructed using poor-quality components. Developers will look to [engineering, procurement and construction providers] to safeguard their investment by raising installation and procurement quality-control standards and reduce long-term O&M headaches,” writes Gallagher.

The report also takes a close look at price trends in China, Mexico, India, Germany and the U.K.

Japan is the highest-priced market, with systems landing at $2.07 per watt, driven by heavy wind, earthquakes and mountainside erosion that add additional engineering scrutiny and costs.

The U.K. has the lowest-priced solar in Western Europe, largely because of common adoption of string inverters, which shaves a few pennies per watt.

The Section 201 trade complaint from Suniva and SolarWorld hangs like the sword of Damocles over the solar industry’s head.

Pricing for multicrystalline modules fell by 12 percent from H2 2016 to H1 2017. But in H2 2017, module pricing will increase: The U.S. market will see pull-in as buyers look to build up inventory before the final ruling.

Although the result of the case won’t be known until much later in the year, the filing suggests a possible penalty on all imported silicon PV modules of $0.78 per watt — $0.41 cents higher than current U.S. module pricing. Suniva advises that the floor price step down to $0.72, $0.69 and $0.68 per watt in years two, three and four, respectively. It is also asking for a minimum price of $0.40 per watt on imported cells.

GTM Research also just released a brand-new analysis on the potential impact to demand. According to Cory Honeyman, the associate director of GTM’s solar practice, those penalties could result in the destruction of tens of gigawatts of solar installations in the U.S. through 2022.

“In our latest report, we found that between 2018 and 2022, total U.S. solar installations would fall from 72.5 gigawatts cumulatively to just 36.4 gigawatts under a $0.78 per watt minimum module price scenario,” writes Honeyman.

Here’s how pricing for utility-scale solar would be impacted:

The trade case awaits a determination and recommendation by the ITC, followed by a decision from President Trump, who is entertaining the installation of solar panels on his border wall.