The Yoga Of Politics

by Sarah Platt Finger: As a general rule, I try not to bring politics into my teaching… 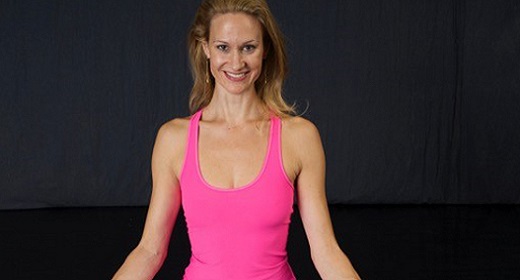 It can be divisive and triggering for people – the opposite of what we are going for in yoga. However, the current election is so deeply enmeshed in the consciousness of our society that it has to be looked at one way or another. I choose to perceive it like I do all of life: through a yogic lens.

Historically, when a leader has arisen through narcissistic or oppressive behavior, he or she leaves an indelible mark. It is the mark of infamy, and it causes those in the aftermath of that leadership to be left with a heavy conscience. The textbook (or google) definition of a conscience is “an inner feeling or voice viewed as acting as a guide to the rightness or wrongness of one’s behavior.” Our conscience is our voice that recognizes the inherent good in all beings. It’s the part of our spirit that can recognize the self in others. It’s the place we are speaking from when we say “Namaste.” When we acknowledge the intrinsic connection of all beings, we transcend differences in race, religion, gender, and politics. We realize that the person who is standing up there on the podium is actually a reflection, on some part, of our own self.

To me, this election is a reminder of the values we have mistakenly taken on as a culture, and the healing that needs to be done as a result. We actually have to look inward and ask ourselves: what is being brought to light in this dialogue? Where have I personally disempowered myself or other races? Where have I objectified other women, or allowed myself as a woman to be objectified? Where have I been mistrusting? When do I lie? When have I looked at money as a symbol or self-worth? All of these topics are being surfaced right now because they can no longer afford to be hidden. That is actually what the practice of yoga teaches us: how to bring the light of our awareness to the subject at hand. That subject might be a physical posture, a breath technique, a visualization, or it might be our finances, our relationships, or politics. They are all just experiences that arise and fall in our consciousness.

In fact, yoga teaches us that everything on this realm exists as consciousness. All of my thoughts, feelings, and limited beliefs are in some way being mirrored back to me at all times. Our political candidates are just reflections of what the majority of our country has seen value in. As one of my teachers likes to say: It’s not what’s coming at us, it’s what’s coming from us.

In my humble opinion, rather than analyze, fear and place blame in this election, we need to take responsibility for our own actions and create the change we wish to see in the world. Let’s perceive the rhetoric not as negative talk but as a catalyst for change. Through awareness comes transformation and ultimately, evolution. Evolution happens because one way of living is no longer sustainable, and the conscience of a people decides to take a new course. We can use this experience not to strengthen our political ties but to strengthen our connection to each other and grow as a whole.