How New Energy Technologies Are Affecting The Future of Humanity

by Dixie Somers: Judging the value that renewables have for humanity is easier by reflecting on how they’ve changed our lives and will change our future. 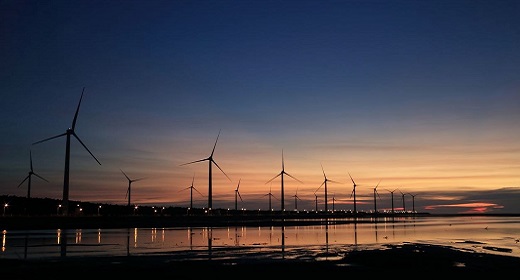 Most people would consider green construction as buildings that utilize recycled materials and solar power. While that’s admirable, there are emerging designs that go further by recalling the nature-friendly days of our past. “Living” buildings employ growing grasses for roofing, grape vines on the walls, gardens and fish farms for food, systems for transforming organic waste into methane and ethanol for fuel, and solar and wind power for electricity. Ideally, we’ll see rural areas dotted with these green, healthy, sustainable off-the-grid “farms”.

The transition from polluting gasoline-powered vehicles to cleaner and more sustainable driving is here. Toyota’s hybrid Prius has been around for years, and there’s now over 1.2 million electric/hybrid cars globally. Tesla has shown just what’s possible with this technology through their high-performance vehicles. Volvo recently announced that they’ll be abandoning traditional vehicles to produce hybrids only. As this trend continues, we’ll see cleaner air and quieter traffic everywhere, in major cities as well as small towns.

Instead of bulky and inefficient roof panels, we have thin photovoltaic films that do the same job. Industrially, solar farms now employ giant mirrors to focus the sun’s energy into heat-collecting towers or salt reactors where they can turn water directly to steam and drive electric generators. Graduates with a master’s of energy technology will continue to improve upon these plans. Eventually this cheap, simple power source will dot landscapes everywhere.

The major drawback to solar is that it can’t be captured at night or under bad weather conditions. But a new generation of batteries is changing that. Lithium ion designs that charge faster, hold energy longer, and release it more efficiently can be installed as needed in homes or other facilities to provide power through the night. Tesla has already introduced such a battery. As other technologies like hydrogen fuel cells progress, recharging these batteries may be come at nearly zero cost. Tomorrow’s structures will be built with a “battery room” ready to go online.

In the past, green progress has often been sacrificed in favor of profitability. But with demand greater than ever, more companies are seeing the wisdom of joining the environmental movement.