by Joshua S Hill: Wind and solar energy, as well as energy efficiency measures, are serving to replace the overwhelming majority of power… 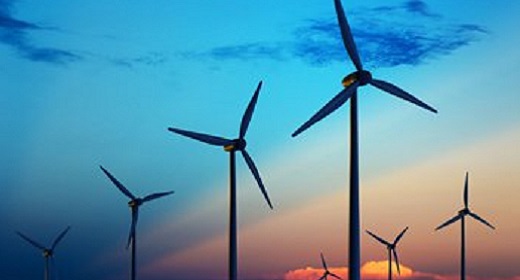 which in the UK had previously been supplied by coal power, according to a new analysis conducted by Greenpeace’s Energydesk.

The UK’s share of coal in its electricity mix has been plummeting over the last few years, ever since 2010, and has now reached historic lows. In fact, a report published last month shows that coal’s contribution to the UK’s overall electricity mix fell to 6%, thanks in part to a massive retirement of coal plants during 2016 — 30% of the UK’s coal fleet. Over the past 18 months, wind and solar have repeatedly chalked up milestones and records, outperforming coal again and again for the first time in the country’s history. In just the last year, UK solar generated more electricity than coal over the 6-month period of April to September, 2016, while the UK wind energy sector generated more electricity than coal for the whole of 2016.

According to Energydesk’s new analysis, coal’s absence has not been made up for by natural gas — the UK’s new primary source of electricity — but rather by renewable energy and energy efficiency measures, that have together accounted for nearly 85% of the power the UK no longer sources from coal generation. Natural gas has definitely increased its share, and may yet rise further over the coming years, but according to Greenpeace, it is now “actually producing significantly less power than it was at the beginning of the decade.”

Wind energy increased its generation from 10.2 terawatt-hours (TWh) in 2010 to 37.5 TWh in 2016 — mostly from onshore wind, though the ever-increasing offshore wind capacity will likely see this figure rise much further and faster due to the inherently larger nature of offshore wind power plants. Solar, meanwhile, went from generating statistically not much at all to generating more than 10 TWh in 2016.

Add to that the fact that energy efficiency measures helped decrease power demand by 7% between 2010 and 2016, and coal power is quite unnecessary now.

A separate report published this month by UK group Biofuelwatch showed that the UK generated 72% less electricity from coal in 2016 than it did in 2011. Further, UK electricity generation from wind and solar tripled over that period. Biofuelwatch conclude that

Biofuelwatch concluded that coal burning in the UK has fallen by 64% since 2011 overall, and by 72% in the electricity sector. While burning biomass (mainly wood pellets) accounted for 21% of the reduction in coal, the electricity from wind and solar replaced 41% of the drop in coal electricity.