Electricity prices fell to negative figures for several hours on Sunday, as renewable sources fed so much power into the grid that supply exceeded demand. 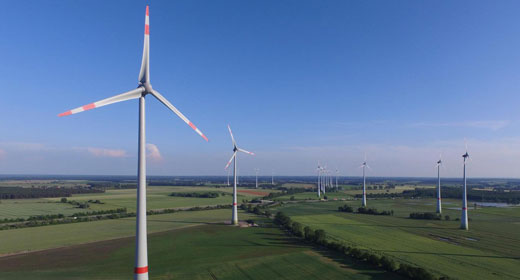 At one point on the sunny and breezy Sunday, sustainable energy from wind, solar, biomass and hydro power provided a record 85 per cent of the country’s total energy.

Germany has been investing heavily in renewables, as part of the government’s Energiewende initiative to transition away from fossil fuels and nuclear power to a low carbon, environmentally sound, reliable, and affordable energy supply by 2050.

Investment in sustainable energy has been so successful that for several hours on Sunday electricity prices fell into negative figures, as renewable sources fed so much power into the grid that supply exceeded demand.

Coal use fell to an all-time low, with public broadcaster Deutsche Welle reporting that on 30 April coal-fired power stations were only operational between three and four in the afternoon and  produced less than eight gigawatts of energy, well below their maximum output of about 50 gigawatts.

“Most of Germany’s coal-fired power stations were not even operating on Sunday,” Patrick Graichen of Agora Energiewende told Australian news site RenewEconomy.

“Nuclear power sources, which are planned to be completely phased out by 2022, were also severely reduced.”

Mr Graichen added that days like Sunday would be “completely normal” by 2030 thanks to the government’s continued investment in the Energiewende initiative.

Germany announced in May 2011 that it plans to shut down all its nuclear power plants by 2022, in addition to nearly eliminating fossil fuel power..

The EU as a whole is also striving to meet stringent sustainable energy targets, albeit more modest ones than Germany.

While the bloc is on course to meet 2020 goals of 20 per cent of energy from renewable sources, the UK is lagging behind.

MPs on the Energy and Climate Change Committee warned the Government last year that, on its current course, the UK will fail to achieve its 2020 renewable energy targets — to provide for 15 per cent of its energy needs from renewable sources.