On The Climb To Renewable Energy, Solar And Wind Prices Tumble

by RP Siegel: When you’re climbing a big mountain, sometimes it’s good to turn around and see how far you’ve come,… 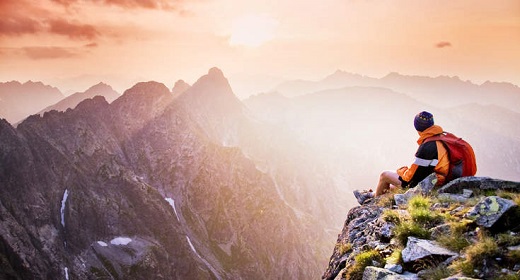 even if you still have a long way to go. Certainly, the transition to a clean energy economy is a huge mountain, but the folks at the Environment New York Research & Policy Center have given us a breathtaking look back on what has been accomplished over the past 10 years.

At a time when so little is getting done in Washington — and what little movement there has been, has been in the wrong direction — it’s heartening to see how much has been accomplished, primarily as the result of efforts by other actors.

In its report “Renewables on the Rise” (PDF), the group states, “Clean energy is sweeping across America and is poised for further dramatic growth in the years ahead.”

Here are some highlights:

The report also breaks down the data along several dimensions including geography. Not only did no one region of the country dominate the renewable scene, neither did political affiliation. A number of traditional “red states,” including Oklahoma, Texas, Arizona and North Carolina, played leading roles in the deployment of solar or wind technology.

New technology is playing a major role in the acceleration. Back in 2007, 3- 4MW wind turbines were the norm, with the first prototype 6MW unit just going into service. By 2016, entire farms of 8MW turbines had been deployed. Offshore wind farms, where the largest turbines are generally used and where the wind blows more steadily, have, after a slow start, been gaining acceptance, even here in the U.S.

Solar panel efficiency has increased by 18 percent since 2010.

Likewise, solar panel efficiency has increased by 18 percent since 2010. That means that either putting solar on your house will cost less, or that you can get more of your power from the same number of panels today than if you had bought them earlier.

Speaking of cost: Not only has the cost of solar and wind fallen by 54 and 41 percent, respectively, between 2008-25, but the authors forecast that wind power costs will continue to fall 24-30 percent by 2030 and that by 2025, solar will be cheaper than coal, even without factoring in all the health impacts that mining and burning coal bring to communities near and far.

Still, in spite of these impressive gains, if we continue at the current rate of renewable growth, we would only reach 57 percent of electricity needs by 2050. This is not enough to counter the impacts of climate change and contain temperature rise to 2 degrees C or less. This underscores the need to redouble the commitment to clean energy and increase the rate of conversion, as many already have done.

In fact, nearly 50 countries, including Germany, already have pledged to rely 100 percent on renewables by that time, as have as many as 29 U.S. cities, such as Portland, Oregon.

Not everyone agrees that a goal of 100 percent renewables by 2050 is achievable, or even desirable.

The Union of Concerned Scientists is focusing on an 80 percent goal. Meanwhile, the Energy Innovation Reform Project, a pro-nuclear group, argues that a 100 percent renewables approach might not be the most cost-effective. Mostly the concerns focus on intermittency and the question of grid reliability.

No doubt, this debate will continue for years to come, but the fact that today we’ve only just hit the 10 percent mark, shows that going full speed ahead on renewables is definitely the right strategy for now.