by Barbara Marx Hubbard: Conscious evolution is a “mother” meme… 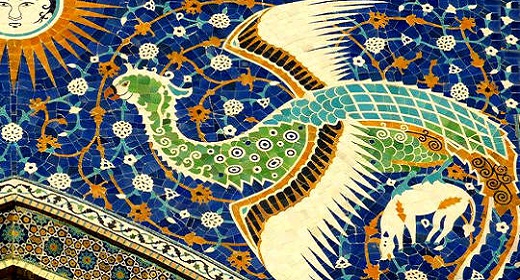 calling together individual memes that hold information for creating new communications, arts, sciences, education, busi­ness, environmental organizations, and health systems — the new social body. Conscious evolution encourages all groups to come together and compose a great and magnificent matrix in which to flourish — a new memetic code for the emerging social body.

Our mother meme provides a magnetic field for this momentous gathering. We might call our new memetic code the chrysalis in which the butterfly self-assembles.

The Fulfillment of Human Endeavor

Conscious evolution calls upon scientists and technologists to help us understand the laws and recurring patterns in the evolu­tionary process. This understanding will guide us in designing and using new technologies for our evolutionary agenda, the ethical evolution of ourselves toward universal life — the next turn in the Evolutionary Spiral.

Conscious evolution calls upon political leaders to move us toward a synergistic democracy that considers each of us as cre­ative members of the whole community and ecology. We need to be guided toward the next stage of individualism. The success of modern society has led to new problems: the separation of indi­viduals from one another, from their families, from their commu­nities, and now from their jobs, as corporations downsize and all allegiances dissolve in the quest for survival and concern for the bottom line. Conscious evolution sets the stage for the next phase of individualism wherein we seek our uniqueness not through separation but through deeper participation in the whole.

Except for great individuals like Lincoln, Gandhi, Gorbachev, the Dalai Lama, Nelson Mandela, most so-called political leaders find it almost impossible to guide genuine change. The higher they get toward the top of pyramidal systems, the less power they appear to have to change anything. That’s in part because real power to change lies with those in every field joining to cocreate a better design of social systems.

Real power to change happens when we connect what is working and empower one another to be the change we all want to see in the world. Current governmental leaders will become most effective when they become facilitators of these new initiatives for people everywhere, rather than leaders in the old way.

The Vision of Our Collective Potential

Conscious evolution needs evolutionary artists to tell the new stories of our collective potential in a variety of ways. Without vision, the people perish. With vision, we flourish. Currently we are in the catacombs, like early Christians, scratching pictures on the walls of caves as we communicate through journals, conferences, lectures, seminars, books, blogs, and emails. We encour­age new forms of theater, music, dance, novels, poetry, and films — participatory art forms that can inspire and lift our vision to help us see ourselves as participants in the great human drama of creation.

Evolutionary artists are needed to bring our new story of creation to life, much like the great Greek playwrights, sculp tors, and architects did for the Homeric stories; the geniuses of the Middle Ages did to illuminate the Gospels; and those of the Renaissance did to bring the individual human alive and visible upon the stage of history.

Conscious evolution is now calling forth humanistic, transper­sonal, spiritual, and evolutionary psychologies to move us from the early phase of personal growth and self-empowerment to the later stages of self-realization and self-actualization through cho­sen work that is intrinsically self-rewarding.

Being in a State of Flow

For example, in his seminal book, Flow: The Psychology of Optimal Experience, Mihaly Csikszentmihalyi outlines his theory that people are happiest when they are in a state of flow. In an inter­view with Wired magazine, Csikszentmihalyi described flow as “being completely involved in an activity for its own sake. The ego falls away. Time flies. Every action, movement, and thought follows inevitably from the previous one, like playing jazz. Your whole being is involved, and you’re using your skills to the utmost.”

Reading this description of flow reminds me of what happens when people get turned on by conscious evolution and allow them­ selves to fully engage their unique passion and creative potential in the world. Psychology is studying such states and helping us understand how to access them.

Conscious evolution also calls for educators to take the over­view perspective on evolutionary history as a whole process of creation, called Big History, and place ourselves in that history as participants in it. This perspective offers the whole view of evolu­tionary history from deep time past, into deep time present, toward deep time future. It also encourages participants to find their nat­ural creative callings within the various functions of the evolving world, including health, environment, education, governance, and other sectors of society.

In this new design for evolutionary education, a metadis­cipline is beginning to arise in which teachers and students join together and create a new holistic intellectual basis for transfor­mative education. Such a basis leads us from the confusion of the modern world to the fulfillment of the evolutionary agenda — freeing ourselves from hunger, disease, ignorance, and war — and activating human creativity and the universal future awaiting us.

We need educators to help our children understand that they are a treasure and that education is a treasure hunt to help them find their unique genius, which can then be used where it is most needed in the emerging world.

Shifting from Weaponry to “Livingry”

As we begin consciously evolving, the political system will have to respond. As a new, more responsive political system emerges, we will demand that our politicians call upon the military genius to help us learn how to shift from weaponry to “livingry,” as Buckminster Fuller poetically declared.

We need to reorient our extraordinary organizational and technical capacities to restore our environment, protect us from natural disasters and ter­rorists, and develop peace-building and conflict-resolution skills while we explore and develop our extended environment in outer space. From the evolutionary perspective, we don’t reject military or industrial genius, but rather call forth that genius for its new functions — genuine security and greater freedom to express our higher potentials.

In so doing, we honor that our military includes genuine heroes with extraordinary capabilities. My son Lloyd graduated from the Air Force as a lieutenant colonel. He said to me, “Mom, if we could combine your ideas with our excellence, we could get anything done!”

Lloyd was right about military excellence. It is up to society as a whole to take charge and call our own military technological genius to its true heroic purposes of excellence and sacrifice for the future of humanity.

Conscious evolution calls on businesses and entrepreneurs to apply their genius to the development of socially responsible business and investment. The goal is a sustainable, regenerative economy that supports restoration of the environment, preser­vation of species, and the enhancement of human creativity and community, including expanded ownership, network marketing, community-based currencies, microcredit loans, and other such innovations.

Conscious evolution is the context for a “meta-religio,” a new ground of the whole, calling upon spiritual leaders and practi­tioners of all faiths to create what Bishop William Swing, retired Episcopal bishop of California, calls a “United Religions” to end the conflict among religions and to bring together the unique gifts of the faiths for the future of humanity. We need to move beyond ecumenical understanding to evolutionary fulfillment through the embodiment of the principles and practices of the great faiths.

Many of us long not for a new religion, but for the evolu tion of religion, such that we embody the qualities of our master teachers and become conscious cocreators with the divine univer­sal intelligence ourselves. There is now arising a new synthesis called “evolutionary spirituality,” pioneered by such leaders as Ken Wilber, Ilia Delio, Beatrice Bruteau, Michael Dowd, John Haught, Craig Hamilton, Andrew Cohen, and Jean Houston. It is science based, often inspired by Teilhard de Chardin and the new story of cosmogenesis.

In evolutionary spirituality, we consciously embody within us the Impulse of Creation as our own motivation to evolve. We realize that we are incarnating the ever-unfolding universe story itself. We are the universe in person, becoming more fully who we can be. This yearning for more is the essence of the impulse of evolution within us.

Evolutionary spirituality springs from “evolutionary con­sciousness.” This can be defined by the “Three Es.” The first E is the Eternal — the One, the Source of all being, consciousness. The second E is embodiment. We each embody the whole story of creation in every atom, molecule, and cell. The third E is emer­gence. It describes the fact that each of us is evolution embodying the mysterious process of creation continuing to emerge through us, felt as our own motivation to grow and express new potentials.

My friend Sidney Lanier has written stirring words in The Sovereign Person:

Conscious evolution is a meta-religio for the 21st century. As yet it is undefined and casts an evocative shadow over the mental inscape of all of us in these days. We know something is over: an era or simply the nightmare that has terrified many of us into awareness, simple human maturity. This meta-religio is the headlong convergence of science with the core realizations of the major world religions. Its constituency is the universal sovereign per­sons — awakened ones — all those who stand free of the old divisive social forms, however noble their past his­tory. We are called to come together in an open and level place with no boundaries, a space in consciousness where we are enfolded within the transcendent community of the universal person, the sacred precincts of the cosmos itself, our temple and home.

Innovators and creators in these and many more fields of human endeavor and thought are already creating vital new memes and are taking action based on these new ideas. When we piece together the picture of what is already happening, we will see the design emerge — the awakening of the social potential movement.