by Lacy Cooke: Over half of the United States’ electricity came from coal in 2000… 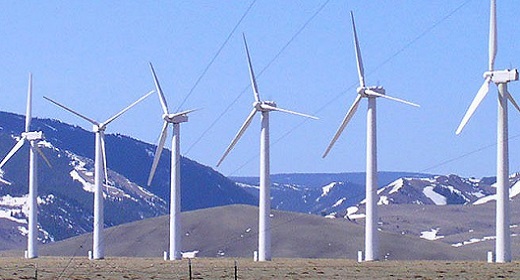 That figure has plummeted to around one third in 2016, and thousands of coal workers have lost their jobs. But former fossil fuelworkers have skills that could translate well to jobs like installing solar panels or working on wind turbines. Other programs teaching former miners computer coding and beekeeping are also aiding the transition away from fossil fuels to a greener future.

Coal miners once found roles in West Virginia and Wyoming, and now alternative energy training programs in those states offer new hope. For example, there’s Solar Holler in West Virginia, whose goal, according to their website, is to revitalize Appalachian communities with solar power. They’re working with Coalfield Development to train people to become solar panel installers. Coalfield Development is also rehabilitating buildings and starting an agriculture program, including transforming an old mine area into a solar-powered fish farm, according to The New York Times.

Or there’s Goldwind Americas, a wind turbine manufacturer offering a training program for coal miners that started earlier this year in Wyoming. The miners could help construct a massive wind farm, and the company will employ up to 200 workers to maintain the farm after it’s built.

Appalachian Headwaters is another organization providing an alternative for former coal miners. They’re turning an old camp into an apiary, with the goal of helping coal workers and veterans get a start in the honey business. Next year, they’ll give around 150 hives to 35 workers either for free or with a no- or low-interest loan.

Solar Holler founder Dan Conant said diversification is important in the area – the solar program so far only trains 10 workers a year. There are challenges in the transition to a clean energy future, but for now, programs like the ones above offer new training and roles for unemployed miners.