5 Amazing Inventions For A Thirsty Planet

by Suzanna Shmurak: Billions of people lack access to safe drinking water. These new inventions aim to fix that… 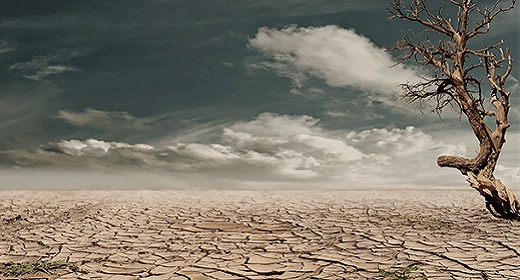 As the earth’s population continues to climb, pressure on the world’s finite amounts of drinkable water has increased markedly. UN Water, the United Nations’ water agency, reports that 40% of the global population already deals with water scarcity. By 2025, the agency predicts that two-thirds of people worldwide may live in “water-stressed conditions.”

Climate change and land management practices have brought increasingly long and intense droughts to some regions, while in others, sources of freshwater have been contaminated with chemicals, heavy metals, or bacteria, making them unsafe to drink.

Thankfully, researchers are innovating ways to create safe drinking water for those in water-stressed regions. Here are five recent inventions that could change the way people source water in coming years.

Food Waste as a Water Filter

In a recent paper published in the Journal of Chemical Technology and Biotechnology, researchers at the Universidad de Granada, together with partners at Mexico’s Center for Electrochemical Research and Technological Development, and Center of Engineering and Industrial Development, reported they had created an effective water filtration method using citrus peels to capture contaminants.

When dried and treated with a process called Instant Controlled Pressure Drop, the peels become more porous and expand in surface area, allowing them to capture pollutants and hold them on their surface, where usable substances can be harvested for reuse. Placed into columns like those used at wastewater treatment plants, the prepared peels filtered contaminants as well as more typical carbon-based filters. However, because the peel-based filter holds contaminants on the surface rather than absorbing them like other filtering materials, metals and other useful materials may be recaptured, keeping them out of landfills.

An estimated 38 million tons of citrus peels are discarded annually, adding to the planet’s enormous waste problem. In addition to effectively filtering water for human consumption, this innovation addresses the problem of food waste by finding a useful purpose for the peels.

A paper in the journal Water Research reports that the innovative use of gravity and biofilms may help to greatly reduce the cost of treating non-potable water. Researchers at the University of British Columbia have developed a system that relies on gravity to do most of the work of filtering out contaminants, which typically clog filter membranes that then require costly cleaning. To limit the need for cleaning further, the team put beneficial bacteria to work digesting contaminants trapped by the filter. The elegantly simple design, says lead author Pierre Bérubé, allows “gravity and biology to do their thing” and “means significant savings in time and money over the lifetime of the system” when compared to membrane-based systems currently in use. Study authors believe this simplification and consequent cost savings may lead to far more widespread use of this type of filtration system.

Though over 95% of the Earth’s water is held in oceans, making that water drinkable has proven a challenge. Traditional methods of producing potable water from seawater require a good deal of energy to make and to run, giving them a hefty price tag as well as a significant environmental footprint.

Researchers at the University of Manchester have developed a sieve using graphene oxide that can remove salt from seawater using less energy than other methods currently in use. Graphene, a lattice composed of a single layer of carbon atoms, has excellent tensile strength and has been studied for this use in the past. However, graphene is costly and difficult to produce in the quantities needed for such applications. The graphene layer must be carefully drilled to create correctly-sized openings to prevent salt from getting through. Lead researcher Dr. Rahul Nair explains that with graphene, “You have to make a membrane with a very uniform less-than-one-nanometre hole size to make it useful for desalination. It is a really challenging job.”

The graphene oxide Nair’s filter uses, on the other hand, can be made easily in a lab on a porous surface that forms an effective sieve for filtering salt without further work needed. Previous attempts to make graphene oxide sieves ran into problems when the material swelled in water. The Manchester team discovered that an epoxy resin could inhibit this expansion, paving the way for using inexpensive graphene oxide to develop cost effective membranes for seawater filtration.

Researchers at the Rochester Institute of Technology have become the first to apply carbon nanotube technology to water purification. According to a recent paper published in Environmental Science Water: Research and Technology, carbon nanotubes may be both more effective and more sustainable for water filtration than the silicon gels and activated carbon most commonly used for water treatment. They may also prove useful for environmental remediation.

Carbon nanotubes are approximately fifty thousand times smaller than a human hair’s width. Researchers developed new methods for isolating nanotubes best suited to water filtration. These tiny tubes attract and store contaminants while repelling water, making them highly effective for filtering water. Particularly useful is the fact that they can be easily cleaned and reused again and again. While researchers have often used carbon nanotubes in fuel-cell development, using them for water filtration is a novel application. Co-author Reginald Rogers commented, “This type of application has not been done before…Nanotubes used in this respect is new.”

Harvesting Water from the Air

In regions where there’s little water to filter, pulling it from the air may be the surest way to alleviate water scarcity. A team of researchers at the University of California, Berkeley and the Massachusetts Institute of Technology has designed a solar-powered water harvester using a material called a metal-organic framework (MOF), which combines metals with organic material to store liquids and gases. They created an MOF made from zirconium and adipic acid designed to store water vapor.

While other water harvesters work only in high-humidity conditions, this invention can pull water from air at low humidity levels, particularly important in arid regions. And unlike other technologies requiring fuel to power water extraction, energy for this machine comes from the sun. The MOF absorbs water at night, and the heat of the sun during the day releases the water, which is then collected.

The team’s prototype extracted three quarts of water in a twelve hour period. UC Berkeley chemistry professor Omar Yaghi commented, “This is a major breakthrough in the long-standing challenge of harvesting water from the air at low humidity.”

Meeting the demand for water on a planet of 9 billion will require a great deal of ingenuity. These inventions offer hope for a thirsty planet.