Study: 100% Renewable Electricity Worldwide Is Feasible, And Cheaper Than Business-As-Usual

by Sami Grover: Solar plus storage could literally change the world… 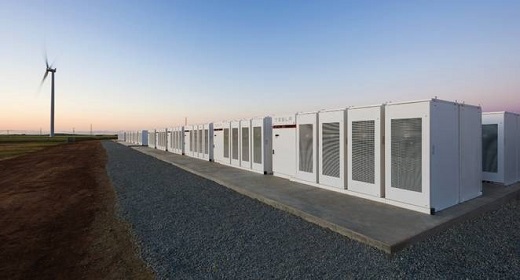 Currently, the global electricity sector amount to 11 Gt of CO2 equivalent. According to a new study from German non-profit Energy Watch Group and the Lappeenranta University of Technology in Finland, that could be brought down to zero by 2050—and perhaps even sooner—through a transition to 100% renewable electricity, combined with significant energy storage.

The study, entitled Global Energy System Based on 100% Renewable Energy Power Sector, was released at the COP23 UN climate summit in Bonn, and makes the claim that not only is this transition feasible, but would actually end up costing less than business-as-usual too. According to the study’s modeling, the total levelized cost of energy would come down to 52 euros per MWh by 2050, compared to 70 euros today. And the transition would create 36 million jobs in the process too.

Of course, I’m sure there will be plenty of naysayers who argue that this just isn’t feasible. And there will be others who say that 2050 just isn’t fast enough. To the former, there’s not much I can say. To the latter, it’s worth noting that the study models a more than 80% drop in emissions between 2020 and 2030, with the period between 2030 and 2050 being used to wean the system more gradually down to zero. (Remember, too, most cars will be electric by then — or gone.):

Critically, while the report’s authors emphasize that all types of renewable energy and all types of energy storage, efficiency and demand management technologies will be needed, they envision an increasing amount of the heavy lifting to be done by solar plus battery storage as costs drop. (Wind will briefly outcompete solar in the 2020s, but will eventually be eclipsed.)

This isn’t, of course, the first time we’ve heard claims that 100% renewable energy is possible. But it’s yet another data set suggesting a path forward. In fact, with favorable policy support like phasing out fossil fuel subsidies (yes!), promoting research and investment into renewables, and moving from emissions trading to a tax on carbon, the reports’ authors claim that the transition could be complete even earlier than 2050.