9 Things The Swiss Get Right About Healthy Living

It’s no secret that global obesity is on the rise. Since 1975, obesity has nearly tripled worldwide… 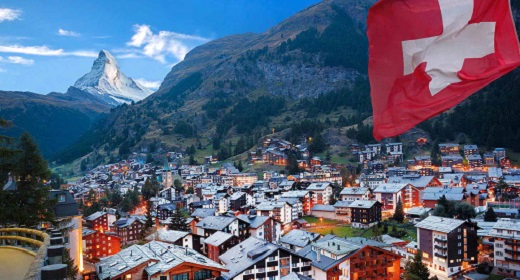 And, as we know from the latest data from the Centers for Disease Control and Prevention, 36.5 percent of Americans (or 1 in 3 adults) are considered obese. But why exactly is that number so much lower in European countries like Switzerland, where just nine percent of the population is obese?

To get some potential answers, I immersed myself in Swiss culture. Literally. I live here now. And, lo and behold, some fascinating health trends emerged. Spoiler alert: They eat cheese and bread and drink wine too.

No “light, sugar-free, etc…” items on the menus or in the markets. Yep, no fake fillers out here. The focus of meals is on real, whole foods. While they do use butter, oil, and seasonings, the majority of the flavor comes from fresh herbs, seasonal produce, and cheese.

2. Dining is a social gathering experience with mindfulness at its center.

Friends gather and sit around the table for hours. Waiters are in no rush (so please, remember that when dining here). There aren’t two patties to a burger or a pound of cheese on pizzas. While most people do tend to order and occasionally finish a 12-inch pizza on their own, it’s a crispy, flat crust that is loaded with flavor from fresh veggies, sparse amounts of cheese, and even the occasional preserved meat (like prosciutto). People use a fork and knife and cherish the eating experience, without shoveling bite after bite into their mouths.

3. The markets aren’t open 24 hours, and they’re closed on Sundays. Every single one.

How many times have you run to the market to grab a last-minute ingredient, only to add a few other impulse purchases to your cart? Or done a late-night ice cream and bag of chips run? That doesn’t happen out here. While I don’t see the U.S. markets following suit, I do challenge you to try it for yourself. Can you limit your store hours to just a Saturday excursion between the hours of 9 a.m. and 6 p.m.?

4. Fast-food restaurants aren’t on every corner.

I made the loop around the entire country of Switzerland. With more than 1,000 miles traveled, there was only one rest stop with a fast-food chain. And in the more remote areas of the country, you can’t even find a McDonalds.

In a month living here, I’ve totaled more than 20,000 steps daily. Sure, if you live in NYC or a more walkable city, this may be the norm for you. But in the burbs of most towns, even if you’re a gym rat, it’s rather hard to rack up that many steps in a day. But not in the Swiss Alps. Going to work? Walk to the train. Going to dinner? Walk to the next town to grab a bite. There are walkable paths all over the city with family-friendly parks along the way. Getting out, moving, and enjoying family time has never been so easy.

Americans, myself included, love to snack. But out here, I’m struggling to find my go-to snacks. And for good reason. Swiss people prefer mindful meals with their families or colleagues versus snacking over their computers throughout the day. While they may take what seems, to us, like an unusually long lunch (*gasp* one hour!), they enjoy their meal and return satisfied and ready to get on with their work.

7. Drinks are a part of most meals, and I’m not talking about water.

Yes, alcohol, even at work lunches, is the norm. While I still can’t wrap my head around a nooner Panache (a.k.a. watered-down light beer with a beverage like Sprite), perhaps it’s something I need to try. Just a guess, but since obesity is also correlated with stress, maybe there’s something to be said for a 12 p.m. drink!

8. Sporting events are focused on the sport, not the food.

Have you ever been to a professional sports game without seeing an array of endless food (and sponsors) at every turn? I didn’t think so. Swiss pro hockey games (like many other sports) have fewer than five food vendors. And get this, they aren’t even inside. You have to exit the stadium with your tickets every time you want a bag of mixed nuts, a bratwurst, or a beer. Hey, at least you’re getting more steps in that way, right?

Quality shut-eye is a key component of self-care and crucial for making better choices. While I found a great local gym to join, most people spend fewer than 10 to 20 minutes total on a cardio machine and instead focus their time on short bouts of weight-lifting with the intermittent bouts of high-intensity cardio. Perhaps HIIT trainingreally is the best workout?

In any case, if you’re thinking about giving up wine and cheese as your New Year’s resolution, maybe attempt to put some of these practices into place instead. You never know which healthy habits might stick!