Learn How To Work With Fungi For Food, Medicine, & Remediation

by Derek Markham:Mycologos, the world’s first online mycological institute, aims to make the study and application of fungi accessible and approachable for more people… 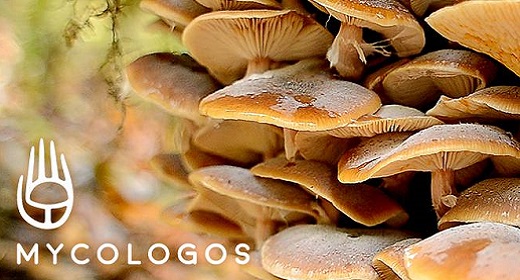 We’ve been hearing that fungi will save the world for years now, and although stories about novel uses and applications for both mushrooms (the fruit) and mycelium (the body) are often covered in TreeHugger, it’s often at least one step removed from us. We may be able to buy some those mushroom-based products eventually, but other than caring for a pre-grown home mushroom kit ourselves (which is a pretty cool introduction to culinary ‘shroom growing), how many of us actually know how to cultivate fungi for food, medicine, or soil health?

One big takeaway I got from a talk by Paul Stamets was that it’s a mycelium’s world, and we’re just living in it. There are fungi on plants, in plants, on plant roots, in the soil, on rocks, on and in our bodies, and we’ve only just scratched the surface of the world’s mycological activity. It’s been estimated that of the some 6 million species of fungi on Earth, only about 1.5% of them have been classified, and less than 100 species are regularly cultivated for human use, while only several dozen species are commonly grown for food (and only 7 of those are grown on a large scale). And yet fungi are nature’s great recyclers (molecular disassemblers), capable of breaking down complex materials and driving decomposition processes, and they perform a great many key ecological processes – without which we’d be head-high in waste, which begs the question of why practical mycology is so relatively unknown.

When you consider the amount of information we currently have available about gardening and farming, and the accessibility of seeds, starts, and equipment for growing them, an average person can start growing food and other plants fairly easily. However, when it comes to growing fungi, there can be fairly steep learning curve involved unless you go the way of buying a pre-spawned mushroom kit, which can be rewarding but is more of a novelty than a learning experience. That’s not to say that mycological information, both technical and practical, isn’t out there, because books and videos and forum posts and equipment are certainly available online, but growing mushrooms at home can seem to be a rather daunting hobby to begin. However, that’s beginning to change, in part because of the efforts of people such as Peter McCoy, who founded the Radical Mycology Collective and wrote Radical Mycology: A Treatise On Seeing & Working With Fungi.

“In recent years, mycology has proven to be both an incredibly important field. With the potential to alleviate food shortages, improve the health of humans and many animals, and even stop the spread of most pollutants, it seems fungi are an ended wealth of potential answers to big problems. And yet, the science and skills of mycology have remained nearly impossible to learn throughout the last few decades. Until the launch of Mycologos, only a few institutions around the world tackled the topic to any appreciable depth. Most universities don’t even have mycology departments.” – Mycologos

In a bid to take mycological education to the next level, in terms of scale, accessibility, and practicality, McCoy is now working to launch what he calls “the world’s first fungi school.” This project, dubbed Mycologos, is currently in the middle of a successful crowdfunding campaign, and it aims to deliver high quality video courses online, as well as offer in-person courses and apprenticeships at a Portland-area demonstration fungi farm.