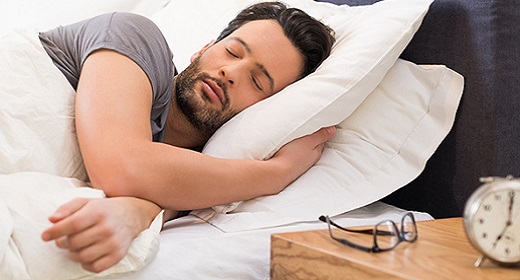 This rhythm of rest and activity pervades nature and affects every creature. But human beings are unique, because only we use sleep to restore body, mind, and spirit.

However, modern life works against sleep and its restorative powers. Around 30 percent of Americansget less than 7 hours of sleep per night, and among single mothers, this rises to 47 percent. The negative side of sleep disorders has gotten the most study, but let’s focus on the positive side: the benefits derived from 7 to 9 hours of good sleep. Good sleep is uninterrupted; you sleep through the entire night. It isn’t restless, and there are extended periods of REM or dream sleep.

The benefits begin with sharp mental functioning throughout the day, abundant energy, freshness, positive moods, and consistent alertness without stretches of fatigue and dullness. Good sleep is connected via hormonal rhythms to regulated appetite, while poor sleep is associated with lack of impulse control and weight gain.

To bring you these benefits, here are five positive lifestyle changes you can adopt as new habits. Each conforms to Ayurvedic principles and modern sleep research:

These seemingly simple practices, which many people would overlook or focus on intermittently, work together in a powerful way. You are changing the feedback loop that connects mind and body. Instead of sending mixed signals, you are conveying one unified message: relax. If this message is backed up by regular intention every night, pathways in the brain associated with biorhythms will begin to fall into their natural pattern of rest and activity.

“Relax” means lowering external stimulation like light and sound in the bedroom. It means easing the thinking process so that the hypothalamus, which is a brain region critical for regulating many bodily rhythms, is allowed to be heard, chemically speaking. Relax also refers to the gut-brain feedback loop. By not eating two hours before bedtime, your digestive tract tells the brain that extra energy an activity doesn’t have to be fired up. But at the same time, the brain realizes that it doesn’t need the extra energy produced by digestion.

This whole interrelated feedback sets the stage for the body-mind system to let sleep happen as naturally as possible. Such changes are much more preferable than over-the-counter or prescription sleep aids, which force an unnatural state of sleep and actually take the brain in the opposite direction you want to go. Try these changes for yourself, adding a simple Ayurvedic daily regime that balances your doshas as comfortably as possible. The results will benefit you for the rest of your life.