5 Vegetables That Are Healthier Cooked

Boost nutrition and flavor with these tips… 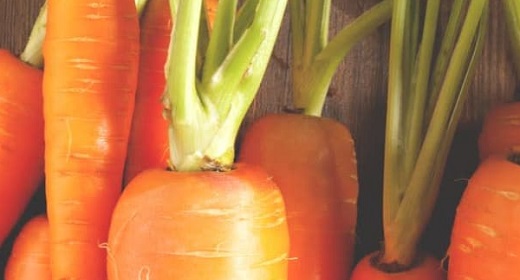 While the most important thing is to eat a variety of vegetables prepared in a variety of ways, sometimes cooked vegetables are better than raw. “Common wisdom says cooked vegetables have fewer nutrients than fresh ones, but that isn’t always the case,” says Amy Keating, a dietitian at CR. “Many nutrients in fruits and vegetables are bound in the cell walls. Cooking breaks those walls down, releasing the nutrients so your body can absorb them more easily.” Below are five foods you should heat before eating, plus tips on how to unleash their full potential in terms of nutrition and taste.

Cooking ignites this veggie’s cancer-fighting carotenoids, the nutrient responsible for its orange hue. A 2008 study in the Journal of Agricultural Food Chemistry found that boiling carrots until tender boosted their concentration of carotenoids by 14 percent. But hold the fry pan! Pan frying caused a dip in carotenoid levels by 13 percent.

Try this: To maximize the nutritional benefits, boil carrots whole before slicing. Cooking them that way keeps valuable nutrients from escaping into the cooking water. Added bonus: Once cooked, they’ll be easier to cut. Top with a tiny bit of honey or maple syrup to bring out the natural sweetness of carrots.

A cup of cooked white mushrooms has about twice as much muscle-building potassium, heart-healthy niacin, immune-boosting zinc, and bone-strengthening magnesium as a cup of raw ones. That’s according to the Department of Agriculture’s nutrient database. Even mushrooms considered edible can sometimes contain small amounts of toxins, but they can be destroyed through cooking.

Try this: Mushrooms are like sponges when it comes to soaking up fat, so go easy on the oil. Because they release a lot of water when cooking, don’t overcrowd the pan, and let them cook down. For a flavor boost, try sautéing mushrooms with garlic and sprigs of fresh thyme. Serve as a side dish alone or mixed into cooked whole grains, or use them as a burger topping.

The leafy green is packed with nutrients, but you’ll absorb more calcium and iron if you eat it cooked. The reason: Spinach is loaded with oxalic acid, which blocks the absorption of iron and calcium but breaks down under high temperatures. A study found that cooking spinach quickly in boiling water, then plunging it into cold water, reduced oxalate content by 40 percent, on average, which was more effective than pan or pressure cooking.

Try this: Blanch a bunch of fresh spinach leaves in boiling water for 1 minute, then plunge in ice water for a few more. Drain well and keep wrapped in the fridge. “This makes it easy to add a serving of vegetables to omelets, soup, and other dishes,” Keating says. Cooked spinach should keep a few days.

A study in the International Journal of Food Science & Technology found that cooking these stalks raised the level of six nutrients, including cancer-fighting antioxidants, by more than 16 percent. Another study in the International Journal of Molecular Sciences found that cooking asparagus more than doubled the level of two types of phenolic acid, which some studies have linked to lower cancer rates.

Try this: To keep spears crisp and help them retain nutrients, dunk them whole into a pot of boiling water. Watch carefully and remove them with tongs as soon as they turn bright green. Toss with lemon juice and olive oil; a little fat helps your body absorb the antioxidants in asparagus and other vegetables.

With tomatoes, whether they’re baked, fried, or even puréed into spaghettisauce, heat increases a phytochemical, lycopene, that has been linked to lower rates of cancer and heart disease. It also gives red tomatoes their rosy color. According to a 2002 landmark study, heating tomatoes for 30 minutes at 190.4° F (the temperature of soup simmering on a stove) boosted the levels of absorbable lycopene by 35 percent. Though cooking reduced the vitamin C content, the study found that it raised the total power of the disease-fighting antioxidant by 62 percent.

Try this: Instead of serving raw tomatoes cut up in a salad, try roasting them in the oven. Roasting concentrates their flavor, Keating says. Arrange quartered tomatoes on a sheet pan in one layer, drizzle them with olive oil and balsamic vinegar, sprinkle with garlic, salt, and pepper, then bake for about a half-hour at 200° F. You can use them as a side dish, on sandwiches, or tossed in salads.