How Electronics Affect Your Sleep And Dreams: The Scary Truth

Most people watch TV or some other screen before bed… 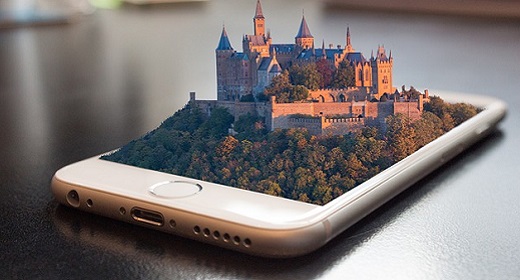 It could be reading a e-book on your kindle, checking out your email on your iPad, But is it good for your dreams and sleep?

Within the last few years, experts have found out that our screen time could be disrupting our sleeping massively. Because rest is so important to your brain health, stress management, and memory we might be harming ourselves without even knowing it.

Let’s have a look at what the actual research has figured out about our bedtime rituals, how our gadgets affect rest, and what we can do to increase our quality sleeping time.

According to the National Sleep Foundation, their research discovered that 89 percent of individuals and 75 percent of children have at least one electronic gadget in their bedroom. In addition, they reported that most people USE an electronic device within the hour before bedtime. Scientists have grown to be interested if the light emitted by our devices, since it could be harming our sleep quality.

A recent published study shows that these claims are true. In the study, they took 12 volunteers and put them under different conditions prior to going to sleep. The individuals read for 4 hours before bedtime for 14 days.

They pointed out that melatonin – the chemical substance that helps control our sleep habits – was reduced by 50 percent in those who read with gadgets. These levels also delay our natural circadian rhythms for about one hour and a half. Those that used electronic devices also required about ten minutes longer to fall asleep and also got about ten minutes less deep rest – or REM in the night time. The participants in the study also reported feeling much less alert the morning hours after.

While this is one of the most recent studies, it’s not the first. There have been plenty of earlier research has been taking a look at the effects of devices on sleeping patterns and exactly how their light influences our melatonin creation.

One study monitored the regularity of media consumption in bed before sleeping in 532 students. The results showed that computer and phone use was associated with sleep problems and symptoms of insomnia.

More interesting, though, was that other devices – like TVs or tablets – didn’t show this link. Although these studies are a good first step, there’s still some unanswered questions. What exactly happens with us? How extreme does indeed the light need to be? How much will it really influence our melatonin levels?

We already know that electronic devices have an uncanny ability to hold our attention. Regardless of whether it is browsing email or playing games, they keep our attention locked in. It might be this feature mixed with extreme lighting that could be the guilty party. Research from Michigan University ran two studies with professionals and employees to screen the result of smartphone consumption before sleep.

It was discovered across both studies, that night time use of smartphones for business purposes lowered rest time. In addition, it REDUCED their energy the very next day. Oddly enough, they noticed that smartphone devices possessed larger unwanted effects than other digital devices such as TVs and laptops.

This might be because we hold our smartphones right next to our faces, and often check them while its dark and we’re already in bed with the light off!

Research that focused specifically on teenagers and their phones discovered that night time texting negatively impacts sleeping and school grades. Scientists accumulated data from teenagers about texting and academic performance.

Another interesting finding from the analysis showed that there was no drop in performance for the people who texted while the lights were still on.

Where digital devices are involved, there are many guidelines you could use to help you sleep. At least dimming the lighting on your devices and ensuring you are keeping them at least 14 inches from your face.

This will certainly reduce the possibility that the light will disrupt your normal melatonin development. Other information from research suggests disengaging from your digital devices one hour before sleep.

Finally, another recent study discovered that getting a great deal of day light throughout the day may get rid of the aftereffect of blue light from devices used during the night. Researchers discovered that melatonin levels in saliva examples were the same for communities that read paper literature or from tablets.

Source: How To Lucid