How Will Solar Be Used In 20 Years?

The Earth is constantly bombarded with 173,000 Terawatts of solar energy… 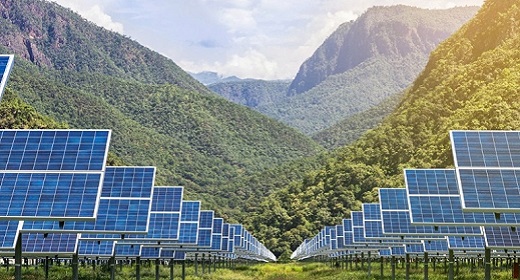 This is 10,000 times more than the Earth’s total level of energy consumption. For the past 40 years, mankind has tried to harness this energy in the form of an ever-growing global solar industry, determined to end our costly reliance on fossil fuel sources.

The story of solar power is one of progress. We have made great strides since the inception of this technology back in the 1970’s. But where is the solar industry going in the next 20 years? How will we use it? Will it be more widespread? We can most accurately predict the future growth of solar by examining its rise over the last 20 years and taking a look at what scientists are working on today for the advancement of tomorrow.

Solar prices have been in a constant state of freefall since the 70’s. Back in 1975, panels cost $101.05 per Watt and the world boasted an installed solar capacity of only two megawatts. In 2018, panel prices have fallen as low as a mere $0.65 per Watt, while global solar capacity has increased to an excess of 303 Gigawatts.

Looking back 20 years, we can see that 1998 solar prices were $12 per Watt, meaning that costs dropped a total of 94% in two decades. Assuming that solar rates continue to fall at the same rate of decline, then by 2038 we should see panels priced at just $0.04 per Watt. (More on affordable solar panels at PowerScout.com)

It has been estimated that, thanks to increased affordability, humanity could see 20% of global energy consumption attributed to solar powerby 2027. If trends stay the same for the following decade, could we stand to see 40% of global power produced by solar in 2038?

Silicon, the material used to create most solar panels, has an absorption efficiency rate of only 16% to 20%. Scientists are hoping to increase efficiency in the years to come by crafting panels from new materials. Many believe that perovskite solar cells hold the key to unlocking a more efficient solar future.

A switch to perovskite would help the solar industry in a number of ways. First, these cells would be far more affordable to produce and install thanks to its natural abundance. Perovskite could totally replace traditional silicon cells or they could add to existing silicon structural designs,creating a top layer that would maximize efficiency.

Early hopes for perovskite cells call for an efficiency level of over 31%, which would lead the solar industry into a more prosperous future.

Photosynthesis is a natural form of solar energy creation utilized by plants since the dawn of time. Scientists believe that by looking into research on bio solar cells, they can harness the power of plant-based energy production for the betterment of all.

Bio-solar cells use biological materials like bacteria to try and artificially re-create photosynthesis. The only issue plaguing this advancement is a lack of efficiencywhen compared to traditional solar panels.

Utilizing Unused Open Space on Earth and Beyond

Unused land in prime solar locations are becoming hot spots for large solar farms. We’re already beginning to see land leases pay off up to $40,000 per year for farmers who have offered their unused open spaces for renewable energy production. But the answer to the world’s energy crisis could come from desert land in the vast Sahara of Northern Africa.

A large-scale plan called Desertec was concocted back in the 1980’s, when a German physicist realized that the Sahara dessert consumed enough solar energy in just a few days to power the entire planet for a year. By installing massive solar farms in the Sahara, it is believed that we could export cheap renewable power globally. 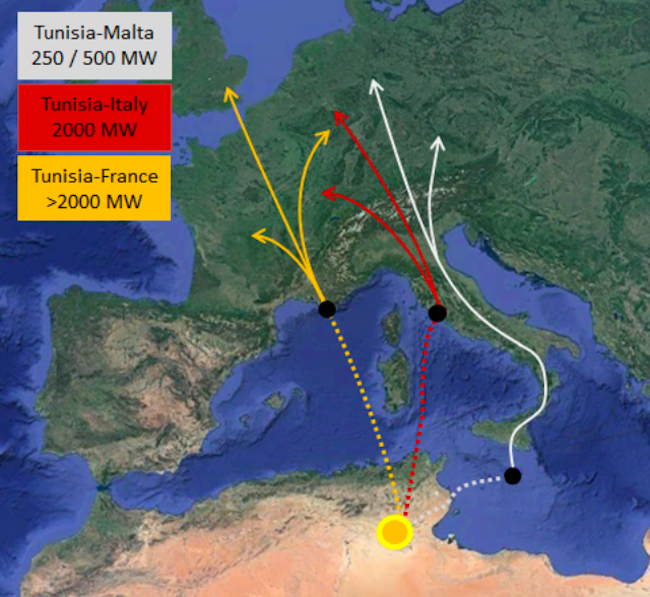 Some believe that the future of solar power has outgrown land itself. Ciel & Terre, a French company, has created a series of floating solar farms, which sit on the surface of inland water bodies to soak up an abundance of direct sunlight. At a time in which environmentalists fight to preserve open land space, utilizing irrigation reservoirs to create renewable power could be a positive ecological alternative to ground-mount solar farms. Ciel & Terre are already trialing this concept off the coast of the United Kingdom, with projects in France, Japan, and India to follow soon after.

Perhaps the most ambitious solar generation concept to date comes from the Japanese Space Agency (JAXA), which is seeking to bypass climate issues completely by installing solar panels in space. These satellites would have direct unobstructed access to the sun’s rays. Cloud cover would never be an issue again. All gathered energy would then be transmitted wirelessly back to the surface through microwaves. JAXA hopes to produce a solar satellite with a one Giggawatt production capacity sometime in the 2030’s.

A Bright and Shining Future

Fossil Fuels are drying up, and the process of mining them creates environmental issues that have contributed to irreversible climate change. Only by embracing sources of natural energy like solar will we create a sustainable tomorrow and a renewable world for generations to come.